In January 2020, Tony Camilleri’s Toro Loco in Farmington won over greater Hartford diners with its take on authentic Mexican cuisine, highlighted by tacos on housemade heirloom corn tortillas. Almost exactly a year later, he and his partners are bringing the same passion and attention to detail to Spanish tapas.

“Toro Loco is pretty much Mexican with Spanish influences, and here we kept it more like Spain, if you were walking around San Sebastián and hitting the little tapas bars,” Camilleri says. “This one stays mostly heavily focused on Spain, with a little Mexican influence here and there.”

The two restaurants do have one big factor in common: their menus are entirely gluten free, with an emphasis on items made with corn, rice and yuca.

Patatas bravas, one of Spain’s most popular tapas plates, are served in five different presentations. A traditional recipe has salsa brava and aioli, but here they’re gilded with toppings like truffle aioli and Parmigiano cheese, jumbo lump crab and guacamole, chorizo and fried egg with jamón serrano. “A lot of the tapas bars over in Spain specialize in one thing, and there are ones that just specialize in bravas,” Camilleri says. “You can mix and match different sauces and ingredients … I kind of brought a little bit of that version to this menu, and we’ll change up the flavors differently seasonally.”

Picaduras offer the tapas experience, with about 20 small plates featuring meat, seafood and vegetable options. From the sea, there’s calamari frito with pimentón aioli, mussels with saffron and chorizo picante, and pulpo, or grilled octopus tentacle with potato, lemon aioli and olive chimichurri. Red pequin chiles scattered in the gambas peri peri dish are tiny but mighty, packing a fiery punch amid the garlic and herbs bathing the small shrimp.

Albondigas, or pork and beef meatballs, are cooked in jamón tomato sauce, and pork belly bites get a membrillo-Nora chile glaze. Beef braised in Rioja wine is served with crispy onion and crunchy corn quicos. Meat-free options abound, too, with a traditional tortilla Española, braised greens, cauliflower “hummus” with harissa, and potato croquettes with Manchego. Pintxos — skewered bites of beef, chicken, shrimp, chorizo, mushroom or swordfish — are prepared with accompanying sauces and served with corn tortillas.

All of Toro Taberna’s desserts are gluten free, including churros made with rice and yuca flour; a rich, caramel-inflected flan and a Mexican chocolate cake, laced with cinnamon and topped with pepitas.

“We wanted this to be everyone’s neighborhood bar-slash-restaurant where they can come in and have multiple experiences,” Camilleri says. “You can come in and just have meat, cheese and wine. If you want, you can get a couple of tapas, or if you want something bigger, you have our paella and fideos. There’s a lot of options as far as how hungry you are or what kind of experience you want to have.”

At the bar, wines are heavy on selections from Spanish and South American producers, and curated cocktails feature a seasonal gin and tonic, a “Piggie Smalls” libation with jamón Serrano-infused bourbon and maple syrup, and a “Poppin Pomegranate” with gin, elderflower, housemade grenadine and cava. Toro Taberna borrows some inspiration from its Farmington sibling, with a tequila stone fruit punch and margaritas by the glass or carafe.

The restaurant now serves brunch on Saturdays and Sundays from 11 a.m. to 2 p.m., with dishes like fried chicken and churros, shakshuka and carne asada “steak and eggs” with build-your-own mimosas and Bloody Marys.

Next up: Camilleri and team are opening another location, Toro Loco Street Food in West Hartford’s Blue Back Square, next to the Whole Foods supermarket. Slated for a mid-to-late June launch, the fast-casual restaurant will offer tacos, street food favorites and margaritas, with an outdoor patio. 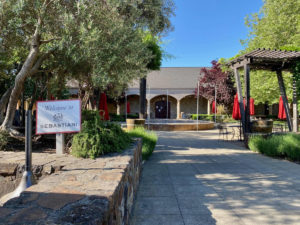 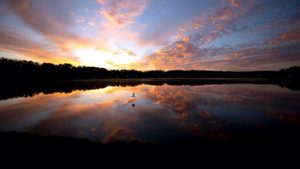 For the road tripper, Meridian is like the Statue of Liberty, lifting up her torch beside the golden door. You’ll want to walk through that … END_OF_DOCUMENT_TOKEN_TO_BE_REPLACED 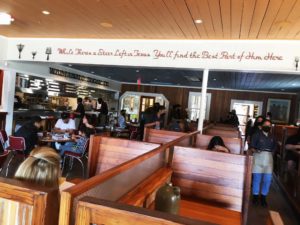 Mama’s Cafe, which has been a San Antonio mainstay since 1981, is back in business after nearly two years of extensive renovations. Located on … END_OF_DOCUMENT_TOKEN_TO_BE_REPLACED