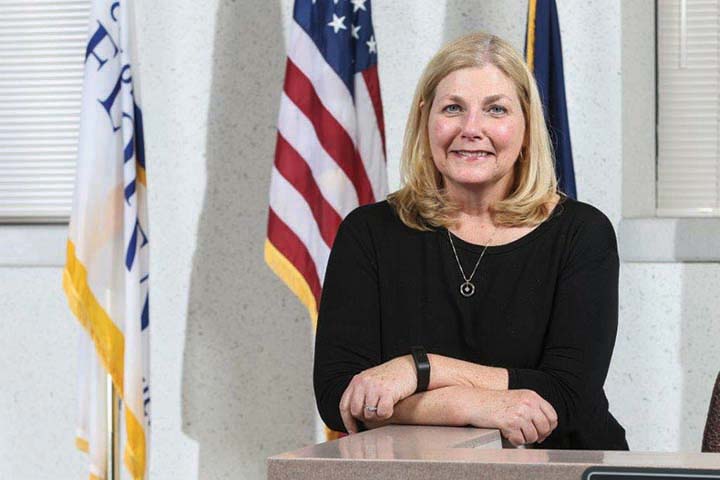 (Editor’s note: The March issue of  The Lane Report features our semi-annual list of the Top Women in Business. At lanereport.com, we’re shining the spotlight on one of the honorees each day. Day 5: Diane Whalen, mayor of Florence, Ky.)

Our occasional feature, Top Women in Business, highlights some of the women in and around Kentucky who are making an impact in business, the professions, politics and economic development. The intent is to recognize not the household names, but those in key roles whose work ethic and body of work are making important contributions to commerce—and life—in the area.

The 12 women featured in this issue are among the many such women The Lane Report editorial board has identified. From automotive manufacturing plant president to hospital executive, and economic development director to law firm leader, these women are forging their own paths, proving that hard work, perseverance and creativity pay off. And for the first time in this series, we’re shining a spotlight on some of Kentucky’s top female television personalities, offering a glimpse behind the camera.

Diane Whalen was born in Florence. She loved it so much, she never left. Whalen has served as the city’s mayor for 22 years. During that time, Florence has seen nearly $1 billion in capital investment and thousands of new jobs.

Title/company: I’m in my 22nd year as mayor of Florence. I served two years on the Florence City Council as vice mayor prior to my election to mayor.

Previous positions: Family office manager for the owner of a manufacturing company; director of communications at the Cincinnati/Northern Kentucky International Airport (CVG) during its unprecedented growth as a Delta hub; bookkeeper for the Home Builders Association of Northern Kentucky; bookkeeper/assistant city clerk for the City of Florence.

My top accomplishment: No accomplishment is mine alone. I am just fortunate enough to be mayor of a city that I love and that has proven to be a piece of the economic engine that is Northern Kentucky. The city population has gone from approximately 23,000 to about 32,000 during my tenure. I have the privilege of leading the town that I grew up in and am invested in. I play the long game when it comes to my community. It’s not just what is good for the city today, but what will make the city a better place well into the future. One thing that I worked on through three administrations in Frankfort was … obtaining $13 million to completely reinvent Florence Mall Road. It was that investment that ultimately led Costco, Menards, Dave and Busters and other businesses to locate in our community. It also created a place for future reinvestment by the property owners along Mall Road.

The person(s) who most influenced or mentored me: I developed my love for the community by watching my father, who was the mayor of Florence from 1961 to 1981. He was a visionary and built the foundation that has allowed Florence to flourish. The jobs that I have held since further pushed me into public service and engagement, in particular working for Ted Bushelman at CVG. Former Mayor Evelyn Kalb encouraged me to run for office.

My advice to younger women in business: Choose your goals, don’t sell yourself short, and realize early on that you cannot make everybody happy.

Something I love doing: I love to read when I have time. I love to travel and see new things. I love the ocean and the beach, so I usually opt for a destination that includes those things. I also love California wine country and learning about all the different varietals that go into making wine.

One important skill everyone should have: The ability to listen, and make the decisions that are in the best interest of most. “The good of the many outweigh the good of the few, or the one.”—Capt. James T. Kirk and Mr. Spock.

An important personal attribute I bring to my job: Integrity. My father told me when I started my career in government service that I must always tell the truth, because it is the only way to operate, and because if the truth is the basis of all your discussions, then you don’t have to worry about remembering a lie.

Home Videos The WORLD of WINE – Wine News. Cheap wine, tasting notes and cooking with wine The World of Wine – May 2021 … END_OF_DOCUMENT_TOKEN_TO_BE_REPLACED

How to visit Napa Valley on a Budget. In this video Carson and I explain a few ways to enjoy Napa on the cheap. Tip and advice about how to visit Napa … END_OF_DOCUMENT_TOKEN_TO_BE_REPLACED

Home Videos Get To Know Argentina Wine | Wine Folly If you love Malbec, Argentina is your ultimate wine region. But that’s not … END_OF_DOCUMENT_TOKEN_TO_BE_REPLACED