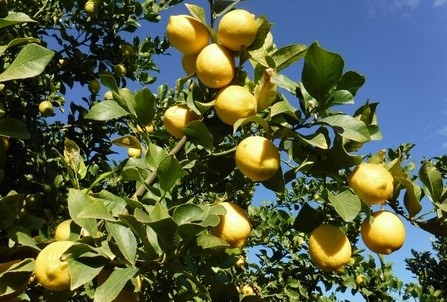 A winemaker was recently lamenting the continuing decline in the size of the South African vineyard for the past decade and more: at the end of 2019 it was down to 92 067 hectares, having fallen relentlessly each year since 2006. Back then, the total hectarage was 102 146. Now, it seems pretty likely that the real current figure is actually lower than the official one because of delayed or neglected reporting of vineyards pulled out or simply abandoned.

Furthermore, the recent drought years and the problems of dealing with bulk-wine grapes following the Covid-19 lockdowns are likely to exacerbate matters. Probably, said my worried winemaker (expressing a not uncommon view), the total is destined to plummet to about 80 000 hectares – meaning that two decades will have seen a net decline of 20 000 hectares of winegrape vines in South Africa. That is, a loss of approaching 20% since the highpoint of 2006. This will mean, he suggests, a slump in South Africa’s current position in the rankings of the world’s wine-producers, and therefore a diminution of the country’s importance in world wine.

Before coming back to that “therefore” – with which I would disagree – it’s worth looking at some of the figures, especially as Sawis recently released some preliminary figures for the situation at the end of 2020 (the official, fuller coverage of vineyard statistics will come out in a few months).

On the world scale, South Africa is currently at about eighth position in terms of wine production. I say “about” because there are a few other countries around that level, and positions can shift up or down annually, depending on the harvest: Argentina’s and Chile’s production has varied greatly in recent years, and Australian production has also been declining, though less rapidly than South Africa’s.

This important ranking is about production. It seems to be difficult (and probably not all that useful) to establish a ranking of wine-grape hectarages. The easily available area rankings are for ALL grapes (dried, table, juice, etc), and here South Africa comes only 15th (one level behind Australia, incidentally). It’s actually important to note that South African wine production has not slumped along with the size of the vineyards. It seems that the Cape’s grape farmers, with the help of Vinpro viticulturists and the agro-chemical industry, are squeezing more and more out of their vines – and it’s hard not to see this as a substantial problem, because of the probable damaging effects on wine quality and on the health of the vineyards.

Looking at the regions most affected is interesting. For Stellenbosch (which includes Constantia for Sawis’s purposes) over the past two years there was possibly even a tiny increase, and a larger one for hot and irrigated Breedkloof. Paarl and Robertson were also pretty stable. The biggest hectarage drops were in the Swartland and Olifants River, both substantially affected by drought, and perhaps most the Northern Cape.

I haven’t looked further back – this could start getting rather too complicated a picture I’m drawing here. And to really start understanding the situation one would also have to look at the varieties planted and uprooted. For example, the net loss in the Northern Cape appears to be mostly colombard – and chenin and colombard are generally among the big net losers, possibly reflecting the decline in the brandy industry. But red varieties in the Swartland were particularly heavily uprooted – most observers would agree that this is not the terroir for cab and merlot, which were among the most uprooted there.

The real question is: how much of a real loss to the South African wine industry are the vineyards being permanently uprooted (ie, not replaced)? And the answer is, surely, very little, if at all. Have you heard of an uprooted vineyard that makes a wine you care about? (Apart from the much-missed old vineyards for Alheit Radio Lazarus, which finally succumbed to drought after years of neglect and despite Chris Alheit’s loving ministrations.) Apart from high-yield colombard which the brandy industry doesn’t want, it seems likely that most of the vineyards pulled out are (as one viticulturist I spoke to suggested) those producing wine that not even the co-ops want for their cheapest wine – often badly virused, or varieties in unsuitable locations.

It’s not as though most of the lost vineyards are being lost to agriculture. In the Swartland, for example, they are generally replaced by more lucrative grazing-crops or wheat; in the Northern Cape, depending on the quality of the soil, by nuts, table or raisin grapes, maize or wheat; in water-plentiful areas like Robertson by lemons; elsewhere by blueberries.

And surely we want wheat and blueberries and lemons more than we want millions more litres of poor-quality wine for the bottom shelves of northern European supermarkets? They make much more money for the farmers (and hopefully a little more for the agricultural labourers), and for the national fiscus, and benefit the balance of trade.

I suspect that if you asked consumers or professionals around the world which is the more important wine-producing country, South Africa or New Zealand, the majority vote would go to the country that produced only about a third as much wine as South Africa, but at a vastly higher price per bottle.

Roll on the progressive destruction of much of the South African vineyard, at least the part of it that seems incapable of producing decent wine. Though I admit the incapacity is not necessarily in the soil or the climate. It is the toxic legacy of the rule of the KWV in the 20th century, which set the country on a strategy of quantity rather than quality. It’s a strategy which is proving extraordinarily difficult to shake off – and I’m not convinced that what passes for the leadership of the industry has any real capacity to do it. Until it does, let’s have more good wheat and juicy lemons, less bad, unsaleable wine; seems like progress to me.

Help us out. If you’d like to show a little love for independent media, we’d greatly appreciate it. To make a financial contribution, click here. Invoice available upon request – contact info@winemag.co.za

Home Videos The WORLD of WINE – Wine News. Cheap wine, tasting notes and cooking with wine The World of Wine – May 2021 … END_OF_DOCUMENT_TOKEN_TO_BE_REPLACED

How to visit Napa Valley on a Budget. In this video Carson and I explain a few ways to enjoy Napa on the cheap. Tip and advice about how to visit Napa … END_OF_DOCUMENT_TOKEN_TO_BE_REPLACED

Home Videos Get To Know Argentina Wine | Wine Folly If you love Malbec, Argentina is your ultimate wine region. But that’s not … END_OF_DOCUMENT_TOKEN_TO_BE_REPLACED