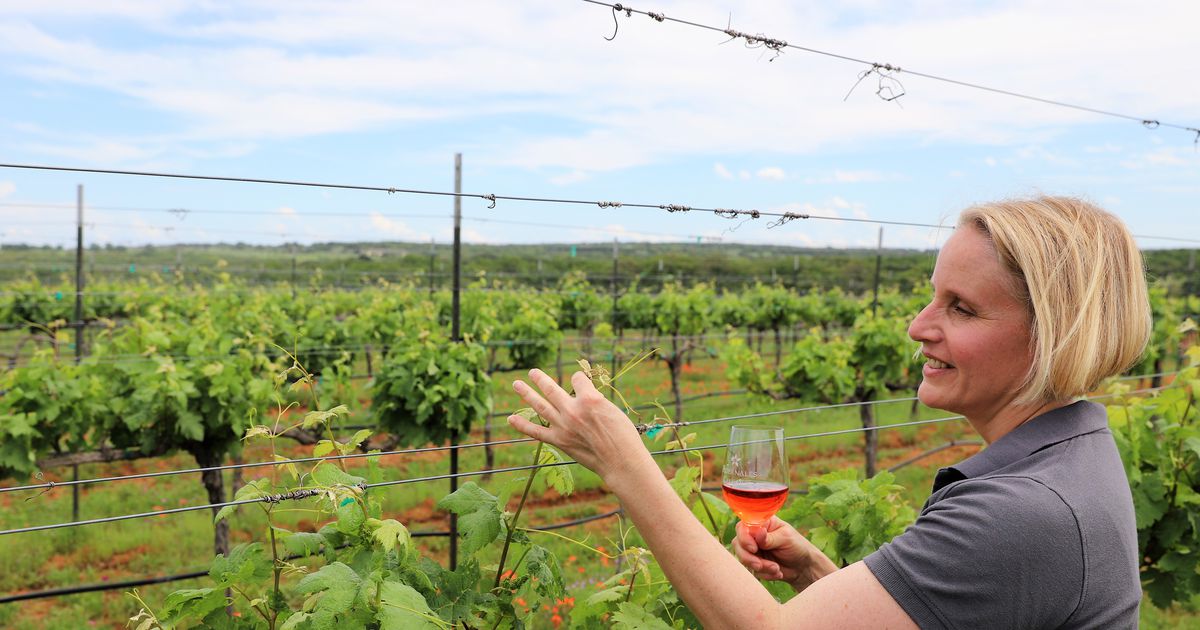 Ever since John Neely Bryan visited North Texas in search of a place to establish a trading post in 1839, Dallas has been a polestar of entrepreneurial spirit in nearly every industry you can name, including winemaking.

These Texan vintners were either born in Dallas, or “got here as fast as they could,” as one says. Among them, they have careers in investing, higher education, and IT engineering. They ride Harley-Davidsons, attended Stanford, and lived in Paris. They share an intense love of wine, and it turns out they are incredibly talented at making it, too.

President of DHLC Investments, Inc., Robert Barney didn’t even know he liked wine until 2014, when a friend turned him on to mountain grapes from the hills of the western Sonoma coast and Napa Valley’s Howell Mountain. Rocky soil and wind exposure cause stress on the plants, which forces the vines to work harder to produce berries. “When a plant is worried about survival,” Barney says, “it puts its best effort into its fruit. It’s an old saying — ‘stressed vines make better wine.’”

With his consulting winemaker, Erica Stancliff, Barney produced three varietals from hand-picked Californian vineyards in 2017. By the next year, Stressed Vines started appearing on wine lists at big-league Dallas restaurants like Boulevardier, Terilli’s and Nick & Sam’s.

Because he is a bachelor who doesn’t like to cook, Barney says that regularly taking his motorcycle to go out to eat has paid off in a way he never originally expected, as it was those connections from the past 20 years that gave him headway into restaurants.

However, it’s not only Barney’s industry connections who like Stressed Vines. Wine Enthusiast recently gave the 2018 pinot noir from the Sonoma Coast a rating of 91. Reviewer Virginie Boone calls it a “well-made wine” with notes of “juicy black cherry and strawberry” enlivened by “forested spice accents.”

While for now, Barney calls Stressed Vines “a hobby that’s paying for itself,” his goal is to ramp up direct-to-consumer sales as he continues to work with Stancliff, whose wine-making philosophy is to “give a voice to the vineyard,” without adding to create an outcome. Barney’s hope is that Stressed Vines will allow for a happily productive retirement in 10 or 15 years.

The Kuhlken family of Pedernales Cellars are sixth generation Texans who arrived in Dallas County in 1853— just 12 years after Dallas became a permanent settlement.

After graduating as valedictorian from Highland Park High School in 1987, co-founder Julie Kuhlken attended Stanford University, where she earned three degrees. She taught in universities in the U.S. and abroad before she and her brother, David Kuhlken, joined their parents Larry and Jeanine, who planted the first vines of Kuhlken Vineyard in Stonewall in 1995.

Whereas the Kuhlkens’ forebears helped to forge the City of Dallas, David and Julie Kuhlken are pioneers of Texas wine. Their first vintage came in 2006, and since, the Texas wine industry has “snowballed,” says Julie.

“It wasn’t until the ’70s or ’80s that people realized grapes grow well in the Hill Country,” she adds. She says it was also in the ’80s that farmers in the High Plains region of the Texas Panhandle learned that grapes require less water than cotton and peanuts.

Using Spanish and Rhône varietals from the High Plains as well as their Hill Country vineyard, the Kuhlkens’ wine has won a long list of awards. The tempranillo reserve twice won the Double Gold at the San Francisco International Wine Competition, and Pedernales won the renowned Jefferson Cup three times in a competition largely made up of California wineries.

Perhaps the most outstanding was when the 2012 viognier won in a blind tasting against French wines at the Lyon International Wine Competition, held in the region where the viognier grape originated.

Julie says she’s noticed a shift in people’s willingness to try new wines, and that is what the Texas wine industry is all about — “making it approachable and taking away the snobbery.”

Pedernales Cellars wines can be found throughout Dallas area restaurants and wine retail stores. In addition, East Dallas’ Wine Therapist carries the hard-to-find viognier from 2017 as well as a High Plains tempranillo. Owner Phillip Nikpour frequently hosts blind tastings with Pedernales wines where customers can judge the Texas wine against international ones.

Owner and winemaker at Calais Winery, Benjamin Calais moved from Paris, France to Dallas as an engineer specializing in computer security software. Making wine was a side project and hobby for Calais that took center stage when he opened the winery in Deep Ellum in 2008.

The location remained open for six years until Calais moved operations to Hye in the Texas Hill Country, where there is more room to make wine and grow his own grapes using the French techniques he learned from home. Along with grapes sourced from the High Plains and Texas’ mountain ranges, like Fort Davis and Alpine, the surrounding vineyards in Hye produced 2,500 cases in 2019, a sharp increase from 200 in 2018. Calais says volume won’t grow much more, as his focus now is on “pushing the boundaries on quality.”

While Calais wines are primarily Bordeaux varietals, including the popular Texan cabernet sauvignon, gaining access to many of them requires becoming an allocation member with a one case purchase minimum. Calais says the membership program is his way of giving his best and most loyal customers the first pick of his wines — which all sell out.

Benjamin Calais has never submitted any of his wines to competitions. He’s more interested in working with Texas Winegrowers to promote a bill that will require any bottle with a Texas label to be made with 100 percent Texas grapes, rather than the current rule that allows for 75 percent.

He calls the future of Texas wine “bright and diverse.”

“Texas is bigger than France, so it will be different for each of the regions and the different wineries,” Calais says, speaking of a future when people can enjoy wine tasting without the risks of a pandemic. “This should make for interesting tasting experiences going to three wineries in our neighborhood and tasting Bordeaux, Italian and Portuguese varietals all in one day.”

Home Videos The WORLD of WINE – Wine News. Cheap wine, tasting notes and cooking with wine The World of Wine – May 2021 … END_OF_DOCUMENT_TOKEN_TO_BE_REPLACED

How to visit Napa Valley on a Budget. In this video Carson and I explain a few ways to enjoy Napa on the cheap. Tip and advice about how to visit Napa … END_OF_DOCUMENT_TOKEN_TO_BE_REPLACED

Home Videos Get To Know Argentina Wine | Wine Folly If you love Malbec, Argentina is your ultimate wine region. But that’s not … END_OF_DOCUMENT_TOKEN_TO_BE_REPLACED