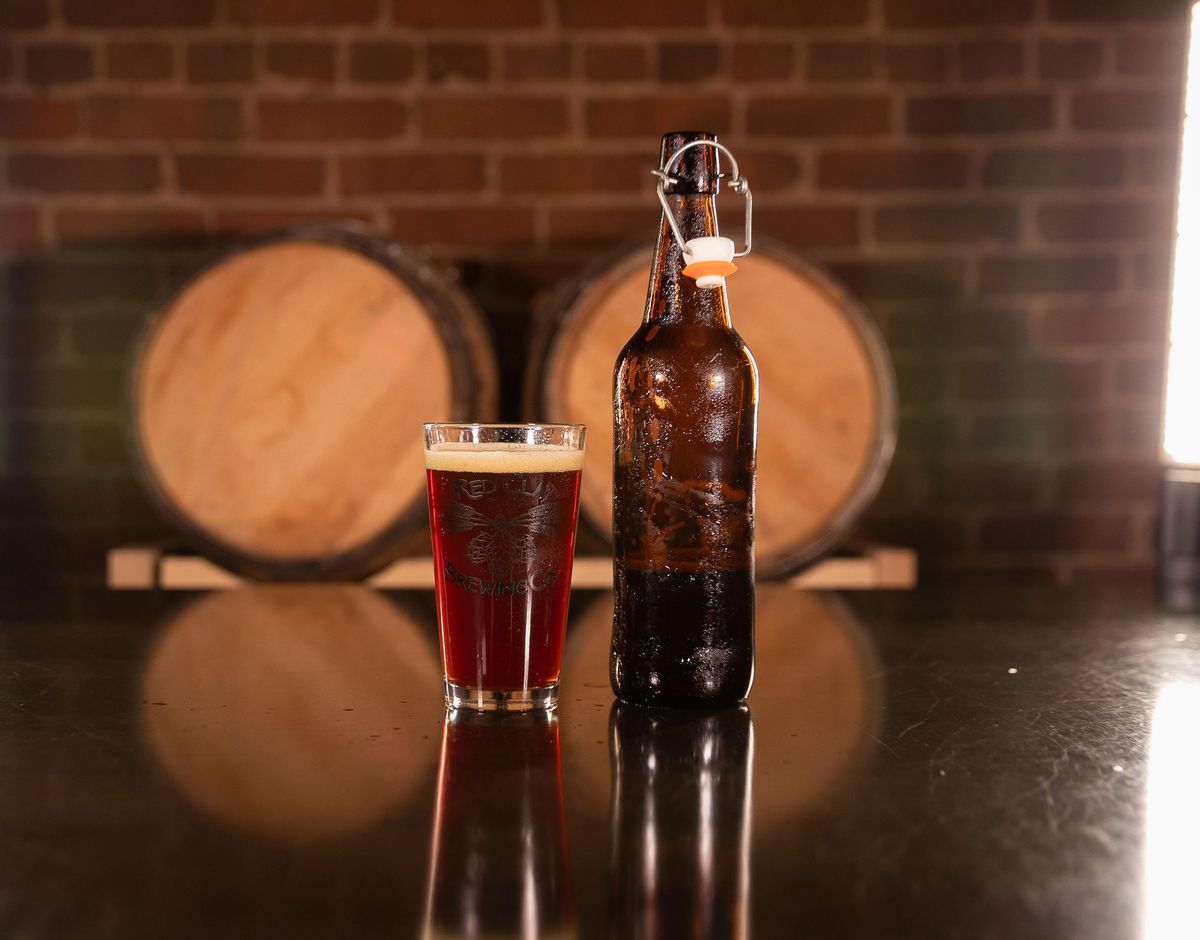 Emmanuel Kemiji is a Napa-based master sommelier and owner of Miura Vineyards. Nearly 2500 miles away in Opelika, Alabama, Kerry McGinnis is a master brewer at Red Clay Brewing Company. The two told Forbes they joined forces as the first-ever collaboration between a master brewer and master sommelier, to create a globally-sourced craft beer they hope will reimagine food pairings.

“We always think of drinking beer on its own and don’t think of matching it to food,” said Kemiji, who emphasized that’s simply not the case. Their collaboration is meant to encourage pairings, but also, to spotlight the international ingredients used in production to showcase both McGinnis and Kemiji as masters of flavor. “The interesting thing about making wine and beer is that both the importance of the quality of the ingredients and where they come from can not be understated,” said Kemiji. “Grapes like hops, malts, yeasts and even water each have a unique signature that gives the final product it’s unique character.”

The foundation for the collaboration was laid when co-owner of Red Clay Brewing Co., John Corbin, spent a week with Kemiji in Napa as part of an exchange program through Auburn University. Corbin was a student at the time and asked to return to experience harvest; Kemiji willingly agreed to an extra set of hands. Corbin worked multiple harvests before their friendship developed into a business collaboration, when Corbin announced he was going to start a brewery with a friend back home in Alabama.

“John [Corbin] said if you ever think of something we could do together, we’d love to,” said Kemiji, who sat with the opportunity and watched as Red Clay evolved before he approached Corbin with a line of distinct flavors under the Miura name. “I’ve always been a fan of beer; it takes a lot of beer to make good wine because at harvest that’s all we’re drinking at wineries,” Kemiji joked. “Seeing the craft beer movement come into its own, I started toying with the idea of doing a beer project.”

Kemiji admitted that although he enjoys beer (and spent summers in Europe sipping craft brews) he’s not a brewer, so some of his ideas were unconventional, from exotic flavors to decreasing ABV to allow for a crisper beer. “My first impression was nervous excitement,” McGinnis told Forbes on Kemiji’s presentation. “I source grains from all over but I’ve never had to order Meyer lemons or Sriracha paste and black rice from Asia, tequila barrels from Mexico, rum barrels from Puerto Rico or chocolate from the Dominican Republic.”

The Red Clay team and Kemiji made it work, however, and in August 2020, they released a pale ale, black pilsner and Caribbean stout as the first three signature flavors under the Miura Double Master Collaboration. They’ve since launched the collection coast-to-coast and are debuting in Puerto Rico this month. The duo acknowledged the achievement as a result of fusing their individual backgrounds. “I like to say that beer people ask, ‘What can we put into a beer?’ and the sommelier asks, ‘What should we put in the beer, and why?’” said McGinnis.

Kemiji envisioned a global reach with the collection, thus the internationally-sourced ingredients not only influenced the final flavor profile but also inspired the craft names. The West Indies pale ale honors the tropics with chocolate imported from the Dominican Republic and is aged in tequila barrels. The Forbidden Blade black pilsner uses traditional Chinese flavors of Meyer lemons and black rice (also called “forbidden rice”). The Dark Cape Caribbean stout is flavored with Café Baldacci single estate coffee from Puerto Rico, and aged in rum barrels.

Unlike traditional craft beers that range from 8 to 10 percent ABV, Kemiji and McGinnis ensured the Miura brews were on the lighter side (between 4 to 6.5 percent ABV) to ensure a “brightness” and “freshness” similar to acid found in wine. Kemiji explained, “acid in wine is a prevalent factor that makes it pair with food; I wanted to achieve that in the beers.”

Like Kemiji, McGinnis says he’s long-enjoyed pairing craft beer with food and even encourages Red Clay’s accounts to list beer next to food items on the menus, instead of only suggesting wines. He said, “It took someone who knew a little more about pairing to do this.”

So what do the beers pair with? Kemiji suggests pairing the pale ale with a pork chop served on rice and beans as “the richness will stand up to the food but not overpower it.” As for the pilsner, Kemiji says “things that necessitate something light with high acid,” pointing to anything fried, like calamari or fried fish. Lastly, for the Caribbean stout, Kemiji recommends “something sweet but not overly sweet,” like a brisket or bread pudding.

As the masters continue to expand distribution throughout the U.S., Red Clay said they are purchasing five additional tanks to be able to meet demand, and there’s already a new flavor in the works for release in November 2021.

Kemiji shared, “We are working on a Lambic with a significant wine influence that will be released after spending over a year in wine barrels.”

Home Videos The WORLD of WINE – Wine News. Cheap wine, tasting notes and cooking with wine The World of Wine – May 2021 … END_OF_DOCUMENT_TOKEN_TO_BE_REPLACED

How to visit Napa Valley on a Budget. In this video Carson and I explain a few ways to enjoy Napa on the cheap. Tip and advice about how to visit Napa … END_OF_DOCUMENT_TOKEN_TO_BE_REPLACED

Home Videos Get To Know Argentina Wine | Wine Folly If you love Malbec, Argentina is your ultimate wine region. But that’s not … END_OF_DOCUMENT_TOKEN_TO_BE_REPLACED