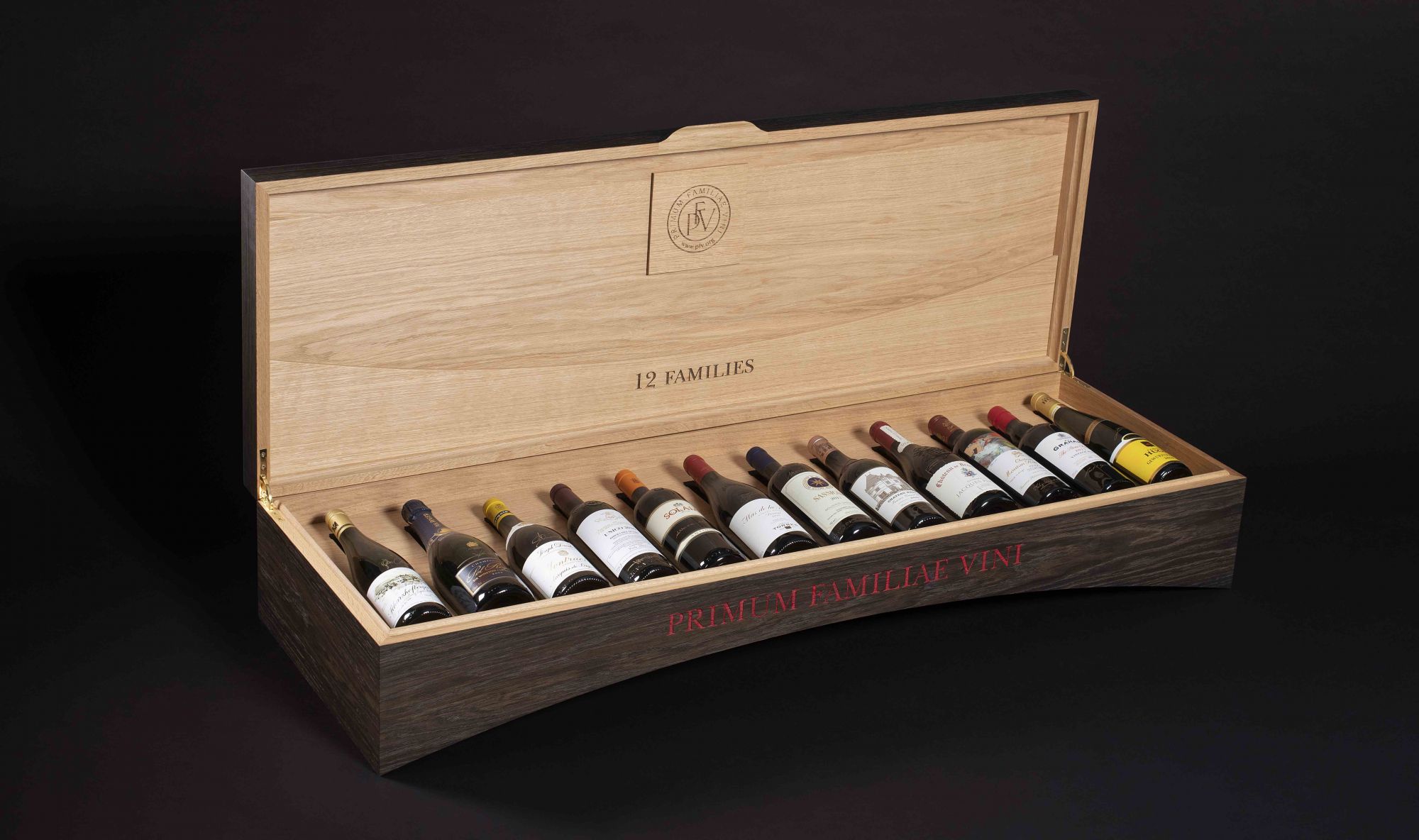 Have you ever wanted a private tour of the Grand Chai (Great Barrel Hall) at Chateau Mouton Rothschild in Bordeaux, or a visit to Sassicaia’s rolling vineyards in Tuscany? How about a saunter through Joseph Drouhin’s 13th century cellar in Burgundy? These are just a few of the experiences that the winning bidder of an upcoming auction lot at Sotheby’s will have access to.

Available for the first time on the global fine wine market, this exclusive lot includes 12 bottles of wine sourced from some of the world’s finest wine producing families in France, Germany, Italy, Portugal and Spain. The 12 participating vineyards are part of the Primum Familia Vini (PFV), an international association of family-owned wineries. Each year, PFV members select one of their finest vintages to produce for 12 individually numbered, limited edition cases. These cases are usually auctioned at the PFV’s own events, but for the first time Sotheby’s will offer Case Number 1 of 12 from this year’s release, which in addition to these 12 fine wines, includes the rare Primum Familia Vini passport.

Related: The Best Bordeaux 2017 Wines To Try Now, According To Our Resident Wine Expert

The passport is the real star of the show, as it grants the winning bidder a single visit to each of the 12 PFV members’ estates, which include Baron Philippe de Rothschild (Mouton), Champagne Pol Roger, Marchesi Antinori, Joseph Drouhin and Tenuta San Guido (the producer of Super Tuscan favourite Sassicaia), among others. On arrival at each estate, the buyer (along with up to three family members or friends) will be hosted by a member of the wine-producing family for lunch or dinner. Given the current uncertainty around travel, potential bidders will be relieved to know that the passport does not expire and this unique collection of experiences can be redeemed at any point in the future. What are you waiting for?

Related: A Bottle Of Ultra-Rare Jay-Z Cognac Has Fetched US$52K At Auction

Home Videos The WORLD of WINE – Wine News. Cheap wine, tasting notes and cooking with wine The World of Wine – May 2021 … END_OF_DOCUMENT_TOKEN_TO_BE_REPLACED

How to visit Napa Valley on a Budget. In this video Carson and I explain a few ways to enjoy Napa on the cheap. Tip and advice about how to visit Napa … END_OF_DOCUMENT_TOKEN_TO_BE_REPLACED

Home Videos Get To Know Argentina Wine | Wine Folly If you love Malbec, Argentina is your ultimate wine region. But that’s not … END_OF_DOCUMENT_TOKEN_TO_BE_REPLACED