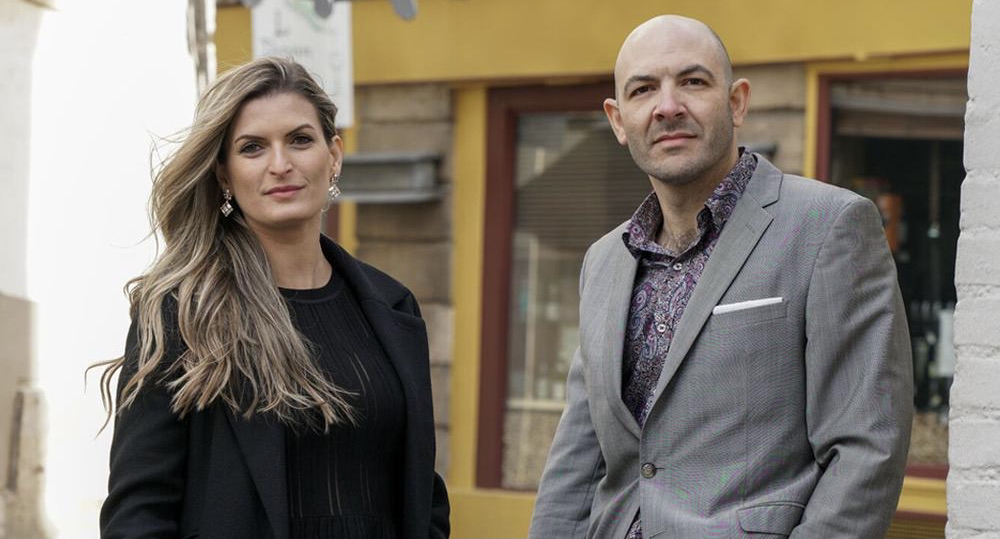 The Marshall M. Fredricks Sculpture Museum is celebrating its reopening with two new exhibitions. Michigan Modern: An Architectural Legacy showcases Michigan’s contribution to modern architecture through more than 50 images by photographer James Haefner. These works are complemented by Marshall Fredericks: The Architects’ Artist, which highlights the contributions of sculptor Marshall Fredericks to the modern architecture movement. The exhibitions can be explored virtually from the museum’s website. No cost. Through July 26. Marshall M. Fredricks Sculpture Museum, 7400 Bay Road, Saginaw; marshallfredericks.org

Watch live from your home as the Detroit Symphony Orchestra performs the work of 18th century French composer Chevalier de Saint-Georges, a renowned classical composer, a virtuoso violinist, the conductor of Paris’ premiere symphony orchestra, and even a champion fencer. Despite a career that earned him the friendship of Marie Antoinette and the praise of President John Adams, who called him “the most accomplished man in Europe,” Saint-Georges is largely absent from the history books. The son of a plantation owner and his African slave, he was the victim of Black historical erasure. Still, by those familiar with his work, Saint-Georges has come to be known as “The Black Mozart.” $12. April 23. Virtual event; dso.org

The swinging, emotional, and innovative stylings of Nate Najar have earned the modern jazz guitarist numerous spots on the music charts. Among these is a top-10 hit “Groove Me,” for which he collaborated with R&B songstress Melba Moore. This weekend he’ll highlight the Brazilian jazz and bossa nova influences in his music in a livestreamed performance with vocalist Daniela Soledade. Born to a family of notable Brazilian musicians, Soledade demonstrated musical from a young age, placing first in the entrance exam for the prestigious Music Conservatory Villa Lobos at just 14 years old. Her debut album, A Moment of You, released in 2019, received critical acclaim. $25. April 23. Virtual event; theark.org

This acoustic duo of Bobby and Naomi McManus was born out of a shared love for music and each other. Beginning their relationship as Detroit-area neighbors, the two became not just lovers, but partners as well. This Saturday, you can experience the couple’s wistful on-stage presence and repertoire of ’90’s R&B and pop — interspersed with their original music — live at Emagine Theatre. $10. April 24. Emagine Theatre, 200 N. Main St., Royal Oak; emagine-entertainment.com

An Evening with Duckhorn Vineyards

Upon its inception more than four decades ago, Duckhorn Vineyards became one of the founding families of Napa Valley’s wine industry. Now, the company is offering metro Detroiters the chance to discover its world-renowned portfolio. In partnership with Andiamo, the company will hold a virtual guided tasting with Duckhorn district manager Kristin Dwyer. Attendees will receive three hand-curated bottles of artisanal wine ­— a chardonnay, a merlot, and a cabernet sauvignon — as well as a charcuterie board for two. The deadline to register is April 23. $170. April 24. Virtual event; andiamoitalia.com

This weekend, the Bob Sandowski Comedy Show will be headlined by local comedian Bill Bushart. In addition to being named Metro Times’ Best Comedian in Detroit, he has appeared on The Drew & Mike Show on 106.7 and worked with such greats as Greg Geraldo, Lisa Lampanelli, and Gilbert Gottfried. After more than 20 years of performances at clubs and bars across the region, Bushart has become well-known among Midwesterners for his crude and in-your-face brand of comedy. He will share the stage with some of metro Detroit’s other top comics, including Robyn Gilleran, Demetrius Fields, and Jay Harris. $8. April 24. Anchor Bar, 450 W. Fort St., Detroit; eventbrite.com

This year’s Kresge Eminent Artist award-winner Shirley Woodson handpicked four local artists to showcase their work in a special exhibition at the Norwest Gallery of Art. The paintings and constructions of Jocelyn Rainey, the photography of Shekenia Mann, the drawings of Carole Morisseau, and the paintings and prints of Stephanie Hill Ross make up Envision: Four Voices. Alike in their womanhood but vastly different in their artistic styles, the creators will come together this weekend, to engage in an in-depth, virtual conversation about their work and the inspiration behind it. No cost. April 25. Virtual event; norwestgallery.com

Home Videos The WORLD of WINE – Wine News. Cheap wine, tasting notes and cooking with wine The World of Wine – May 2021 … END_OF_DOCUMENT_TOKEN_TO_BE_REPLACED

How to visit Napa Valley on a Budget. In this video Carson and I explain a few ways to enjoy Napa on the cheap. Tip and advice about how to visit Napa … END_OF_DOCUMENT_TOKEN_TO_BE_REPLACED

Home Videos Get To Know Argentina Wine | Wine Folly If you love Malbec, Argentina is your ultimate wine region. But that’s not … END_OF_DOCUMENT_TOKEN_TO_BE_REPLACED