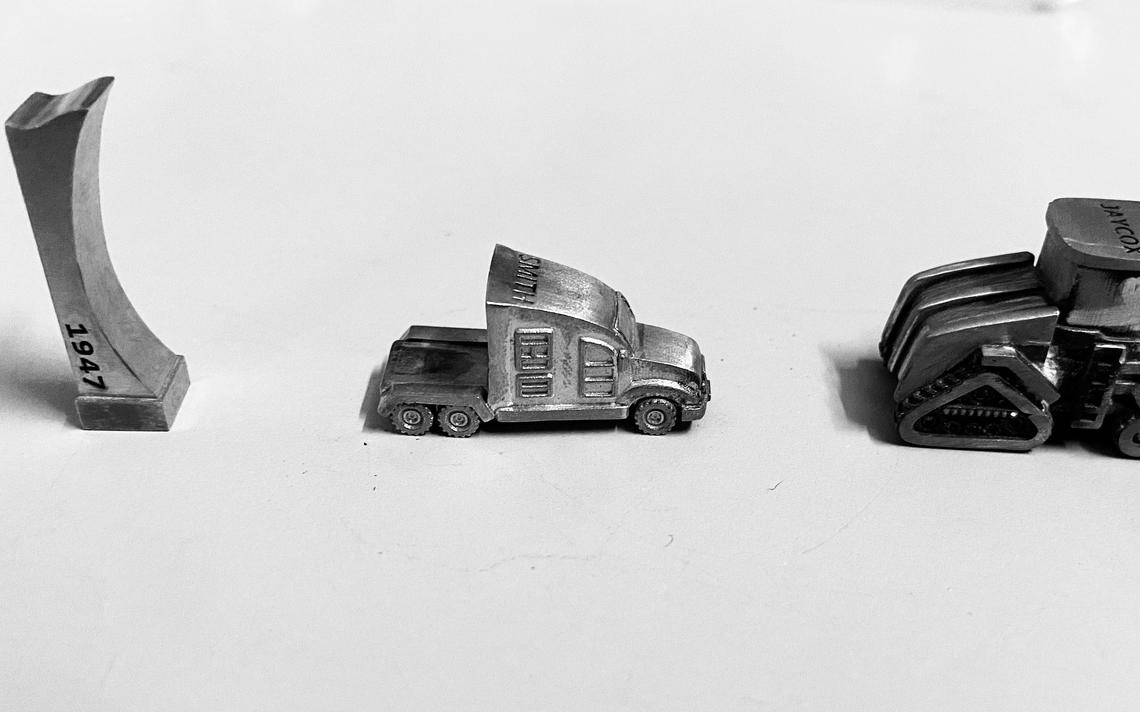 WORTHINGTON — A Worthington version of one of the world’s most popular board games is now available for pre-ordering.

Worthington-Opoly is filled with area businesses and landmarks, which comprise many of the game’s “properties,” and features localized play money, special pewter playing tokens, action cards featuring local merchants and individuals, and much more.

Roberta Fultz, advertising manager at The Globe, is excited about both the idea of Worthington-Opoly and the positive reaction it has received so far from the public.

“When we had the idea for this, we started looking for companies that could help us manufacture it,” Fultz explained. “We were sent a sample game called ‘Roch-Opoly,’ from Rochester, Minnesota. The Rochester Post-Bulletin is part of our network, so we connected with the team that created their game and asked them what went well, and what they would do differently, to make our game the best it could be.”

The businesses and entities represented in the game are either based in Worthington or significant to the Worthington community.

“For example, one of our ‘railroads’ is Henning Construction, which is not based in Worthington but does a lot of business in Worthington,” Fultz said. “And one of our utilities is the Nobles 2 Wind Farm, which is technically outside of Worthington proper but obviously has a huge influence on the Worthington community.”

The creation of Worthington-Opoly offers multiple ways for local enterprises to be featured in the game, Fultz said. Action cards can result in players gaining or losing money, with one Worthington-ized example offering, “Wine tasting — Advance to the Worthington Liquor Store.” The two decks of action cards are sponsored by Fulda Area Credit Union and Highland Manufacturing, both Worthington-Opoly major sponsors.

Another major sponsor, First State Bank Southwest, is represented in the game’s play money, Fultz added. Also incorporated into Worthington-Opoly are popular Worthington events, and a portion the game’s proceeds from sales will go to support the Worthington Area Chamber of Commerce and each of the three Worthington festivals (Windsurfing Regatta and Music Festival, International Festival and King Turkey Day) that were cancelled in 2020 as a result of the COVID-19 pandemic.

And then there are the game’s tokens.

“My favorite part is the pewter tokens,” Fultz said. “I’m so excited about this, and I’ve told so many people about them. There were different businesses and area groups that wanted to be represented in the unique tokens.

“Three of the game’s six tokens have been selected from a catalog and three are custom-designed,” she continued. “We have an ear of corn for the Nobles County Corn & Soybean Growers, a pig for JBS and a steer for the Rock-Nobles Cattlemen’s Association. The three custom tokens are a semi cab for Smith Trucking, a tractor for Jaycox Implement and the monument at Chautauqua Park for Worthington-Crailsheim International.”

Another customization made especially for Worthington-Opoly: the space you might expect to see occupied by “Luxury Tax” will instead be home to Love INC, on which players will be urged to give money to charity.

Fultz stressed that Worthington-Opoly “will not be a repeat project” and that only 500 copies of the game will be manufactured.

“In news media, most of the projects we work on have a very short shelf life,” Fultz said. “After all, news is always updating! We intend for Worthington-Opoly to be around for years, a slice of life in Worthington. We aren’t planning to make another one.”

While the game is available now for pre-order, it will also be sold starting in June at The Globe, the Chamber of Commerce office and in several Worthington stores, and plans are to have a booth at each of the three local festivals that the game is supporting.

“We also plan to ramp up promotion as we head into the holiday season,” Fultz said. “We think this will make a great gift.”

Pre-orders for the game may be made now at shop.forumcomm.com/gifts .

Home Videos The WORLD of WINE – Wine News. Cheap wine, tasting notes and cooking with wine The World of Wine – May 2021 … END_OF_DOCUMENT_TOKEN_TO_BE_REPLACED

How to visit Napa Valley on a Budget. In this video Carson and I explain a few ways to enjoy Napa on the cheap. Tip and advice about how to visit Napa … END_OF_DOCUMENT_TOKEN_TO_BE_REPLACED

Home Videos Get To Know Argentina Wine | Wine Folly If you love Malbec, Argentina is your ultimate wine region. But that’s not … END_OF_DOCUMENT_TOKEN_TO_BE_REPLACED