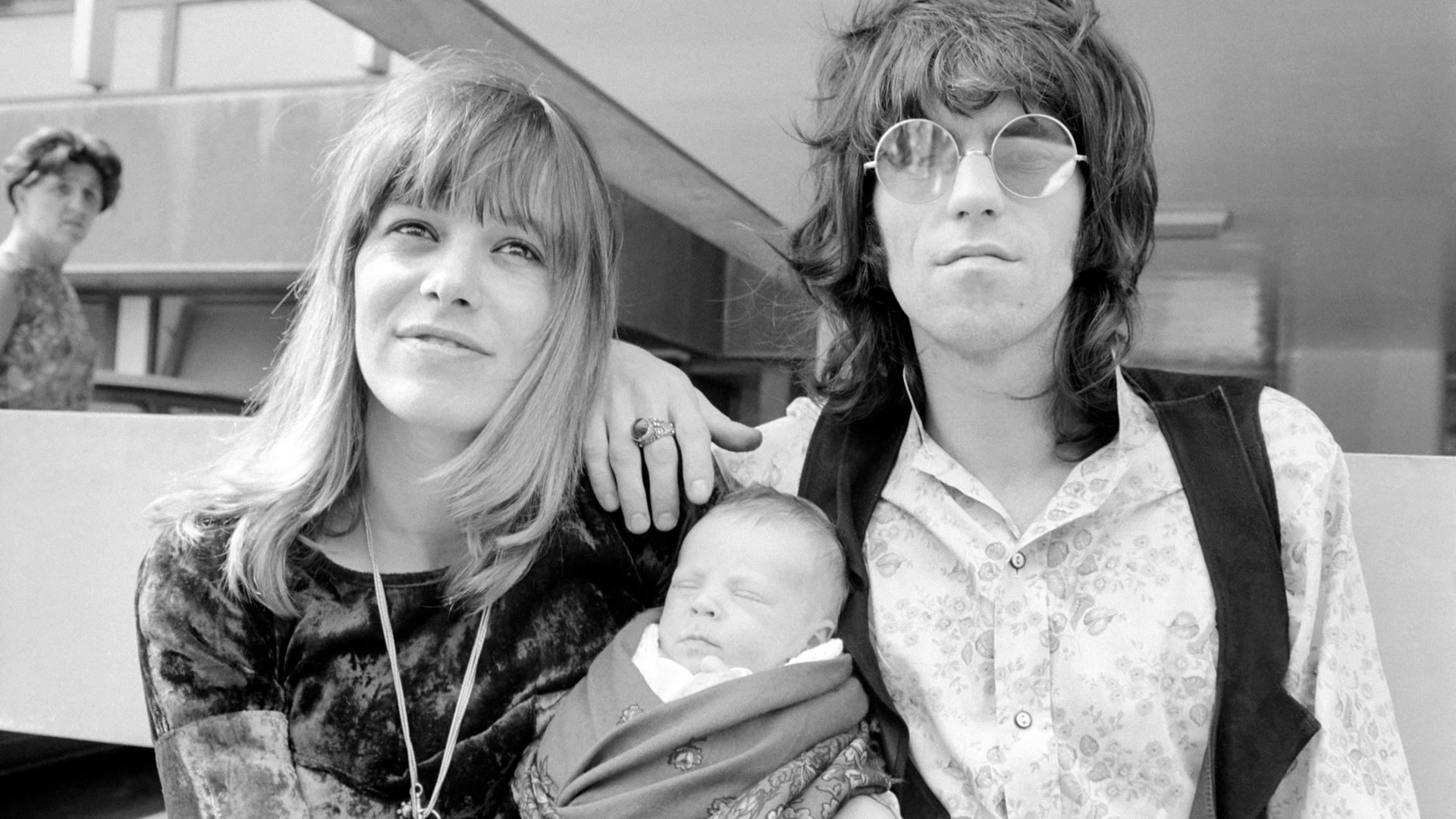 Five years ago, as I left the office ahead of Memorial Day weekend, I exchanged holiday travel plans with a colleague in the elevator. He was heading out of town with his husband; they were going to Northern California for some wine tasting, but mostly to relax. “What about you?” he asked earnestly.

A montage of my own plans – flying to Montana to meet my husband’s band midway through a US show run, after a gig in Missoula, and before their tour bus embarked for the Columbia River Gorge and a string of dates in Vancouver, Portland, San Francisco, and Los Angeles – ran through my head as I weighed my words carefully. “I’m meeting my husband… in the Pacific Northwest,” I finally responded. “He’s been travelling for work.”

I wasn’t embarrassed that I was willingly choosing to spend my days off sleeping in a glorified coffin turned bunk bed on wheels with six other guys and a nonfunctional bathroom; I just didn’t want to get into the minutiae of the itinerary, or the bohemian-ness of it all. At 35, I worried that I had perhaps outgrown #buslife, which was precisely why I was going on the trip. Whether or not the band stayed together, this would be my last tour.

It didn’t have to be, but I knew it would be. Children were coming into focus on the horizon, and my tolerance for the long drives and the longer nights had waned over the 10 years I had spent standing at the side of the stage at indie-rock concerts. But for that extended holiday weekend, I would be along for one last ride – for the mediocre meals, the drink tickets, and the 2am border crossings; for the merch table and the three encores at the Wonder Ballroom; for the doughy British DJs and the wannabe riot grrrl who had begun supplanting Brooklyn bands on the festival circuit; and for that night in LA when my husband buried his head into the hollow of my clavicle and exhaled. “I feel old,” he whispered. “We are old,” I told him.

When I had our son two years later, my husband still left for some short (and some longer) stretches on the road. But when our daughter was born last May in a fast and furious five hours at a nearly empty maternity ward in the Catskills, isolated from the nearby Covid-19 unit, he was grounded for good. The pandemic had decimated the music industry, cancelling tours and shutting down venues, and when my husband’s band members decided to go their separate ways, he was suddenly very much around – and very much unemployed. In a twist on the overwhelming narrative playing out across households nationwide, we decided that my husband would put his career on hold so I could focus on mine. I would support our family, and he would take care of our children. Over the course of just a few months, he went from band dude to band dad – or, as my father started calling him last spring in those early days of the virus, “Mr Mom”.

The comparison to the 1983 rom-com of the same name starring Michael Keaton and Teri Garr was not totally accurate. In the John Hughes-penned script that trades in gender role reversal quips, Keaton’s Jack Butler loses his job at a Detroit auto plant, leaving Garr’s Caroline, a housewife and mother of three, to dust off her briefcase to make ends meet. Keaton takes on all of the domestic duties while Garr resumes her career in advertising, and the hilarity ensues.

Our own version of the thematic set-up was charming at first. We relocated to upstate New York for the end of my third trimester and what we assumed would be temporary statewide stay-at-home orders. I took Zoom calls while my husband did chores and our toddler shadowed him, honing location-specific first words such as “screwdriver” and “trowel” – not “spade”, an error on my part that both my husband and son were quick to correct. To help mitigate the harrowing headlines and the panicked calls from friends and family worried about my pandemic pregnancy, my husband got deep into his classical record collection (requests for Telemann quickly replaced those for “Twinkle, Twinkle, Little Star”). Careful to stay out of the frame, he would bring me coffee during my first Zoom of the morning. My Mr Mom became well-acquainted with separating the lights from the darks, and with our Miele vacuum cleaner the same way Keaton ultimately tamed his robotic ’80s upright; like Garr, I would get dressed in the morning and fall asleep, totally spent, on our couch at night, only to be gingerly moved by my husband to our bed where I’d comfortably awake the next day. By May, he revealed that he was kind of sad that our days as a tight-knit, three-person unit would end – both when things “went back to normal” and when my due date arrived.

But normal never came. Whether it was the baby’s colic, or my excruciatingly painful nipples, or George Floyd and Breonna Taylor and Ahmaud Arbery and Elijah McClain, or the dismal and terrifying political landscape, or the postpartum depression, or the fact that it had been months since we’d been back to our apartment in the city or seen friends or had steady childcare help, the summer months of my maternity leave left us battered. When I went back to remote work in the autumn, there was nothing charming about our millennial remake of Mr Mom. Broken down by the mind-numbing repetition of the diaper changing, and the feeding, and the nap schedules, with no possible hope for free time, for either of us, the best my husband could do most days while I worked was keep the kids fed and away from outlets and sharp objects. I remained barely conscious enough for bath time and bedtime at night. The dishes and the laundry piled up, and as I’d make the pilgrimage from my makeshift office to the kitchen, where I’d prepare the same revolving cast of dinners every single week, our relationship became transactional – and contentious. We barked reminders at one another about paying the mortgage and loading and unloading the dishwasher, playing a dangerous game of “whose day was harder?” He felt underappreciated and unseen. I felt underappreciated and overworked. The classical music became menacing to me, so my husband would play a more tolerable mix of Steely Dan, Little Feat, and Donny Hathaway when I was in earshot. In October, when he was decisively out of earshot, I finally got around to listening to Taylor Swift’s Folklore, alone. I cried. For no reason, for all the reasons.

A full year later, with the pandemic’s grip loosening only slightly, I keep waiting for our own Hughes-ian plot twist to unfold – for a Covid-free babysitter to materialise so my husband can spend even just a few childless hours in his studio, for a seminal work trip somewhere, anywhere, to reignite my own professional passion. But Jeffrey Tambor isn’t banging down our door with a desperate offer to come back to the auto plant, and there will be no California-bound private jet to film the Schooner Tuna commercial (“The tuna with a heart!”). For now, my husband must remain Mr Mom, which I guess makes me Mrs Dad? Or maybe we’re both Mr Mom? Or maybe, we’re just co-parents on equal footing, struggling and often failing to manage our own mental and physical health while prioritising our children’s.

A few weeks ago, I came upstairs for a break from work to find our three-year-old watching TV by himself. “Where’s Daddy?” I asked.

I checked our bedroom, but there was no sign of him. So I walked into my son’s room as the afternoon sun cut through the half-open curtains and the white noise machine, still on from the previous night, hummed. There was my husband, tucked into a set of mushroom-printed kids sheets, staring blankly at the ceiling.

“Are you okay?” I asked, surprised by the genuine empathy I still had for him after 345 days in isolation together.

And maybe that empathy is a win on its own. When I’m not blind with rage that Mr Mom has failed to unload the dishwasher, again, my heart aches for him – that he’s not on a tour bus or on the stage, or in a studio session with other musicians. And it aches for me, too. Unlike the ’80s movie’s tidy, anachronistic ending, I’m not hoping to go back to homemaking if/when my husband ever picks up his guitar again. That was never our dynamic to begin with. I’ve always worked – and cooked, and cleaned, and helped take care of our children. I just want more balance and more time (don’t we all?) to support myself – and to support him from the side of the stage, or in a sweaty, sticky-floored club, or at an overhyped festival, or even on those long drives. For now, all we can do is live to fight another, different kind of endless evening, both dreading – and feeling overwhelmingly grateful for – the inevitability of another nighttime routine.

Last Thursday, as we speed-ate our way through a standard dinner of roasted chicken and salad that my son refused to touch, my husband walked over to our record player and queued up “Question” by the Moody Blues. He was wearing his usual: a pair of well-worn Carharrt work pants over Philadelphia Eagles Zubaz with a paper-thin T-shirt tucked into the waistband and a backward hat restraining his light brown hair, which is long overdue for a cut. He sang the chorus, projecting each lyric with an impassioned commitment that made his face turn warm and ruddy: I’m looking for someone to change my life / I’m looking for a miracle in my life. Our daughter, now nine-months-old and long past her colic, giggled while she mashed sweet potatoes into the tray table of her high chair; our son – who has blossomed over these past 12 months, too young to know how the world has been crumbling, somewhat irreparably, outside of our bubble – played air guitar. My eyes got hot and the room turned blurry as I tried desperately to stay present in that moment. “Recognise that this isn’t a time-out in your life, and this isn’t an interruption or an imposition on your life,” retired astronaut and author Chris Hadfield recently told The New York Times, relaying one of the best coping mechanisms he discovered while stuck in space for extended periods of time. “This is your life.” I repeated the mantra to myself as a glimmer of hope and happiness formed a fissure in the monotony of a year’s worth of stress and sadness. Then I went upstairs to run the tub again, and pick out another bedtime story.

Home Videos The WORLD of WINE – Wine News. Cheap wine, tasting notes and cooking with wine The World of Wine – May 2021 … END_OF_DOCUMENT_TOKEN_TO_BE_REPLACED

How to visit Napa Valley on a Budget. In this video Carson and I explain a few ways to enjoy Napa on the cheap. Tip and advice about how to visit Napa … END_OF_DOCUMENT_TOKEN_TO_BE_REPLACED

Home Videos Get To Know Argentina Wine | Wine Folly If you love Malbec, Argentina is your ultimate wine region. But that’s not … END_OF_DOCUMENT_TOKEN_TO_BE_REPLACED