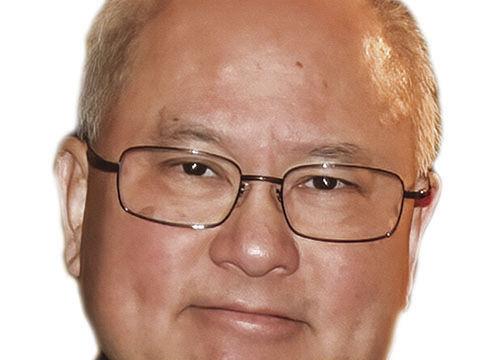 News came in mid-February that Steven Spurrier had died in his home in Dorset, England at the age of 79. We’re not talking about the football player and coach by the same name but rather the wine promoter. Though, if you ask 10 American wine drinkers, nine of them probably would know the football coach but not the wine aficionado. A couple of them may have their memory jogged if you mentioned the movie “Bottle Shock.”

In 1976, almost 55 years ago, Spurrier mounted a wine tasting in Paris that became a seminal moment in the annals of wine. Known as the Judgement of Paris, wines from California soundly trounced much-heralded French wines from Bordeaux and Burgundy.

It would be easy to dismiss the results of that wine tasting as just happenstance, since every wine tasting is only a snapshot in time. But the long-term ramifications from that event were far reaching and consequential.

Spurrier grew up in a rich English family. At age 13, his father gave him a taste of the 1908 Cockburn Port. He knew then that wine was to become his life. After graduating from the London School of Economics, he took an apprenticeship at a London wine merchant. At age 29, endowed with an inheritance, he and his wife moved to Paris and purchased a small wine store, Les Caves de la Madeleine.

In the 1970s, French wines were considered the epitome, specifically those from Bordeaux and Burgundy. They were deemed far superior to wines from other regions in the world and fetched premium prices. American wines didn’t even register as a blip on the radar back then.

Spurrier, being a contrarian, loved to promote wines from obscure French regions and elsewhere in the world. His wine store quickly became a hangout for English-speaking expats and adventurous wine drinkers. Spurrier was aided by a capable right-hand person — an American expat named Patricia Gallagher. She would also help Spurrier start Académie du Vin next door — the first private wine school in France.

As the calendar approached 1976, Gallagher urged Spurrier to organize a tasting of American wines. Spurrier was a bit ambivalent at first. But after a tour of Napa Valley wineries in 1975, he was convinced that California could produce world-class wines. To commemorate the American Bicentennial, he would organize a tasting pitting the best Californian wines against top French wines with storied names such as Ch. Mouton Rothschild, Ch. Haut Brion, Ramonet and Roulot.

The tasting took place on May 24, 1976 and was blind — meaning the judges had no knowledge of the identity of each wine. The nine judges represented the Who’s Who of French wine royalty, including Odette Kahn, the editor of La Revue du Vin de France, Romanée Conti’s Aubert de Villaine, Christian Vannequé, the sommelier of the Michelin Four-Star restaurant Tour d’Argent, and Michel Dovaz from the Wine Institute of France.

No one doubted the outcome of the tasting. There was no way the upstart Californian wines could come close to bettering the French. The event was widely considered a mere publicity stunt. Reporters didn’t bother to cover it. But one of Spurrier’s customers, George Taber, a correspondent from Time magazine, decided to attend.

There was much chatter during the tasting, as the French judges made declarations on how easy it was to identify and discern the preeminence of French wines. “That is definitely Californian. It has no nose,” said one of the judges confidently while tasting a 1973 Bâtard Montrachet. Another proclaimed, “Ah, back to France!” as he sampled one of the Californian chardonnays.

When the results were tabulated, they shocked everyone there. The 1973 Stag’s Leap cabernet sauvignon came in first in the Reds competition, while the Ch. Montelena chardonnay won the Whites flight. The recriminations from the French judges were immediate. Some argued that the tasting was fraudulent. Odette Kahn demanded her ballot back so she could change her scoring — Spurrier refused. She would never speak to him again. Some French producers subsequently denied Spurrier access after the humiliation.

The tasting might have faded into obscurity if not for Taber’s presence that day. He coined the title in his Time article “The Judgement of Paris,” playing on the story from Greek mythology that was the genesis of the Trojan War. Overnight, the story became an international sensation. The repercussions of Taber’s story didn’t just resound in France and America. Wine regions around the world took notice and aspired to the possibility that the French had no monopoly in making world-class wines.

Perhaps the biggest impact was in of all places, France. After the ballyhoo, French wineries came to realize that to compete in the world, they couldn’t afford to sit on their laurels any longer. Efforts were made to improve the vineyards and cellars. Chateau Lafite’s Baron Éric de Rothschild said in an interview, “The Judgement of Paris certainly aggravated many people in Bordeaux. But it had a very positive effect. It gave everybody a big kick in the pants.”

After the dust settled, the event gave birth to a time of international collaboration and knowledge exchange, as wine regions worldwide strove to learn from each other on how to make better wines. Wineries also started to invest in foreign properties. Opus One, a Napa Valley co-venture by Ch. Mouton Rothschild and Robert Mondavi in 1980 was one of the early adopters.

In 1990, Spurrier returned to England and became a columnist for Decanter Magazine and started his own winery. The planet is awash in excellent wines today. One could consider our era the Golden Age of wine. Part of the credits should go to this intrepid Englishman who opened the eyes of the world from a little wine shop in Paris.

After spending over 30 years running the day-to-day operations of media companies, Dave Sit moved to the Finger Lakes to pursue his many passions, of which wine and writing are two. His “Wine Ranger” column runs the first weekend of every month. Contact him at flxwineranger@gmail.com.

Home Videos The WORLD of WINE – Wine News. Cheap wine, tasting notes and cooking with wine The World of Wine – May 2021 … END_OF_DOCUMENT_TOKEN_TO_BE_REPLACED

How to visit Napa Valley on a Budget. In this video Carson and I explain a few ways to enjoy Napa on the cheap. Tip and advice about how to visit Napa … END_OF_DOCUMENT_TOKEN_TO_BE_REPLACED

Home Videos Get To Know Argentina Wine | Wine Folly If you love Malbec, Argentina is your ultimate wine region. But that’s not … END_OF_DOCUMENT_TOKEN_TO_BE_REPLACED