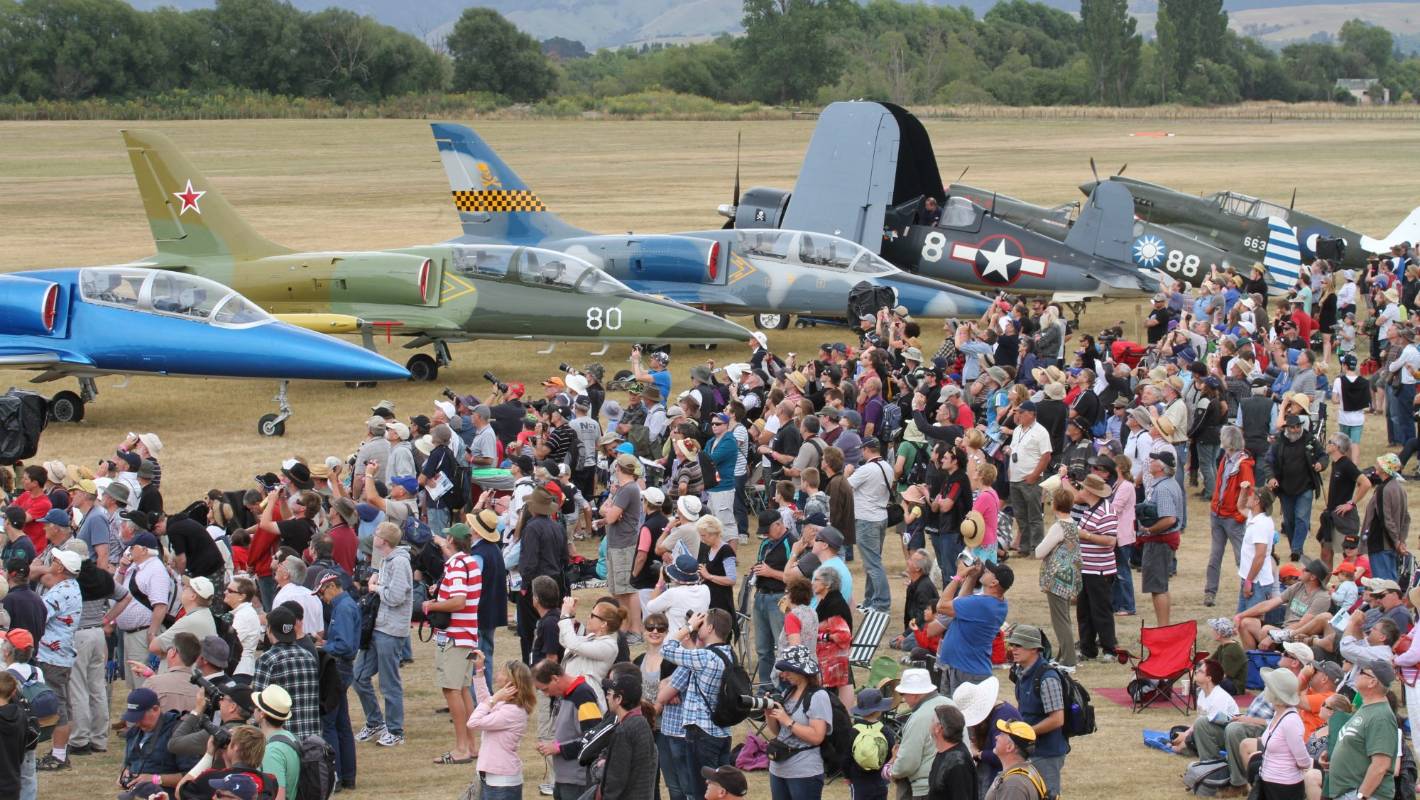 The Wairarapa region is home to rugged coastline, beautiful vineyards and adventures for all the family, all year round. Castlepoint, East of Masterton.

Where the south east corner of the North Island juts out into the Pacific Ocean is one of the country’s wildest and most beautiful regions – the Wairarapa.

Spectacular scenery, country charm, gobsmackingly good food and wine, and one of the country’s best air shows; Wairarapa is just an hour from Wellington but it seems like it’s another world. For family trips, food, wine, nature or a weekend getaway with friends, this place is pretty hard to beat year round.

Over three days from 26, 27 and 28 February, Hood Aerodrome in Masterton transforms into the base of New Zealand’s largest and most exciting air festival. It’s paradise for aeroplane and history buffs, and a guaranteed good time for families.

The festival will feature over 70 aircraft including WWI and WWII fighter planes, aerobatic aircraft, helicopters, biplanes and even vintage cars and army vehicles. You’ll see synchronised acrobatic displays by talented pilots including loops, pirouettes and dives. There are also countless aircraft on display on the ground including the world-famous Vintage Aviator aircraft collection owned by Sir Peter Jackson. If you’re feeling adventurous, you can even take a spin in one of several WWI fighter jets.

As well as the spectacular flying programme and ground displays, the STEM (Science, Technology, Engineering & Mathematics) Aviation and Education programme is guaranteed to excite and spark the imagination of kids – a neat way to learn more about the scientific principles of flight. Explosive performances and a hands-on street science programme are delivered by the fabulous people at Nanogirl Labs, a global education design company all about making science fun!

Wairarapa has emerged as one of NZ’s leading producers of award-winning wines, thanks to dozens of small family vineyards which call the region home. And where there’s good wine, there’s always good food!

The wine village of Martinborough, only one hour’s drive from Wellington, is the perfect getaway for wine and food aficionados. Named after Irish immigrant John Martin, who in a gesture of patriotism laid the town out like a Union Jack and named the streets after foreign cities he’d visited, Martinborough has long been a service town for the South Wairarapa.

But in 1980, on the back of a government report which suggested the soil and climate had very good potential for vineyards, the area transformed itself into a premium wine growing region. Today there are around 30 boutique vineyards within easy walking or cycling distance to the town square.

Visit Green Jersey Explorer Tours to rent a bike – go for the electric option if you’d rather focus on the scenery and skip the exercise. Within 5 minutes on quiet, flat roads, you’ll be able to visit iconic wineries such as Palliser Estate and Ata Rangi, and local favourites like Cambridge Road, who make boundary-pushing biodynamic wines, and Poppies who are famous for their refreshing rose and lush mediterranean platters.

While you’re here, make sure you visit Union Square, a Kiwi bistro with a French twist inside the charming heritage Martinborough Hotel in the town square. The place has been named one of NZ’s best restaurants twice!

Fun for the whole family

The Wairarapa is a playground for families, with countless activities for kids (and big kids).

There’s the awesome Kids’ Own Playground in the beautiful Queen Elizabeth Park, right in the centre of Masterton. It’s home to a gigantic flying fox, a mini golf course, a miniature train on an island, pedal boats, and a deer park. The kids will have a field day.

Just next door, you’ll find Aratoi Wairarapa Museum of Art and History, and ConArt, a gallery and studio space for local artists that’s open to the public. For more local history, visit the Wool Shed, a working 19th century shearing shed that will give the kids a window into NZ’s fascinating farming history.

The Wairarapa is home to stunning landscapes and views.

If the kids are feeling adventurous, head to Pūkaha National Wildlife Centre, just 20 minutes from Masterton. Pūkaha is home one of the country’s most important conservation efforts, as well as numerous species of rare birds, including kiwi, kokako, kaka. Next, head east to Castlepoint, (50 minutes-drive from Masterton), a stunning beach with an iconic lighthouse perched high on cliffs – the perfect spot for a memorable family photo.

If literature is your thing, you will love the South Wairarapa town of Featherston, home to no fewer than seven bookshops and the annual Booktown festival (every May) which includes workshops for kids, readings and more in celebration of writers, readers and stories. On the way call into Greytown, arguably one of the prettiest towns in New Zealand with its beautiful restored colonial Victorian buildings and abundant quality shopping, perfect for some well-earned retail therapy.

The coast with the most

Make sure you pack your sunnies – because Wairarapa is home to miles of wild, beautiful coastline.

A day trip to Cape Palliser, the southernmost tip of the North Island, is a must-do. The area is home to the bizarre and spectacular Putangirua Pinnacles, which features in Peter Jackson’s Lord of the Rings trilogy. These giant columns of alluvial gravel shoot out of the ground, rising to over 50 metres. Down the road, the village of Ngawi has strong fishing roots, with more tractors per head of population than any place in the world, which are used to haul fishing boats in and out of the wild waters of the Cook Strait.

Keep going past Ngawi and you’ll reach a large fur seal colony and the breathtaking Cape Palliser Lighthouse, perched on rocky cliffs above the sea. Hike the 250 stairs to the top to take in the stunning views over the ocean and across the Kaikoura Ranges.

To find out what’s on in Wairarapa visit: wairarapanz.com.
Find new things to do around New Zealand at newfinder.co.nz.

Please travel safely and check guidance at https://covid19.govt.nz/ for alert level requirements in the region you’re travelling to.

Home Videos The WORLD of WINE – Wine News. Cheap wine, tasting notes and cooking with wine The World of Wine – May 2021 … END_OF_DOCUMENT_TOKEN_TO_BE_REPLACED

How to visit Napa Valley on a Budget. In this video Carson and I explain a few ways to enjoy Napa on the cheap. Tip and advice about how to visit Napa … END_OF_DOCUMENT_TOKEN_TO_BE_REPLACED

Home Videos Get To Know Argentina Wine | Wine Folly If you love Malbec, Argentina is your ultimate wine region. But that’s not … END_OF_DOCUMENT_TOKEN_TO_BE_REPLACED