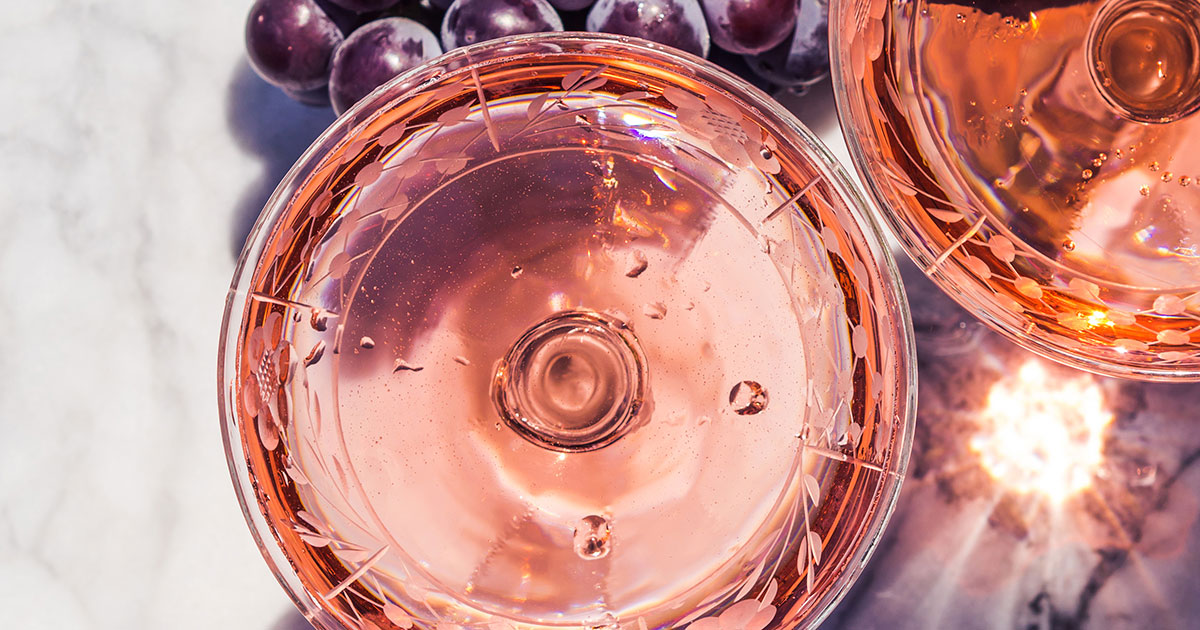 Most people only know rosé as one style – it’s light in colour and from Provence, or looks like it could be, says sommelier-turned-consultant Ambrose Chiang. Ambrose was beverage director for Momofuku Sydney and New York before decamping to Hong Kong to ride out the pandemic. He’s not opposed to the bright, cheery wines of France’s rosé capital, although he says he wouldn’t take one to a tasting.

What was once an afterthought – fruit pressed quickly, thrown into stainless steel and pushed onto the market soon after – is slowly changing. Ambrose has seen rosé hit its stride in Australia over the past five to 10 years, and lately
he’s appreciating styles with more colour, character and body.

For Ambrose, this has a lot to do with natural wine. “The natural wine community has really embraced rosé – they see it as equal,” he says. “There’s no bias to rosé being a lesser wine, and the knock-on effect has opened up what rosé can be.” 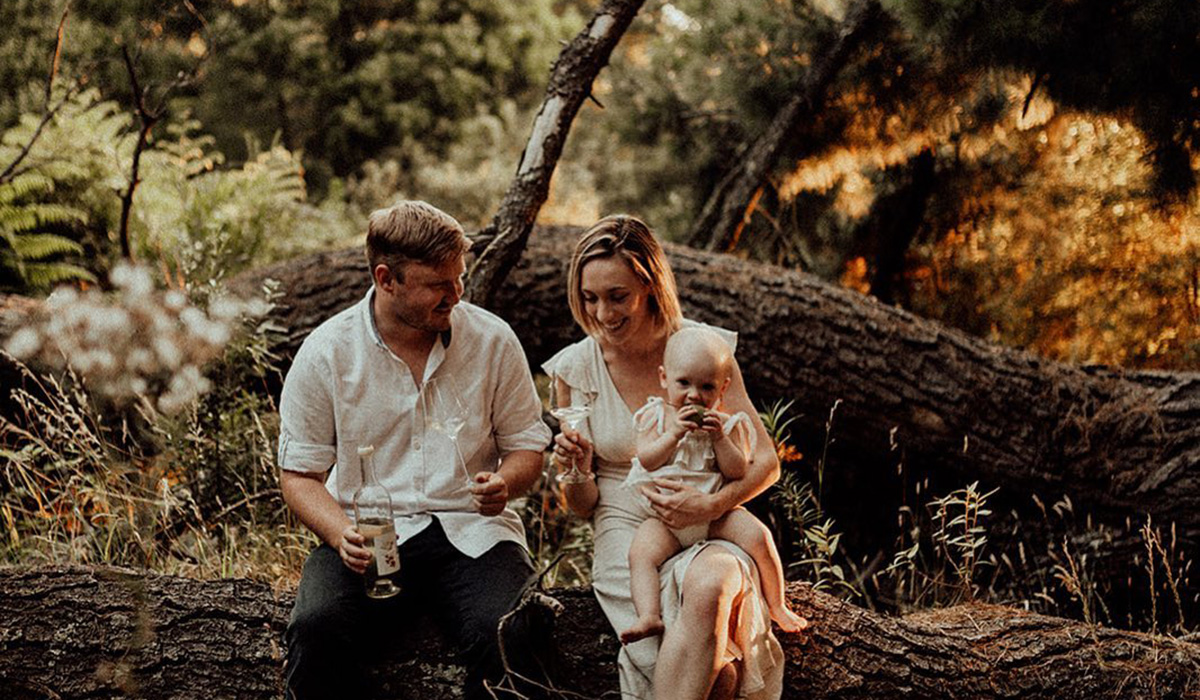 James and Jess Audus run A.R.C. Wines, short for A Random Collection. For the past three years, they have made a range of minimal-intervention wines sourced from Victorian fruit. From this year, they’ll work with their own vineyards in Gippsland. James got into natural wines after a stint at two-Michelin-star Copenhagen restaurant Noma from 2012 to 2014. On return to Australia, he established Lo-Fi Imports with partner Tom Sheer, with cult Austrian label Gut Oggau in their portfolio. It was their Winifred rosé that inspired James’s own deep-coloured interpretation. “What I like to drink has shaped my style,” James says. “The Winifred is a darker rosé that’s almost like a chilled red, with more extraction and more time on skins. It’s powerful and rich, and you don’t have to drink it icy cold.”

ARC’s 2020 rosé – a Mornington Peninsula tempranillo, cabernet sauvignon and merlot – spent six months in old oak before blending and bottling. Most winemakers release a rosé at this point, but James held this one back a few more weeks. That extra time in bottle has made the wine more complex – more “ready”, he says. “It’s been interesting, with COVID-19 we’ve not been in a mad rush. We’ve learned that we get a better result when we wait.” 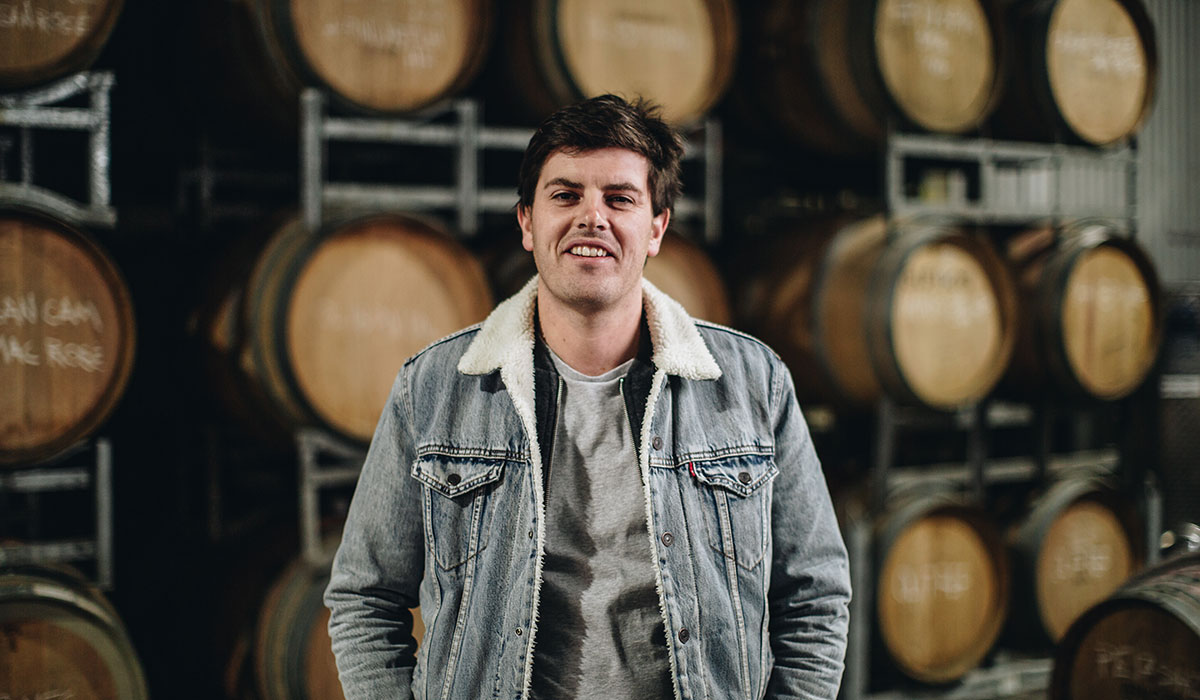 In Victoria’s Ballarat, winemaker Owen Latta of Latta Vino and Eastern Peake isn’t interested in calling his rosé as such. He doesn’t call himself a “natural” winemaker, either.

Owen took over Eastern Peake, long known for its exceptional chardonnay and pinot noir, from his parents in 2006, launching his second label Latta Vino with an organic Pyrenees-sourced sangiovese that hit the market in 2014.

Minimal-intervention winemaking was fast gaining speed in Australia, but for Owen, it was business as usual. “Zero sulphur is not a big thing for us,” he says. “It’s what we’ve always done.” In addition to the Eastern Peake Pinot Taché, a lees-matured, copper-coloured rosé that wine authority Campbell Mattinson has described as “electrically good”, Owen makes a barrel-aged nebbiolo-sangiovese rosé known only as Tranquil. “I don’t mention rosé on the label because I’ve never liked that word,” he says. Owen doesn’t label any of the Latta Vino wines by varietal, either. “You’ve just gotta know,” he jokes.

“Here’s the thing with the Tranquil,” Owen says. “Nebbiolo is not really what you’d call a ‘red’ grape – it’s an orange-coloured grape and the wine has a slight orange-hue.” When a wine is a little subdued in the bottle, it’s a good sign, he reckons. “If a wine looks too bright, well, it’s probably not quite right. It seems like Australia is catching onto that.” 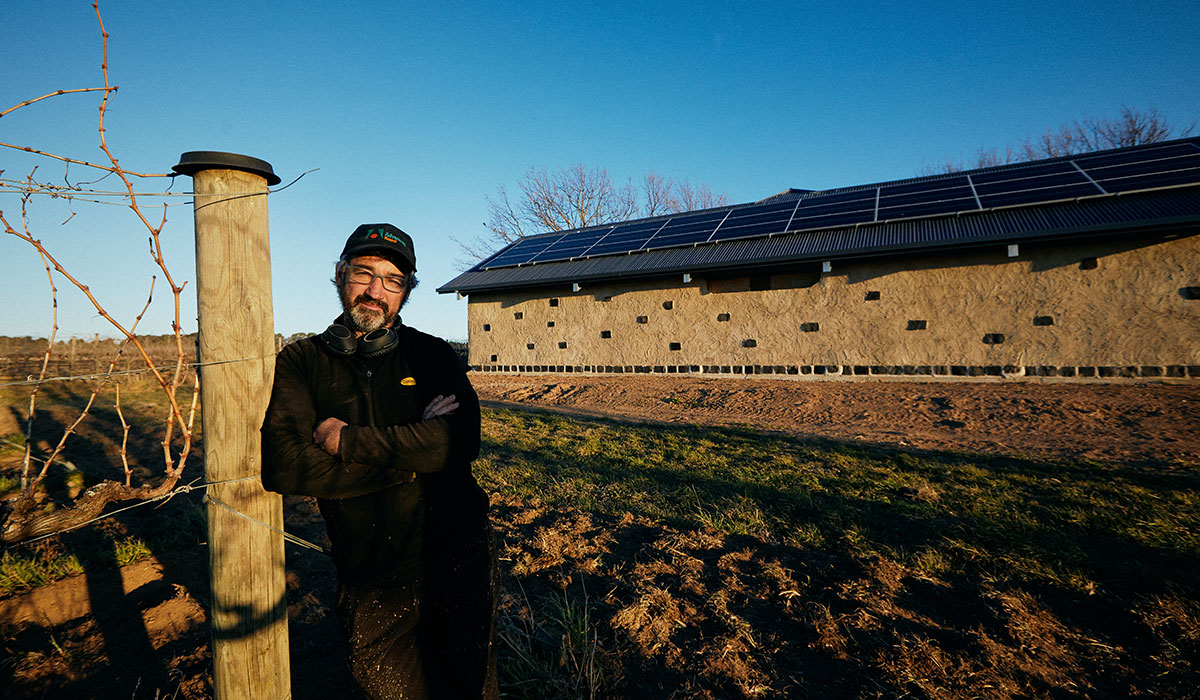 Bryan Martin is pushing boundaries with a savoury, flor-aged rosé.

“It isn’t a wine for everyone,” Bryan says of his nutty and complex sherry-style rosé. “I think it surprised a lot people.”

Also making wine at Clonakilla until late last year, Bryan had wanted to make a savoury, flor-aged rosé for a while. The stars aligned when he found himself with a couple of extra tonnes of nebbiolo in 2017. He wasn’t looking to be different for the sake of it, but to “push the boundaries of what you can do with wine and still have something beautiful to drink.”

“I had to think about how I was even going to get flor – it’s seen as a problem yeast these days,” Bryan says. And once the juice was in barrel, he couldn’t do much other than keep it cool and make sure no one bumped it. “If you knock the barrel, the flor will drop into the wine – it’s really sensitive.”

It was almost two years before anyone was allowed to taste what may or may not have been the finished product. “I had no idea what it was going to be like, but you never truly believe it’s going to turn into something delicious,” Bryan says.

It will be three more years until anyone can try it again – unless you’re lucky to spot one of the few bottles still in circulation. Bryan was planning to make more in 2020, but his nebbiolo was lost to bushfires that swept across NSW’s Hilltops region. “I’ll have to start from scratch when I do it again,” he says. Even then there are no guarantees, but he’s okay with that. “I’m happy to do those long-term things.” 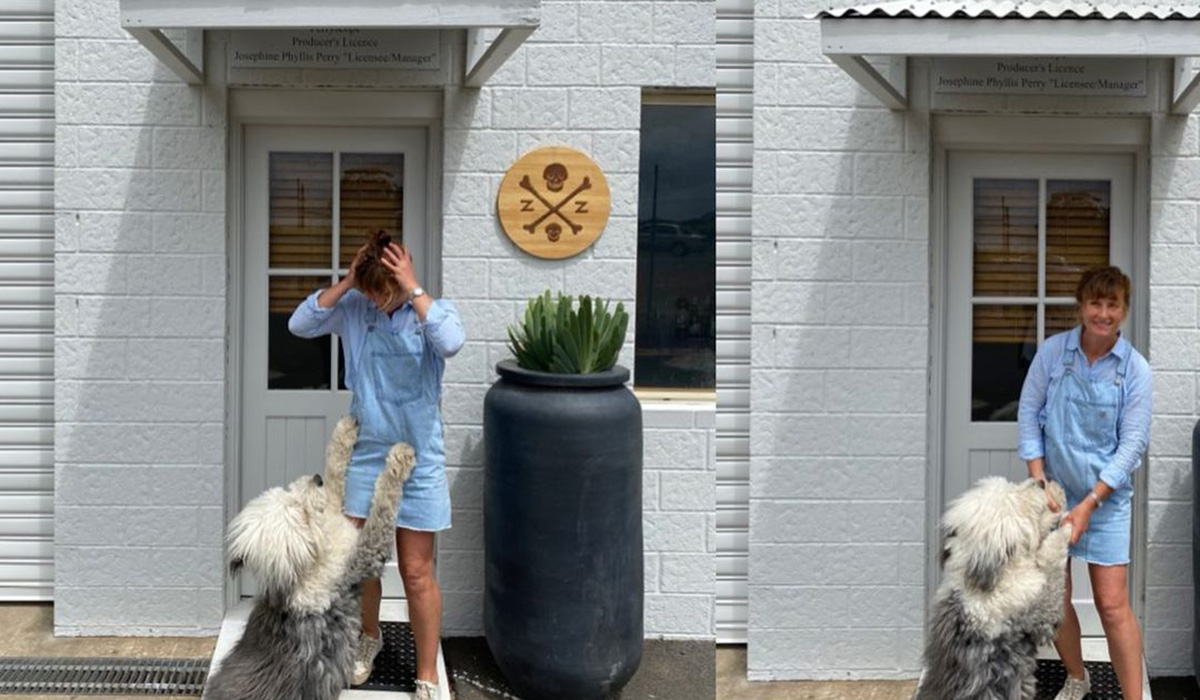 “I didn’t want to make a rosé at all,” says Josephine Perry of West Australian labels Dormilona and Yokel. It’s funny because she has six of them now. “It’s ridiculous!” she laughs.

Josephine is unashamedly lo-fi, taking familiar grapes such as chardonnay, chenin blanc and grenache, and treating them with minimal oak and filtration. You could call her a “hands-off” winemaker, but she’s paying a lot more attention than most. “There’s a right way to do things – without fault,” she says. “I’ll throw wines out if they’re too ‘out there’.”

Jospehine made her first Yokel Grenache Rosé with the 2020 vintage. She uses Swan Valley fruit from 80-year-old vines, which is hand-harvested and left on skins for a day to build flavour intensity. It’s then basket-pressed into a 2000L cement egg called Bacon (yes, really) for two months before bottling. The egg is the secret, Josephine says, to a subtle, yet pretty wine. “Old oak can dank the fruit, but amphora gives that little bit of oxygen so the
fruit can really shine through.”

Josephine makes it sound easy, but she says rosé is one of the most challenging styles to make. “[Rosé] has been good for me – it’s made me really think,” she says. It’s a sentiment that will resonate with plenty of winemakers who don’t see the style as an afterthought. What’s that old saying? Nothing good is ever easy, and nothing easy is ever good.

This is an edited extract from issue #56 of Halliday magazine. Become a member and enjoy digital access.

Home Videos The WORLD of WINE – Wine News. Cheap wine, tasting notes and cooking with wine The World of Wine – May 2021 … END_OF_DOCUMENT_TOKEN_TO_BE_REPLACED

How to visit Napa Valley on a Budget. In this video Carson and I explain a few ways to enjoy Napa on the cheap. Tip and advice about how to visit Napa … END_OF_DOCUMENT_TOKEN_TO_BE_REPLACED

Home Videos Get To Know Argentina Wine | Wine Folly If you love Malbec, Argentina is your ultimate wine region. But that’s not … END_OF_DOCUMENT_TOKEN_TO_BE_REPLACED