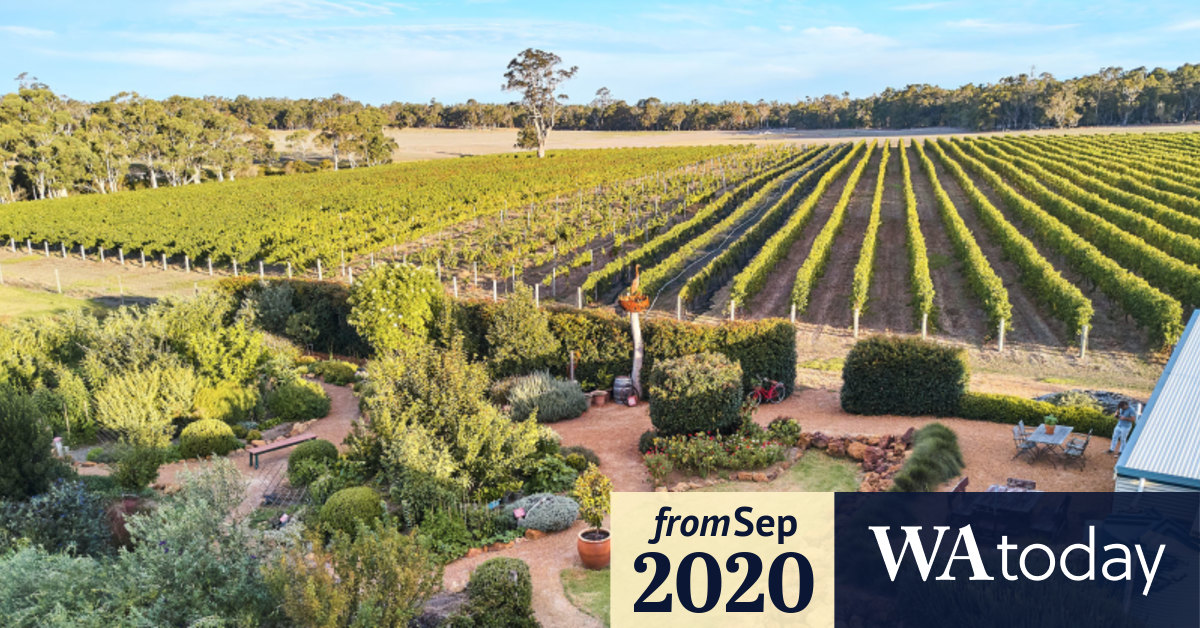 “The garden can help demystify wine speak,” Cathy said. “It is a gentle and subtle way to introduce various food and wine matches to visitors, who love wine or food or gardening, or all three.”

A mix of joy, surprise and “light bulb” moments are common as winery visitors realise a connection between the aromas and flavours of various herbs, flowers and fruits with what they are smelling and tasting in the glass.

“The sensory garden helps simplify food and wine pairing. People are often asking what herbs can they grow at home afterwards,” Cathy said.

“You don’t have to go out for a gourmet food experience, you can do it very simply from your own garden.

“We had some sommeliers and restaurateurs from across Australia and the world get sent here as part of a tourism promotion and they were amazed to discover new flavour matches they had never considered.”

For those playing at home, Cathy suggested sourcing a simple ingredient like dill and fennel, which she said paired perfectly with sauvignon blanc: “I’ve found it will go well with chicken or fish, throw in some lemon thyme, which has a lovely savoury tannin structure and a twist of lemon to flavour it.”

With the garden evolving and the couple immersed in farming, wine and food almost 24/7, do they ever get a moment to eat in peace without thinking about possible future pairings and plantings?

“Not really,” laughs Cath. “Although last Friday we opened our new rosé and drank it with a bunch of cheeses that paired great but we didn’t think too much about it!”

Leading wine writer, retailer and sommelier John Jens has been tasting wines for more than 40 years and said the Whicher Ridge sensory garden was an experience everyone should do, from young to old, to detect or rediscover the nuances of flavour and senses.

“I wish I had access to something like Cathy and Neil are doing when I was younger, it would’ve improved my knowledge of food pairings and descriptors and the like,” said Jens, who runs Lamonts Wine Store in Cottesloe.

Jens said there were some key essentials to keep in mind when tasting wine. Being subjective was most important no matter what or how others around you saying.

He had been at tastings where some of Australia’s best wine critics were poles apart on judging certain wines and describing their flavour.

“If you think of a piece of classical music, if there is one off note, it would be jarring to your senses. Wine is different; faults and imbalances are difficult to notice due to the quality of winemaking,” he said.

“Describing wine should not just focus on flavours. Think about its texture, style … and have conviction.”

The Whicher Ridge sensory garden is in full bloom as WA-bound tourists head to the regions in droves while travel restrictions remain in place.

“We would like more visitors,” Cathy said. “The garden gives us the ability to have more people here as I’m not restricted to six people as it’s not indoors.”

Another left-field tasting for tourists hungry for something new is at Passel Estate in Margaret River.

The small, family-run winery has nature conservation at its heart, after owners Wendy and Barry Stimpson were drawn to save critically-endangered western ringtail possums reintroduced to their estate after devastating bushfires in 2011.

The couple has long supplied grapes for other wineries in the region but are now producing exceptional single-vineyard, low-yield wines of their own and this month launched four new wine tours for visitors to the region.

There’s a wine sunset tour, a guided tasting with Passel wines alongside other benchmark Margaret River drops that highlight stylistic differences, a private tour of the estate’s bushland conservation sanctuary with wines and cheese where you can get a look at the possums and, the most popular, a tasting of Passel wines paired expertly with bespoke handcrafted, bonbon-encased artisan chocolate.

“Coronavirus stalled the opening of the nature walk tour but people are loving the chocolate and wine pairing,” said Wendy.

“The chocolates were handmade and designed especially for us and come with tasting notes of their own.

“It’s been quite unexpected and people have just been blown away from it on social media.”

The couple were rescuing possums before they began growing wine on their property but decided to go their own way after being approached by a conservation group after the awful bushfires.

“That really started most of it for us … now we offer an opportunity for visitors to learn something new on a deeper level, and with our conservation aspect it really connects these days with what people are looking for.”

Home Videos The WORLD of WINE – Wine News. Cheap wine, tasting notes and cooking with wine The World of Wine – May 2021 … END_OF_DOCUMENT_TOKEN_TO_BE_REPLACED

How to visit Napa Valley on a Budget. In this video Carson and I explain a few ways to enjoy Napa on the cheap. Tip and advice about how to visit Napa … END_OF_DOCUMENT_TOKEN_TO_BE_REPLACED

Home Videos Get To Know Argentina Wine | Wine Folly If you love Malbec, Argentina is your ultimate wine region. But that’s not … END_OF_DOCUMENT_TOKEN_TO_BE_REPLACED