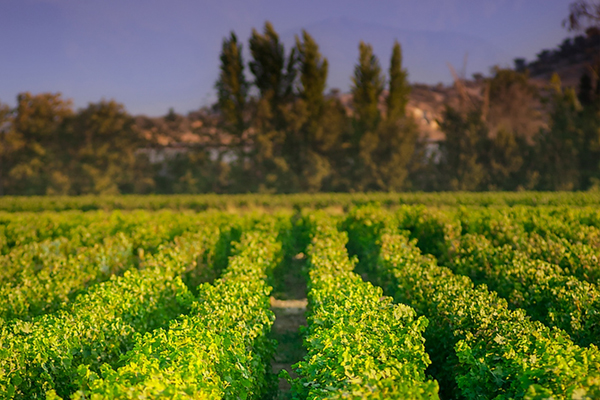 A new world of wines and a land of extremes, where almost 500 years of winemaking and heritage vineyards thrive alongside a vibrant, youthful, progressive winemaking culture, and a commitment to a sustainability second to none.

Why You Should Attend: Hear from three Chilean wine producers that represent the heart of Chile and its magic, as they take you on a journey through hidden DO’s and noteworthy varietals from all around the region.

What You Will Learn: Let’s discover the intricacies of Chile: Its ends, innovations, new and established wine varieties and more. Explore elements such as Cabernet from Maipo Valley, Chile’s hidden gem: Carmenere from the Colchagua Valley, new DO’s and trends in the region.

Kostrzewa joined Wine Enthusiast as a senior editor in 2006 after 10 years in the travel, lifestyle, wine and food content realms in Northern California. In her 13-year tenure at the company, she has led a comprehensive rebrand of the legacy media group, including a complete redesign of the print magazine, website and expansion of the editorial and tastings teams on the West Coast, Europe and beyond. Kostrzewa was awarded Folio’s Changemaker of the Year award in 2018 for her successes in content attracting age- and gender-diverse audiences, and her efforts in mobilizing California wildfire relief support.

Marcelo Papa, winemaker of Marques de Casa Concha and Technical Director for Viña Concha y Toro, has been widely applauded as one of the most influential figures in the national winemaking scene, and he was recently named the 2019 “Winemaker of the Year” by the prestigious British wine critic Tim Atkin.

At the head of one of the most renowned Chilean brands for over 20 years, Marcelo Papa has managed to give his unique signature touch to the Marques de Casa Concha wines from the beginning, creating a dynamic line with a strong sense of origin and incessantly seeking out the best expression and character of the grapes from diverse origins to give life to each of the wines in the line.

Marcelo was always linked to the world of wine. His maternal grandparents had a home in Capitán Pastene in the Araucanía Region, where his grandfather made handcrafted wine for family consumption, and his father owned a restaurant in Santiago, which immediately sparked his interest in food and wine. Marcelo holds a Degree in Agriculture from the Pontifical Catholic University of Chile.

Aurelio Montes del Campo was born in Santiago, Chile. He studied Agronomy at Universidad Católica de Chile, where he also completed an advanced undergraduate course in winemaking. He graduated in 1999.

Early in his career as a winemaker, Aurelio travelled around the world to see the main wine-making regions. He gained extensive knowledge of, and valuable experience in winery management and winemaking practices. He returned to Chile in 2001 and joined Viña Ventisquero.

In 2007 he was invited to join Montes’ winemaking team as Winemaking Director. He worked at the Apalta winery, where Montes’ iconic and Alpha Premium wines are made. During those years, he created new wines and studied deeply Montes’ terroir.

In 2011, Aurelio moved with his family to Mendoza, Argentina, to lead Montes’ winery in Argentina: Kaiken. He turned Kaiken into a symbol of high-quality in Argentina’s wine industry. Since his arrival in Mendoza, Aurelio has explored new terroirs and winemaking techniques. Biodynamics and sustainability are the building blocks of Kaiken’s practices.

Aurelio returned to Chile at the beginning of 2016.

Sebastián was born in Chile, but his great desire to explore the world led him to live in New Zealand, where he studied Viticulture and Enology at Lincoln University. After graduation he worked as an assistant winemaker at Tyrrell’s Wines in Australia and at Margrain Vineyard, a boutique winery in Martinborough, New Zealand.

Sebastián joined Viña Carmen in 2005 as Chief Winemaker, where he continued to perfect the company’s Premium wines, focused on producing wines with their own identity and capturing the essence of their terroir. Among the lines led by Sebastián were Wave Series, IIII Lustros, created to commemorate 20 years since the rediscovery of Carmenere in Carmen’s vineyards, and Carmen DO, currently one of the most emblematic lines of the winery and the result of an intensive quest to return to the origins of winemaking. During this time, Viña Carmen was named “2016 Revelation Winery” by the Descorchados guide and named “Winery of the Year” several times by Wine & Spirits.

By the end of 2019, Sebastián was recognized as “Revelation Winemaker of the Year” by Descorchados 2020 wine guide, where Patricio Tapia highlighted “Since his arrival at Santa Rita, in 2017, he has provoked a small revolution with risky wines, at the limit”.

A Note From Our Sponsor: Wines of Chile is a non-profit trade association that represents the wine producers of Chile. Our mission is to promote greater awareness for the quality and image of Chilean wines throughout the world. Services include conducting research and analysis, providing worker assistance and training, and developing a wide range of educational programs for our members, which currently account for over 70% Chile’s bottled wine exports.

LOS GATOS, CA — A tasting room in downtown Los Gatos is closing at the end of this week. The Left Bend Tasting Room on Santa Cruz Avenue has served … END_OF_DOCUMENT_TOKEN_TO_BE_REPLACED