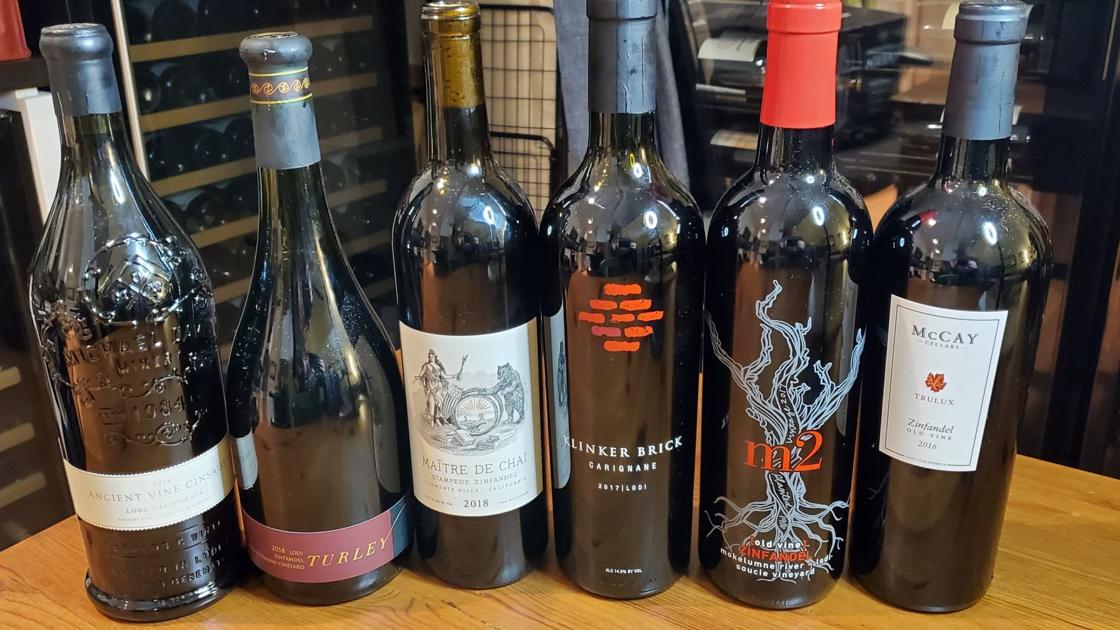 The sight of an old vine is mesmerizing. The thick trunk and gnarly, troll-like shape is nothing like the evenly spaced, perfectly trellised and pruned vines. Old vines are full of history and they tell a story.

Many say that the average life span of a grapevine is 25 to 30 years. While there are no legal guidelines in the United States governing the use of the term “Old Vine,” it is usually used for vines of at least 50 years of age or older. And some vines can grow to more than 120 years of age.

Lodi is home to California’s highest concentration of own-rooted old vines and has been growing grapes since the 1850s. The oldest surviving vineyard planted in Lodi was planted in 1886.

Located directly east of the San Francisco Bay and south of the Sierra Nevada Mountains, Lodi has a Mediterranean climate with warm days and cool nights, as well as cool breezes from the Sacramento River Delta that provide natural air conditioning throughout the growing season.

Two major rivers, the Mokelumne and Cosumnes, originate in the Sierra Nevada Mountain and run through Lodi. These rivers have brought soils rich in granitic-based minerals that add to the diverse soils formed thousands of years ago.

Most of the old vines planted in Lodi are planted near the Mokelumne River in deep sandy loam soils. When phylloxera hit California in the 1800s and 1900s, Lodi was spared because phylloxera cannot proliferate in this kind of soil. Not only does Lodi have old vines vineyards but the vineyards dating back into the 1800s are planted on their own natural rootstocks.

The first grape varieties planted in Lodi were Zinfandel, Carignan, and Cinsaut (aka Black Malvoisie). After surviving phylloxera, they also survived Prohibition as Lodi grape growers shipped grapes to people who wanted to try home winemaking.

Today, these gnarled vines, 50 to 100 years of age or older, are still producing ripe, concentrated fruit. Generations of Lodi winegrowers have cared for these old vine vineyards. It is costly to maintain these vines as they require lots of manual care and they still produce lower yields. And old vine wines do not necessarily garner higher grape prices, so there is a diminishing return on the investment of the farmer.

Some dedicated winemakers, however, are continuing to nurture these vineyards.

The Phillips family has been farming in Lodi since the 1860s and cultivating wine grapes since the early 20th century. Brothers Michael and David Phillips are fifth-generation grape growers and Mike’s son Kevin Phillips joined the team, along with his sister Melissa. Kevin has a great deal of experience with old vine Zinfandel and Cinsaut.

In 2008, the Phillips family began managing and farming the Bechthold Vineyard. The Cinasault was planted in 1886, and according to Kevin Philips, is “still going strong.” Tegan Passalacqua of Turley Wine Cellars, who purchases fruit from Bechthold Vineyard, called it “the dodo bird of California viticulture.”

The 25-acre vineyard block on the west side of Lodi is dry-farmed, organic and sustainably farmed. Kevin Phillips described it as “a total sandpit.” He added, “Since we took it over, we have seen the yields come back up.” Each year they designate sections and sell to 16-18 buyers, including Bonnie Doon and Turley.

Jeff Perlegos and his brother, John Perlegos, own and farm 20 acres in the Clement Hills AVA in Lodi where vines were first planted in 1928 during Prohibition. Additional plantings were added in the 1930s and 1940s. The land is mostly planted to Zinfandel with some Mission, as well as a little Mourvèdre and three or four vines of Cinsaut. They recently added some Alicante Bouche and Syrah.

They grew up on an old vine vineyard and are attracted to the type of farming required. Jeff explained that “with old and fragile [vines] you have to have a lot of respect for it, like you have respect for your grandparents. [These vines] have seen more summers than you have or will.”

Tegan Passalacqua, winemaker at Turley and owner and winemaker of Sandlands

A winemaker turned vineyard owner, Passalacqua believes that because “Lodi can grow Zinfandel on its own roots very very well, it tells me that that variety is suited for here.”

In 2012, he purchased the Kirschenmann Vineyard, planted in 1915 and located on the east side of Lodi. The 19-acre property has 15 acres of own-rooted, old vine Zinfandel, as well some Carignane, Mondeuse Noir (originally from the French Alps) and Cinsaut. English walnuts planted on the other four acres were pulled out in 1989 and replaced by four acres of trellised Zinfandel, and later grafted over to Pinot Grigio.

Owned by Jeannie Rauser and managed by the Felten Family of Klinker Brick Winery, the Rauser Vineyard was planted in 1909 in the Mokelumne River AVA. Planted primarily to own-rooted ancient vine Carignan, it was planted pre-Prohibition, which means that it is interplanted with Alicante Bouche, Grand Noir, and Zinfandel.

Located in the far west edge of the Mokelumne River AVA, Soucie Vineyard is owned by and has been farmed by the Soucie family for three generations. The oldest block in the vineyard is own-rooted, head-trained Zinfandel, dating back to 1916. Kevin Phillips described the Soucie Vineyard as “the most immaculate vineyard,” which results in consistency in the fruit and the flavor.

Home winemaker turned commercial winemaker Layne Montgomery founded m2 Wines in 2004 and has sourced from Soucie Vineyard since the beginning.

Also known as the Pescador Vineyard, Trulux Vineyard is a 30-acre vineyard planted in the 1940s. Because it was planted post World War II, the vines are planted on St. George rootstock. What is distinct about the vineyard are the six-foot-tall head-trained vines with ladder-style pruning, also known as the “Lodi Ladder,” developed to withstand the wind and also to spread vigor.

Kevin Phillips described old vines as being “like a grandparent that is senile and needs more help. I love them but they are a pain in the ass. They require more care, more passes in the vineyard. They don’t necessarily cost more in farming, but they require a lot more work and effort.”

Tegan Passalacqua added, “You need to treat it like a family heirloom, not an old chair you trash. You take care of it.”

“These vineyards are becoming increasingly rare and once they are gone, they will be gone forever,” Jeff Perlegos said. “We want future generations to experience these wines, the vines they are grown on, the places.”

Home Videos The WORLD of WINE – Wine News. Cheap wine, tasting notes and cooking with wine The World of Wine – May 2021 … END_OF_DOCUMENT_TOKEN_TO_BE_REPLACED

How to visit Napa Valley on a Budget. In this video Carson and I explain a few ways to enjoy Napa on the cheap. Tip and advice about how to visit Napa … END_OF_DOCUMENT_TOKEN_TO_BE_REPLACED

Home Videos Get To Know Argentina Wine | Wine Folly If you love Malbec, Argentina is your ultimate wine region. But that’s not … END_OF_DOCUMENT_TOKEN_TO_BE_REPLACED