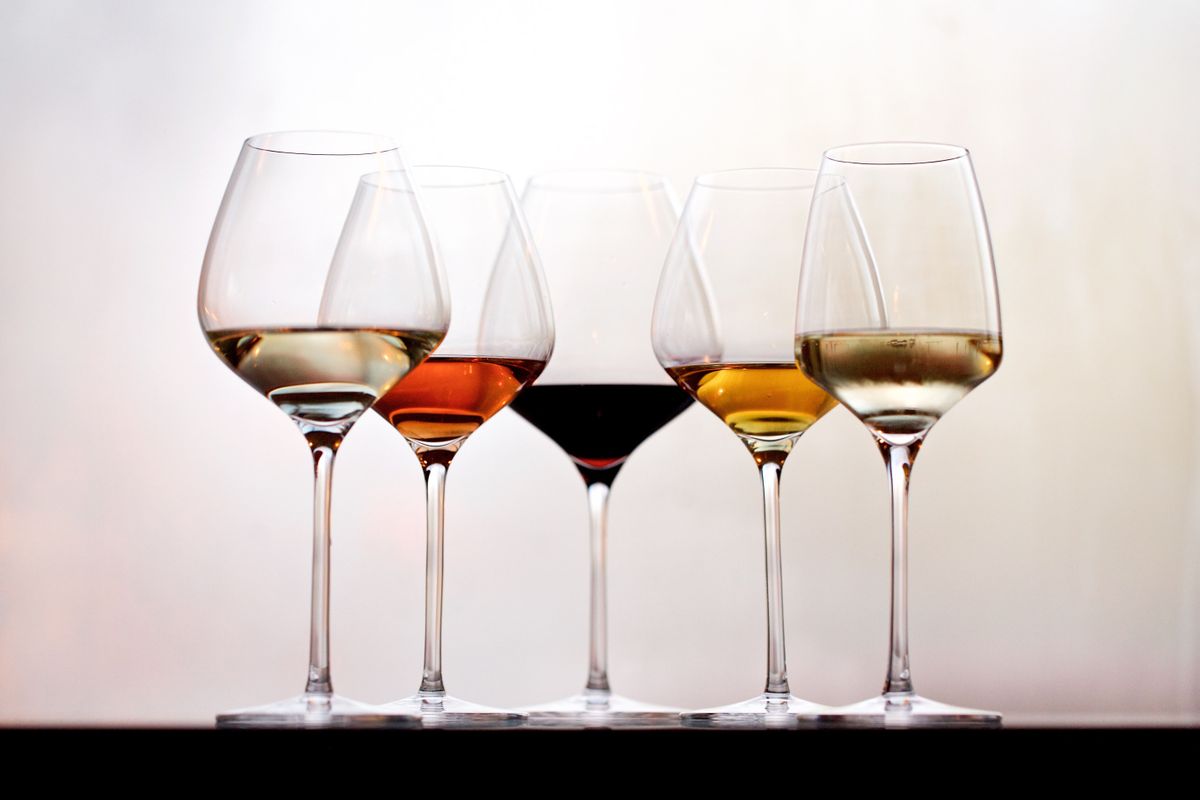 In “From Russia With Love,” released in 1963, Sean Connery as James Bond orders grilled sole in the dining car of a train bound for Trieste in northeastern Italy. He requests a bottle of blanc de blancs Champagne, but the villain, Nash, played by Robert Shaw, asks for Chianti with the same dish.

“White chianti, monsieur?” the waiter asks. There is no white Chianti, of course, but Nash, not realizing that, specifies he wants “the red kind.” He’s about to drug Bond’s wine and doesn’t want to mix it up with his own.

In the next scene, as Bond staggers at Nash’s mercy under the effect of the narcotic, Bond says: “Red wine with fish. That should have told me something.”

“You may know your wines,” Nash replies, pointing his gun at Bond. “But you’re the one on your knees.”

We used to be on our knees and under the gun about wine and food pairings. The essential guideline was “white wine with fish, red wine with meat” back when we ate nothing else. The book “Red Wine With Fish,” by David Rosengarten, was pathbreaking when published in 1989. Rosengarten assured us it was OK to drink a wine we liked with food we liked despite old-fashioned strictures about what was right.

Today, we have shattered the paradigms of wine and food pairings. The traditional Euro-American diet of “meat and three” has expanded to include Mediterranean, Middle Eastern, Indian and Sichuan, to name a few. We mix and match ingredients and spices from around the world. Some of us abstain from meat and fish on occasion, others altogether. And this culinary liberation extends to wine – as we now eat foods from around the world, we have wines made from grapes grown in regions once unfamiliar to us, from Slovenia to Salta to Patagonia to Otago to Kakheti to the Rocks District of Milton-Freewater.

Red wine is no longer Bond’s Chianti (cheap) or Bordeaux (classy). It’s refosco, saperavi, cannonau and Zweigelt. There’s no “white with tofu, red with chickpeas” to hold us back or make us worry we’ll get it wrong.

A friend recently grilled me about the food pairing suggestions I offer in the tasting notes of the wines I recommend each week. “Pair this with meat from the grill” or “lighter seafood dishes” is not very specific advice, she said. These are not prescriptions, I replied, but invitations to experiment. More precise recommendations, such as “pair this with osso buco” or sole meunière or lamb biryani, would be too restrictive. Why limit our possibilities?

There are no longer hard-and-fast rules about pairing food with wine, but some guidelines can help inform our choices.

Fat cuts tannin. Big, young red wines with lots of tannin pair best with fatty foods – think cabernet and steak. An unconventional corollary: Acid cuts fat. If you have riesling in the fridge, try it with your beef.

Pair with the flavoring rather than the protein. The dominating flavor in a dish may not be the meat/fish/poultry but the spice or herbs in the sauce. Think of these when choosing a wine. You might prefer a pinot noir with grilled salmon but a chardonnay if you’re slow-cooking that fish in the oven.

Fruity wines for spicy foods. Conventional wisdom says sweeter, or off-dry, wines pair best with hot and spicy dishes. That’s why we used to see gewurztraminer recommended for Asian cuisine. I find fruity, rather than sweet, is a more reliable guide – ripe fruit tastes sweet, and wines can taste ripe without being cloying.

Rosé is my go-to for hotter foods such as Sichuan, but fruitier, less tannic reds such as Loire cabernet francs and Beaujolais work, too. And not all Asian cuisine is spicy. Peking duck, for example, is terrific with a rich nebbiolo such as barolo and barbaresco from Piedmont in Italy. Nebbiolo has an affinity for soy and hoisin flavors.

Pair the food with the wine, not the other way around. If you are opening a prized bottle from your cellar, let the wine shine. Simple, gently seasoned classic foods are best here. Cream, mushrooms and tarragon are umami-rich flavors that enhance a wine’s virtues.

Certain vegetables, notably asparagus and artichokes, are said to destroy wine. I think that’s because those veggies often get overcooked. Acidic whites, such as gruner veltliner or sauvignon blanc, can match these aggressive flavors. They are also my choice to pair with a casual salad.

Probably the only real controversy remaining over food-wine pairing is chocolate. Some people are adamant that chocolate does not pair well with wine, period, no how, no way. But chocolate comes in many forms and recipes. Port or a fruit-forward cabernet can match a rich, custardy chocolate dessert. Brownies can bring out red currant flavors in a pinot grigio. Go figure.

And, finally, my personal mantra: Bubbles go with everything. Bond may have been bound by some old-fashioned rules on food and wine (and let’s not get into his martinis), but he was spot on with his love of Champagne.

Home Videos The WORLD of WINE – Wine News. Cheap wine, tasting notes and cooking with wine The World of Wine – May 2021 … END_OF_DOCUMENT_TOKEN_TO_BE_REPLACED

How to visit Napa Valley on a Budget. In this video Carson and I explain a few ways to enjoy Napa on the cheap. Tip and advice about how to visit Napa … END_OF_DOCUMENT_TOKEN_TO_BE_REPLACED

Home Videos Get To Know Argentina Wine | Wine Folly If you love Malbec, Argentina is your ultimate wine region. But that’s not … END_OF_DOCUMENT_TOKEN_TO_BE_REPLACED