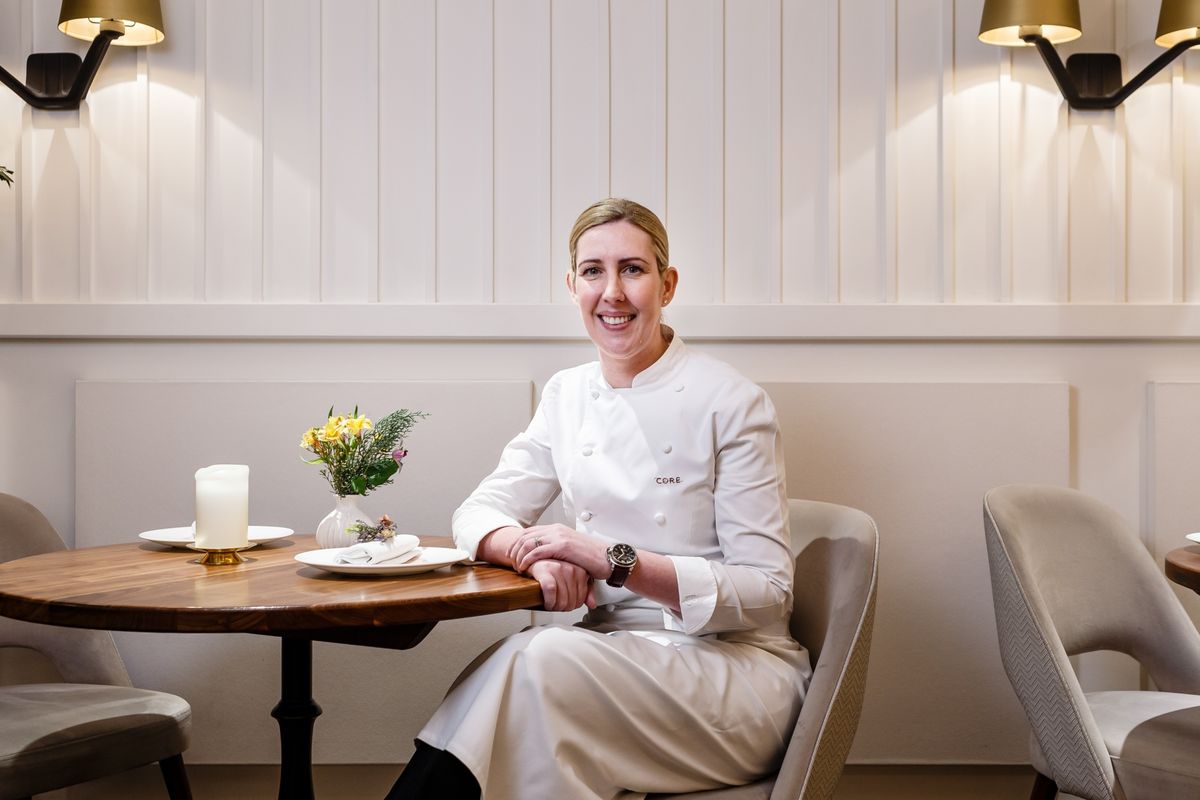 But when Clare Smyth became the first British woman to be awarded that accolade in her own right last month, she didn’t sell a single table. Core by Clare Smyth was closed because of the lockdown, and it was only a few days ago she learned that the government plans to ease restrictions from May 17.

While it’s a date that couldn’t come soon enough, Smyth says she’ll be very careful about reopening. After all, she was forced to cancel or move 20,000 reservations over the course of last year because rules kept changing, leaving both Smyth and her customers frustrated.

Instead, Smyth has focused in recent months on a home-delivery service called Core at Home that the chef says has revealed pent-up demand from avid diners stuck at home. The basic menu costs £350 ($493) for two, plus delivery, and sells out almost immediately. Add-ons, such as 50 grams (1.8 ounces) of Royal Oscietra caviar with garnishes (£150); 50g Black Périgord truffle and slicer (£99); a cheese plate (£30); and a wine pairing (£75 per person) are popular, too.

“People have saved a lot of money this year and they want to spend it,” Smyth said. “They are at home and they are bored. People are buying caviar, they are buying truffle — they are desperate for those luxury experiences. They really want that entertainment.”

London restaurants have grappled with an ever-changing set of rules in the past year to contain the spread of the coronavirus. After the first lockdown early last year, a government-sponsored initiative in August to subsidize restaurant meals called Eat Out to Help Out was a success to bring diners back. But then hospitality venues across England faced a 10 p.m. curfew a month later before being forced to close down entirely as the outbreak worsened.

Even if the re-opening sticks this time around, restaurants will still need help to bounce back, said Smyth. She would like to see the government extend the current reduction of value-added-tax to 5% and continue a business-rates holiday for retail, hospitality and leisure businesses.

“We’ve faced huge staff costs during the lockdown and the landlord is not giving me a penny off the rent,” she said.

Smyth grew up on a farm in Northern Ireland and moved to England at the age of 16 to become a chef. She trained with Gordon Ramsay at his restaurant in London before moving to Monaco to work under Alain Ducasse at his three-Michelin-star Louis XV.

After her return to London at the age of 28, she joined Gordon Ramsay’s flagship restaurant, becoming the guardian its three stars. She left in 2016 and opened Core, in London’s Notting Hill, the following year.

Not surprisingly, she is looking forward to welcoming diners back after the lockdown.

“I am extremely optimistic,” Smyth said. “The economy is like a coiled spring. It can’t wait to get out.”

Home Videos The WORLD of WINE – Wine News. Cheap wine, tasting notes and cooking with wine The World of Wine – May 2021 … END_OF_DOCUMENT_TOKEN_TO_BE_REPLACED

How to visit Napa Valley on a Budget. In this video Carson and I explain a few ways to enjoy Napa on the cheap. Tip and advice about how to visit Napa … END_OF_DOCUMENT_TOKEN_TO_BE_REPLACED

Home Videos Get To Know Argentina Wine | Wine Folly If you love Malbec, Argentina is your ultimate wine region. But that’s not … END_OF_DOCUMENT_TOKEN_TO_BE_REPLACED