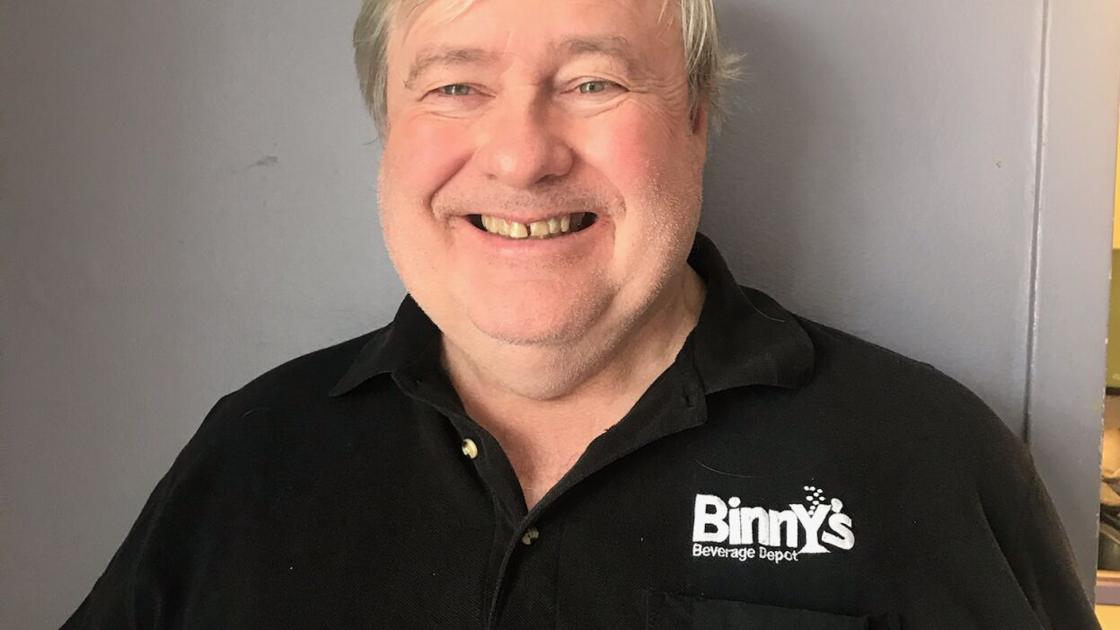 Gregory Fulham has helped Hyde Parkers enjoy wine for decades, working as a wine consultant at Binny’s off and on since 1981. He’s been in the neighborhood even longer, having come here to write a dissertation on modern Irish history in 1977, then worked for more than a decade at Powell’s books, and at the old Binny’s Beverage Depot location on 53rd and Lake Park.

“It’s the best job in the world,” Fulham said of being a wine consultant, “It’s a perpetual conversation about what wine can add to your life.”

In the course of his work, Fulham has traveled to wine-growing regions around the world, developed a working knowledge of the wine preferences held by generations of Hyde Parkers, and even met his wife, Patty McNamara.

“We met at the store,” said Fulham. “She asked me out for breakfast and we went out, this one particular Sunday, with a bright sun, blue skies, 61 degrees — oh my word! A beautiful day. We had a wonderful breakfast at a little diner around Taylor Street.

“Eventually we had another meal. We’ve been married for 16 years.”

Fulham grew up drinking wine with his parents in New England, he said. His father travelled as part of his work in the family fishery business and developed a taste for wines from different countries, which he in turn passed on to his son.

At the University of Chicago, Fulham said, he “spent a significant amount of disposable income on wine.”

Fulham was researching the Royal Irish Constabulary, what he called “the first modern police force in Europe.” The force was foreign-controlled and used to quell anti-colonial revolts.

While researching his PhD thesis, he worked as a cheese clerk at Binny’s, moved to another wine shop, and went to Ireland to research his paper for a year. He says he worked for between 15 and 20 years on a thesis that he ultimately abandoned. “It just became too difficult to study and work at the same time,” he said.

Fulham worked at Powell’s for twelve years, noting strong similarities between the client bases of the bookstore and the wine store: “As a class of individuals, the readers and drinkers are really swell. They’re interesting, they have a sense of humor, and they also want to know things. Their educational process is continuous.”

He also emphasized the continuity between his historical interests and his interest in wine. “The thing about wine is that they come from a particular place, and a particular group of people, often those who’ve been making wine for generations. So they have histories.

“The wine that got me into the business was vintage port. Port was a collaboration between Portuguese winemakers and the market in England. If you had any money in the 19th century you spent it on port.”

Fulham returned to Binny’s in 2000. Upon his return, he assumed greater responsibilities for managing the wine program and began attending tasting seminars where growers from around the world would showcase their products.

“It’s like going to the best graduate seminar on beverages that you could imagine,” he said.

Binny’s sells so much Portuguese wine, said Fulham, that a grower invited him to travel to Portugal to visit the vineyards. “I think it’s safe to say that everyone who grows wine in Portugal knows that I work at Binny’s,” said. He’s also traveled to Chilean and Italian vineyards as part of his work.

As the climate changes, Fulham explained, vineyards are starting to pop up in elevations where viticulture was previously impossible. “It was hardly possible to grow Pinot Noir grapes in Germany before. Now they do. They’re starting to plan Champagne vineyards in England, where they never grew,” he said.

Fulham said that good wine is available at every price, and that price does not necessarily correlate with quality. He always begins by asking customers what their budget is and what they’re trying to eat alongside the wine. “Sometimes salesmen try to sell you what they want to sell. I try to sell people what they want,” he said.

“When people ask me if I’m the expert on wine,” he said, “I say, ‘No, I’m just enthusiastic.’ Hyde Park is full of experts, and there’s some experts here that know more about wine than I do. That doesn’t mean they sell it, but they might have written the book on it.”

He noted that most wine drinkers begin with fruity, juicy wines, and then graduate in time to dryer wines. To stay in contact Fulham said he “hands out cards like a crazy man, like I was running for president.”

He said he has been recognized in the street as the “Binny’s guy.”

“The thing about wine is that ultimately you’re going to share it,” he said, “so your happiness quotient just goes way up.”

Home Videos The WORLD of WINE – Wine News. Cheap wine, tasting notes and cooking with wine The World of Wine – May 2021 … END_OF_DOCUMENT_TOKEN_TO_BE_REPLACED

How to visit Napa Valley on a Budget. In this video Carson and I explain a few ways to enjoy Napa on the cheap. Tip and advice about how to visit Napa … END_OF_DOCUMENT_TOKEN_TO_BE_REPLACED

Home Videos Get To Know Argentina Wine | Wine Folly If you love Malbec, Argentina is your ultimate wine region. But that’s not … END_OF_DOCUMENT_TOKEN_TO_BE_REPLACED