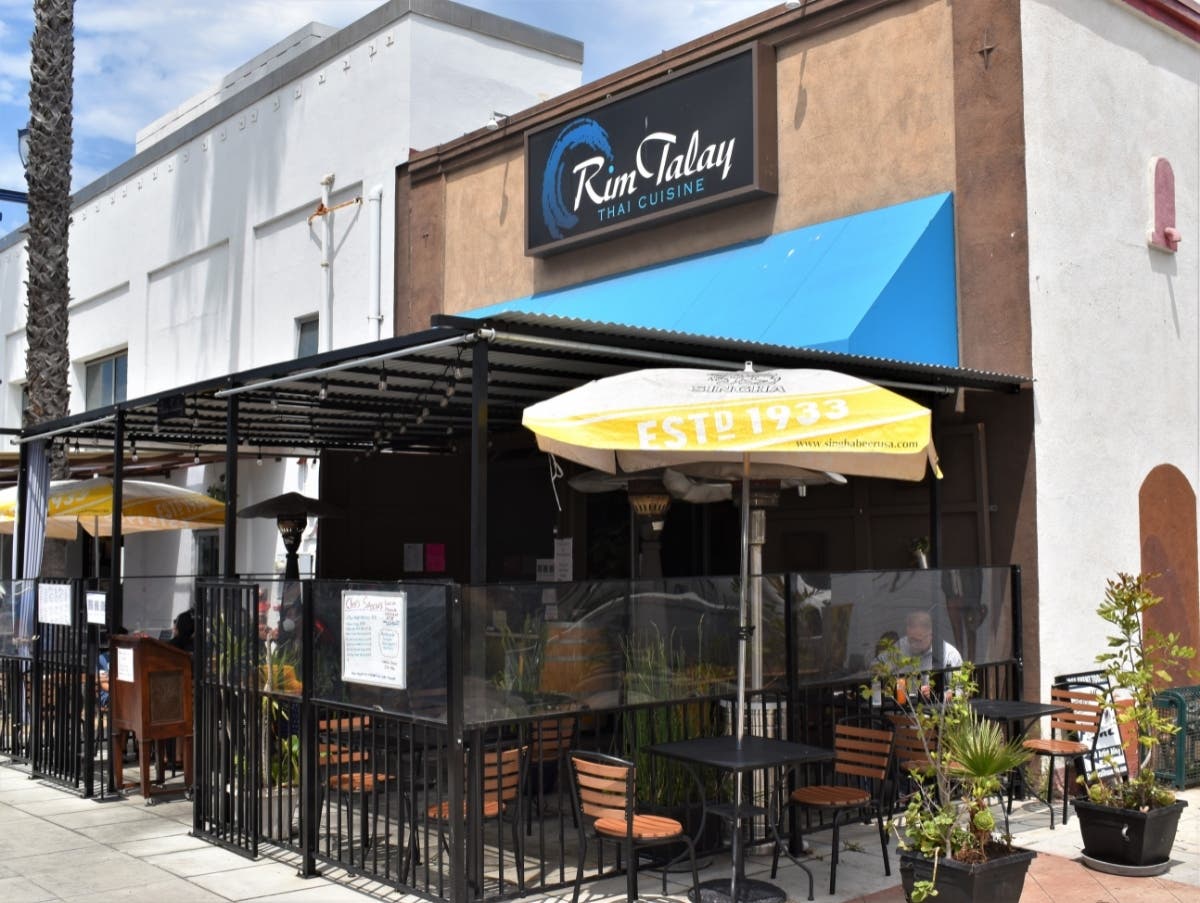 OCEANSIDE, CA — Every restaurant owner has stories about the challenges they’ve faced in order to fulfill their dream, but most don’t include a heroic escape to freedom. Yet that’s the incredible real-life story of Chef Ponie of Rim Talay Thai Cuisine in downtown Oceanside. Sam and Ponie Hyman are the husband and wife team that has owned and operated Rim Talay since it opened in 2010.

According to Sam, the real story is what Ponie went through to get here. Phimphone Somchith was born in Laos. Her father was Laotion and her mother was Thai. She learned to cook from her mother and her aunt. Her father was chief of police and worked very closely with the United States during the Vietnam War. When Laos fell to the Communists they arrested her father. At that point, 18-year old Ponie wanted to escape the country.

She had planned to cross the Mekong River with a group of young people and she did not even tell her mother she was going. The group had hired a boat, but it was not there when they arrived and Laotion army trucks were coming down the road. One of the kids said we’ve got to swim across the river. But, Ponie can’t swim. Fortunately, a girl that she had just met offered to help her. They filled a trash bag with air and floated Ponie across the river while the Laotion army was shooting over them.

They get to the other side of the river and were met by the Thai army, who heard the gunshots. So here Ponie was a scared kid and all they see is just silhouettes of soldiers with guns. The soldiers took them to a village and made them all sit in a circle and all the villagers surrounded them. They didn’t know what was going to happen to them at that point. Eventually, they were then taken to a refugee camp where Ponie remained for nine months until she was able to get to this country and meet up with her two sisters and brother who were already in the US. Because of her father, she received political asylum and spent the next 20 years working in restaurants and improving her culinary talent.

Fast forward several years and Sam and Ponie were driving by what used to be Ocean Burrito and saw a ‘For Sale’ sign in the window. At first, Sam was not crazy about the idea but that’s when the light bulb went off, “I flashed on her risking her life to come to this country and I take it for granted because I was born here. It was her courage that inspired me to do it.”

In March 2010, Rim Talay opened its doors with a menu of healthy authentic Thai cuisine in a casual and comfortable setting with a view of the ocean from the patio. Rim Talay means “by the sea” and represents the location and freshness of the locally sourced food prepared exquisitely by Chef Ponie. The restaurant is a favorite with locals, who Sam credits for helping keep the doors open during the worst of times.

Like most of the restaurant industry, Rim Talay had to adapt fast when COVID happened, but Sam said that’s just what you do. “COVID was not the first time we had to adapt quickly. When the city decided to turn Mission avenue into a one-way street, we had a wall in front of the restaurant for ten months and you had to enter from the corner of Coast Highway or the street. You couldn’t even see the restaurant. It was our local regulars that supported us and that’s when we realized, this community is awesome and that’s who we’re here to serve. “

“Yes. The tourists are great and we do our best for them. But the Oceanside community, showed itself again during COVID when we were scrambling for what to do throughout that time. How to do the take-out, how to keep the crew safe, how to keep the doors open. As time progressed many people told us they were sick of their own cooking and were grateful we were open.” 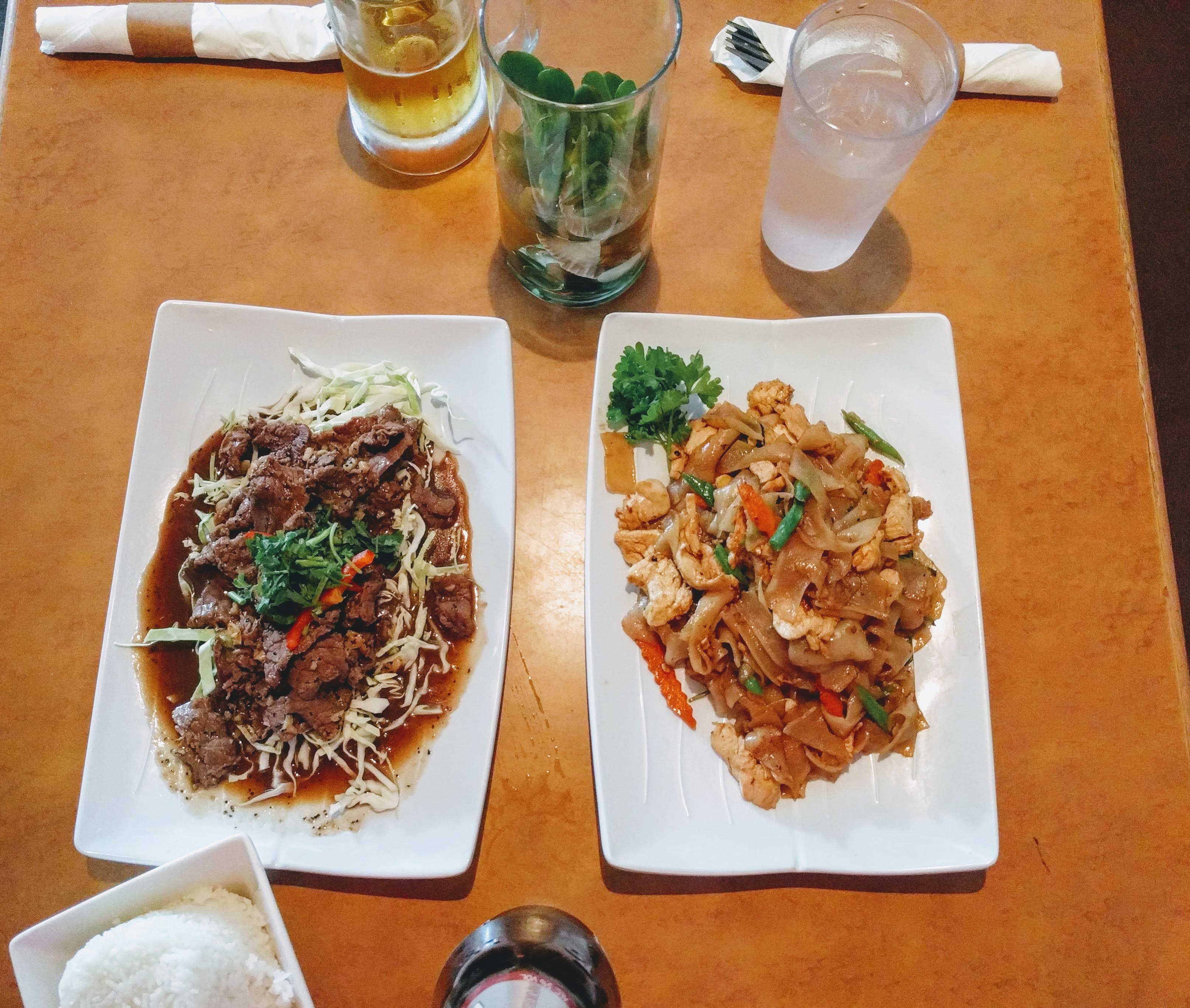 Now that there’s finally light at the end of the tunnel, the biggest challenge is finding employees. Rim Talay has experienced the same problem many other businesses are facing of not being able to find enough employees. Sam said, “We had to close one day last week because we did not have enough staff, which is heartbreaking after having been through so much else. Some restaurant owners are having to shut down for lunch and only doing dinner, that kind of stuff. But I’m confident, if we can get one more person, we can stay open seven days a week.”

Looking forward, Sam and Ponie are hoping to get back to some of the special dining events they were doing pre-COVID, like Wine pairing dinners. “We’d like to get back into fun occasions where people enjoy themselves while discovering that many wines complement Thai food. Ponie usually does things that aren’t on the menu combined with the right wines that just nuance the flavors.”

Have a news tip or suggestion on how we can improve Oceanside-Camp Pendleton Patch? Interested in advertising your business in Oceanside? Email any inquiries to me at lisa.frost@patch.com.

Home Videos The WORLD of WINE – Wine News. Cheap wine, tasting notes and cooking with wine The World of Wine – May 2021 … END_OF_DOCUMENT_TOKEN_TO_BE_REPLACED

How to visit Napa Valley on a Budget. In this video Carson and I explain a few ways to enjoy Napa on the cheap. Tip and advice about how to visit Napa … END_OF_DOCUMENT_TOKEN_TO_BE_REPLACED

Home Videos Get To Know Argentina Wine | Wine Folly If you love Malbec, Argentina is your ultimate wine region. But that’s not … END_OF_DOCUMENT_TOKEN_TO_BE_REPLACED