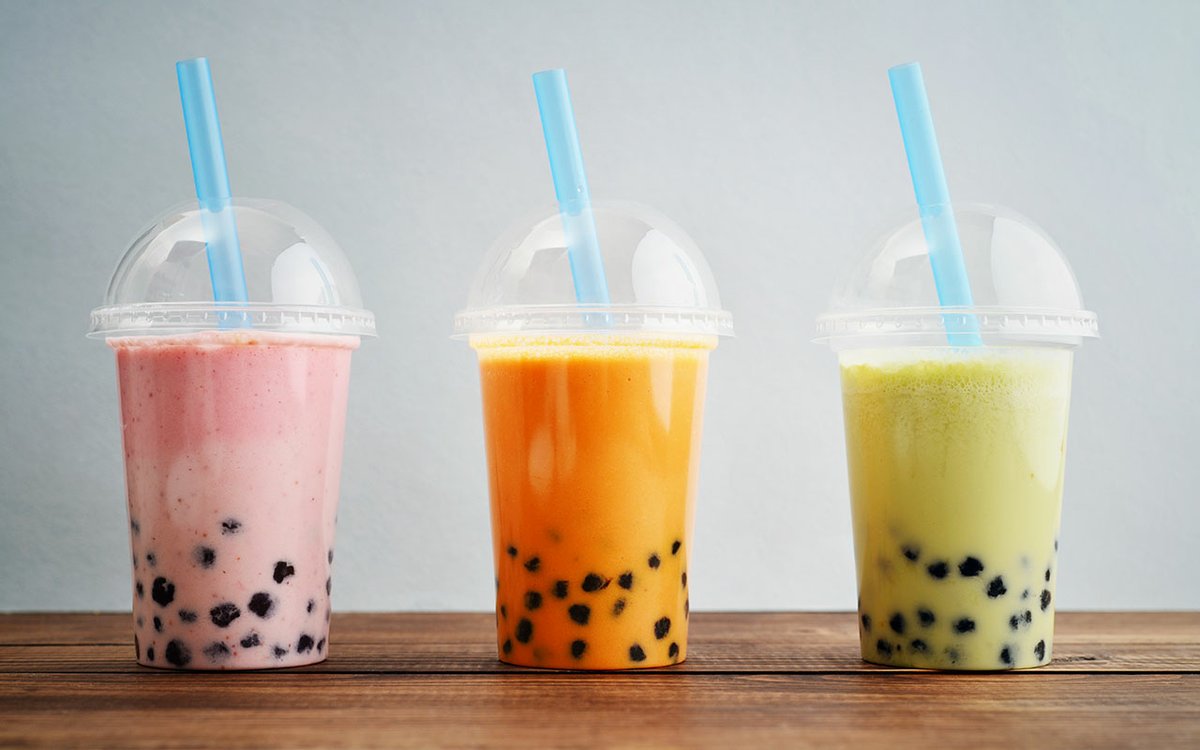 We do. We really do. When that first spring storm rumbles through and we get an early shot at the humidity, we have instant connection to our fellow neighboring humans, and something “new” to talk about. Hardly anyone else in the country knows or cares what a Doppler Effect is, but we do. We have two apps on our phone so we can game the percentages this weekend on whether we should go check out a new “chicken” shop, hit up a newly opened farmers market, or grab some bubble tea and stroll the streets without umbrellas.

// The craft beer industry has had quite a #MeToo reckoning this last week. It started with a few posts on Brienne Allan’s @ratmagnet personal page, calling out sexism and assault in the industry. But it then gained momentum as women in the beer industry all over the world chimed in. Some of the accusations have been powerful enough to affect change in certain breweries, as the CEO of Modern Times Brewery in California has stepped down.  Others are denying the veracity of the claims, and Allan has stated that she is just sharing the stories and not vetting them. Locally, Dangerous Man Brewing posted a response to the tumult saying they stand with the people sharing stories. The MN Craft Brewer’s Guild also posted a statement, sharing resources they have created to report violations of the Guild’s Code of Conduct. Indeed Brewing, which was named in some of the accounts, has posted a letter from Kelly Moritz, the COO, saying they are trying to learn from this and be better. Personally, I got a message from an exhausted friend in the industry who’s not really ready to talk, but said, “If what comes out of this is more pretty pink cans of supportive lady beer, while the a-holes keep a-holing, I will spit in every can.” So.

+ It’s grand opening weekend for Herbie Butcher’s Fried Chicken, the new vegan “chicken” shop from the siblings behind The Herbivorous Butcher. Besides buckets, they also have a fried chicken biscuit sandwich with pickles and Butcher sauce, mac and cheese, tater tots, coleslaw, and shakes made from nothing but plants. Pop over on Saturday and they’ll have a little block party featuring DJ Jake Rudh.

+ Coconut Whisk is the new vegan/gluten-free cafe now open in downtown Minneapolis. Bella (Nhi) Lam started out by selling plant-based gluten-free pancake mixes at farmers markets and has grown the business into this friendly cafe in the Young Quinlan building on Nicollet Mall. Get ready to snack on mini pancakes, waffle sticks, boba mylk tea, matcha lattes, and more. The feel-good inside works toward a feel-good outside: each purchase at Coconut Whisk is matched with a plant-based meal donated to a kid in need.

+ Mi-Sant Banh Mi Co. has finally opened their Roseville location. The popular Vietnamese eatery, whose original location is still open in Brooklyn Park, has one of the best sandwiches in town. You’ll also find some of the best croissants in the business, plus spring rolls, rice and noodle bowls, milk/bubble teas, and other specialty drinks. Takeout only while they are in soft open mode

+ Crisp & Green is opening their newest location, in the former Burger Jones space in Uptown, this Saturday. One of the fastest growing restaurant chains, the locally owned salad shop’s CEO Steele Smiley has announced that they would commit to “ensure that our hourly base compensation in all C&G restaurants will average $15 per hour” among other benefits.

+ Lunds & Byerlys has a brand new store in the Nokomis neighborhood. This newest location, on the ground floor of a new apartment building on Cedar Ave, boasts indoor/outdoor cafe seating and a build-your-own taco bar among other amenities.

+ Did you see that Billy’s on Grand has new ownership, again? The good old sportsy Grand Avenue bar buckled on Halloween last year, under the pressure of the pandemic. New owners, Wesley Spearman and Chuck Gilbert have stepped up to get it back on its feet. They’ve brought on Dontrell Ransom, formerly of Dixie’s on Grand, to be the chef and have rolled a bunch of tasty looking plates past the eyes trained on their FB.

+ New life is coming back to the former Bardo space later this summer. All Saints will open as a comfortable yet refined venture from Dennis Leaf-Smith, former Exec Chef at Esker Grove and 112 Eatery. Also in for the new fun, is hospitalitarian Kim Tong, who has run the dining rooms at Esker Grove, Parlour, and Borough. After a bit of a refresh on the space, the team will open in August with a menu focused on seasonal items, with an emphasis on highlighting vegetables. We say veggie-forward now.

// Get behind the unofficial “open street” party to kick off 2021 Chromazone summer of murals this Saturday. At Bradford + Endicott Streets in St. Anthony Park (just East of 280, N of University) a family friendly event will wake you up with live mural painting, live pottery throwing demonstrations, live music, dancing, lots of street art, and of course beer gardens at nearby Bang Brewing and Urban Growler. Plus food and drink trucks too.

// Valley Fair is kicking it back off this weekend! The amusement park is ready to funnel cake like no one’s business because they missed you last year. You need to get splashed by the log ride while drinking a yard of strange pop as you balance Dippin’ Dots in the crook of your arm. Check out the park’s new safety rules and regs before you go.

// If you’re still not into the big crowds thing, might I suggest a little block party with the Spinning Wylde crew? Small block, big fun this Saturday from 2-5pm with the funkiest cotton candy makers in town. Cake walk, arts and crafts, live screen printing AND fresh pressed watermelon juice, fry bread donut-on-a-stick, sorbet pops, Soul Lao food truck to edge some savory in there, and of course, cotton candy cloud pops and all the magic that implies.

// You’re going to want to get these Jun 20 tickets soon, because Rosé Fest is back! Chuck Kanski of Solo Vino is bringing his legendary #drinkpink wine tasting back to St. Paul. In 2019 he scaled back the massive tent tasting, thinking it was time to rein it in. But after 2020 did all the reining that should be allowed for a decade, Kanski is ready to bring it back and throw a party. It will only be as big as it can be this year, but 2022 watch out.

Food and Dining editor Stephanie March writes and edits Mpls.St.Paul Magazine’s Eat + Drink section. She can also be heard Saturdays on her myTalk107.1 radio show, Weekly Dish, where she talks about the Twin Cities food scene.

Home Videos The WORLD of WINE – Wine News. Cheap wine, tasting notes and cooking with wine The World of Wine – May 2021 … END_OF_DOCUMENT_TOKEN_TO_BE_REPLACED

How to visit Napa Valley on a Budget. In this video Carson and I explain a few ways to enjoy Napa on the cheap. Tip and advice about how to visit Napa … END_OF_DOCUMENT_TOKEN_TO_BE_REPLACED

Home Videos Get To Know Argentina Wine | Wine Folly If you love Malbec, Argentina is your ultimate wine region. But that’s not … END_OF_DOCUMENT_TOKEN_TO_BE_REPLACED