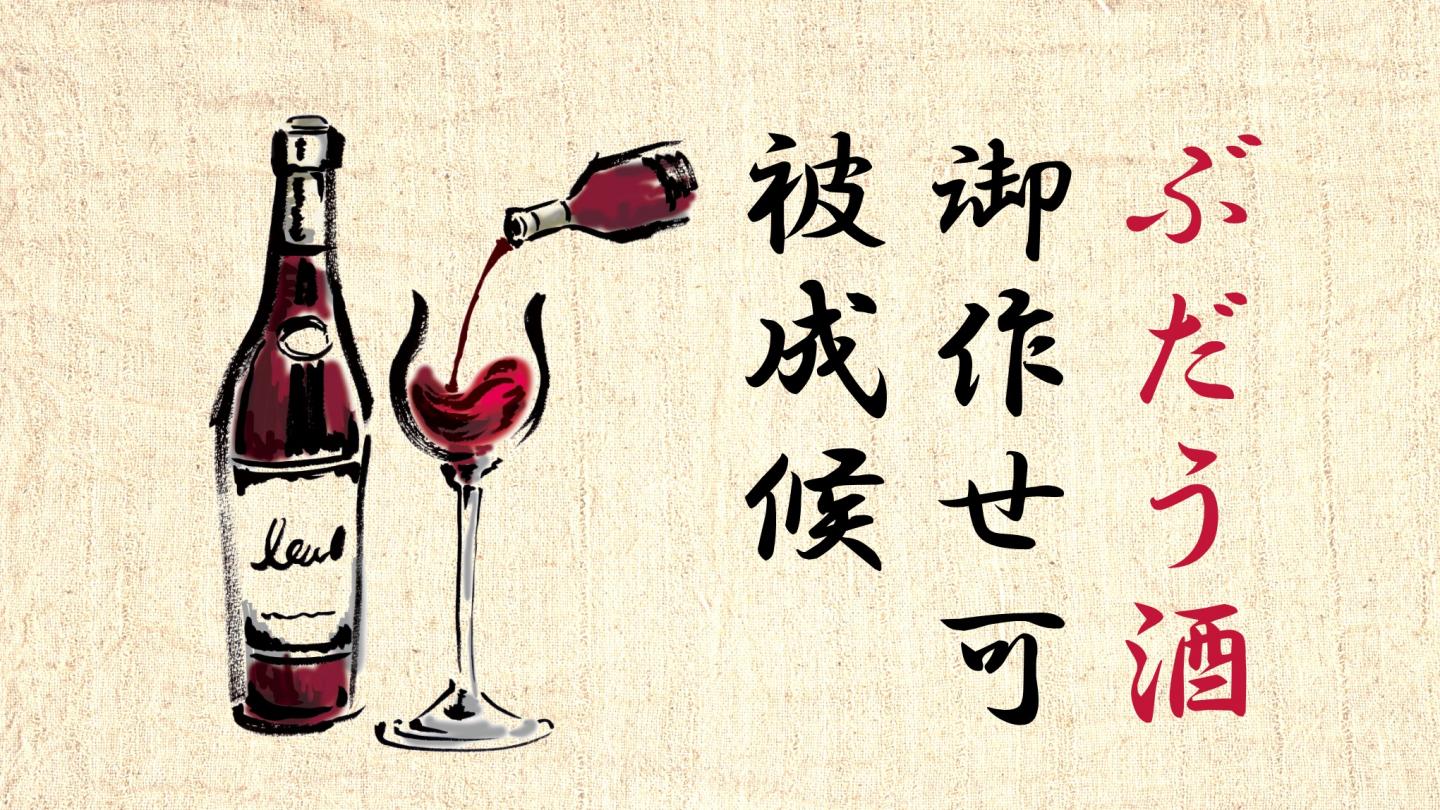 Researchers from Kumamoto University (Japan) have found an Edo period document that clearly indicates the Hosokawa clan, rulers of the Kokura Domain (modern-day Fukuoka Prefecture), completely stopped producing wine in 1632, the year before the shogunate ordered them to move to the Higo Domain (now Kumamoto Prefecture). The researchers believe that the discontinuation of wine production was directly related to this move and because it was considered to be a drink of a religion that was harshly suppressed in Japan at that time, Christianity.

Previous analysis of historical documents revealed that the lord of the Hosokawa clan, Tadatoshi Hosokawa, ordered wine production from 1627 to 1630 for medicinal use. His vassals, who were experienced in various western customs and technologies#mdash;from foods to watches, used black soybeans and wild grapes in their brewing process. Those documents are the earliest known proof of Japanese wine production.

Until now, no historical records regarding wine production after 1631 had been found. Previously, researchers understood there to be a four-year period of Japanese winemaking. Production was thought to be halted because it was a stereotypically Christian drink and making it could have been a dangerous prospect due to the shogunate’s strict prohibition of Christianity during the Edo period.

The new document, from September 1632, was found in the Eisei Bunko Library’s Hosokawa clan repository and is a clear order for one more batch of wine. A note written on the document by the magistrate dated October 3rd, 1632 (No. 10.7.13) is as follows.

Taroemon Ueda has personally informed the magistrate’s office that he received an order from the lord to have wild grapes collected and brought to him for wine production.

Taroemon Ueda was a Hosokawa clan vassal who had training in Western techniques and had been making wine since 1627. Later in the document, the magistrate wrote another note.

Wild grapes were provided to Taroemon.

The document does not say when wine production was completed. However, earlier documents revealed that Taroemon usually took about 10 days to finish making wine, so researchers believe that this batch was probably finished by mid-October 1632 at the latest. On January 18th of the following year, the shogunate ordered the Hosokawa clan to move from the Kokura Domain, where all of the wine was made, to the Higo Domain.

Historical documents related to wine production in the Higo domain have not been found. The researchers believe that the Hosokawa clan stopped making wine as a direct result of their move to a new domain and because wine was heavily associated with Christianity.

The Eisei Bunko Research Center was established in FY2009 to retain and care for ancestral works of art, literature, and other historical materials of the Hosokawa family, the once daimyo of Kumamoto. In 1964, several pieces from the Hosokawa Mansion in Kumamoto City’s Kitaoka Nature Park were entrusted to the Kumamoto University Library. Currently, the collection contains over 100,000 historical documents that the university uses for education and research.

Home Videos The WORLD of WINE – Wine News. Cheap wine, tasting notes and cooking with wine The World of Wine – May 2021 … END_OF_DOCUMENT_TOKEN_TO_BE_REPLACED

How to visit Napa Valley on a Budget. In this video Carson and I explain a few ways to enjoy Napa on the cheap. Tip and advice about how to visit Napa … END_OF_DOCUMENT_TOKEN_TO_BE_REPLACED

Home Videos Get To Know Argentina Wine | Wine Folly If you love Malbec, Argentina is your ultimate wine region. But that’s not … END_OF_DOCUMENT_TOKEN_TO_BE_REPLACED