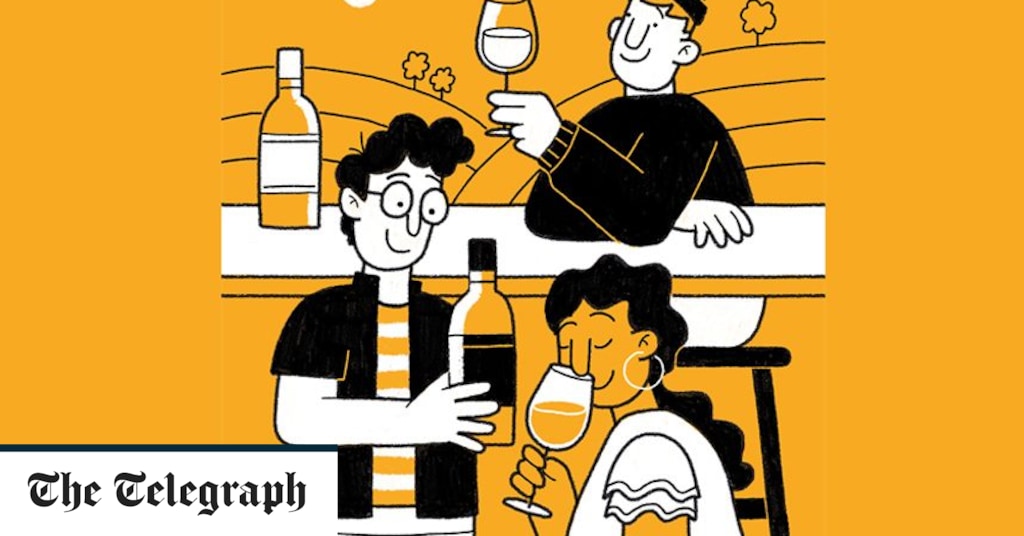 With an outdoor bathtub on its balcony, and a wood-burning stove, proper kitchen and stylish Scandi-style furniture inside, the sleek design of the Périgord treehouse in the Test Valley is far removed from the plank-and-nails treehouses of my childhood.

Designed by master craftsman Will Hardy, the Périgord is one of four new ultra-high-spec woodland cabins on stilts adjacent to the Hampshire vineyards of English sparkling wine producer Black Chalk. Book one and you’ll find a complimentary bottle of the superb Black Chalk chilling in the fridge, ready to sip amid clouds of mist in that bathtub as the sun falls over the English countryside.

I say book one: like many other beautiful places to stay in the UK, the treehouses have no availability until at least October. But the collaboration between treehouse owners Wild Escapes and Black Chalk wine – for £120, you can also book a private ­tasting in your treehouse – is a perfect example of how English and Welsh producers are working to ­transform the way we feel about their wines.

“Wine’s not just about drinking, it’s about experiences and memories. ­People anchor themselves to places and experiences and fall in love with wines off the back of it,” says Tom Whiteley, who works for Henners Vineyard, which is based in the village of Herstmonceux in East Sussex.

Because of this, wine tourism is booming (or soon will be, now we’re allowed out again) and connections between wineries and restaurants, hotels, food producers and places of interest are blossoming.

Having a relationship with those who might buy and drink your wines has always been important. In the last year it has become essential. It’s a ­common misconception that, what with Brexit and the pandemic trend for buying local, the past 12 months might have been good for English wine.

There are certainly some positive stories. For instance, the Wine Society says sales of still English wines have increased threefold in the last year, albeit from a small base. At Waitrose, sales of bigger-name brands of ­sparkling wine (the likes of Nyetimber and Chapel Down) have risen 52 per cent over the last year.

Middle England’s favourite supermarket is a huge supporter of English and Welsh wine, which it ranges at a national and local level, stocking 120 wines from 52 different producers in total, and it has seen another surprising uplift: sales of still English red wines (Waitrose sells 11 – soon to be 12) have gone up 54 per cent over the same period.

These gains are set against considerable losses. More than two-thirds of English and Welsh wine is sparkling and it is priced not against prosecco but against champagne. At this level, restaurant, hotel, pub and bar sales are very important, as is the season – ­English sparkling wine is drunk at Goodwood and at the Oxford and ­Cambridge Boat Race, for example. Long closures not just at home but also internationally have hit hard.

For some English wine producers, tourism has always been part of the plan. When Mark and Sarah Driver set up Rathfinny Estate in Sussex they took inspiration from South Africa, where tourism accounts for 15 per cent of the turnover of cellars that crush grapes and is thought to be worth even more in terms of loyalty.

“Two weeks in South Africa on holiday can create a lifelong affection for its wines,” says Jo Wehring, the UK market manager for Wines of South Africa. Other wineries have been ­putting visitor offers in place and making links to local businesses for a few years now: Albury Vineyard in Surrey was particularly active, organising wine festivals, jazz events, “dine between the vines” evenings and farm-to-table menus.

For some, the pandemic has been a crystallising point. As of last summer, Coates & Seely in Hampshire has been offering (when allowed, and by appointment only) private tours of the vineyard and winery that finish with a lunch or dinner under an Indian Mughal tent in the garden of Nick and Virginia Coates.

These are usually prepared by ­Virginia herself, who makes a point of using local produce where she can. “We often serve wonderful smoked trout and watercress from the local beds, local venison, crab, organic ­beetroot…” she says. If you can’t make it down there, try the sparkling wine, which is stocked by Lea & Sandeman and very good indeed.

At Henners, says Whiteley, they have accelerated plans for a tasting room, cellar door and shop. “The village is four miles away from the sea and we want to work closely with our neighbours to tie into a broader experience that might include a tasting with us, and a visit to the seaside, the local castle, and the Observatory Science Centre in the village.”

In these difficult times, cellar door or direct online sales have also become a lifeline. In 2019, these accounted for around a third of all bottles of English and Welsh wine sold. In the last year some producers have reported that their online sales have doubled or ­trebled, which might sound glorious but these tend to be those who did not previously sell a high proportion of their wine directly.

This promises to be a good summer to enjoy a bottle or six of English or Welsh wine outdoors. The real test of the strategy will come when tourism from overseas opens up again. Pre-Covid, most – around 83 per cent – of visitors to wineries were British. But production is growing rapidly. It hovered between 4.15 million and 5.9 million bottles per year in 2015, 2016 and 2017, then leapt to 13.1 million in 2018, was 10.5 million in 2019 and will rise still further as more new vineyards come on-stream.

We probably won’t be able to drink it all ourselves, so Wine GB needs to continue to engage and convert drinkers from all over the world. Can it succeed? We shall soon find out.

Wines of the week

Nyetimber is one of the most famous English sparkling wines, so I would usually assume you can find your way to it yourselves, but I wanted to highlight these half-bottles currently on offer and handy for those times you want a glass or two. Creamy, toasty and assured.

For a long time Henners has been one of those wineries that flies under the radar but its wines are superb. This is a dazzling English sparkling wine, rich but dry, with toasty, honey-flecked notes and a pleasingly firm, dynamic feel. It’s made from 45% chardonnay, 35% pinot noir and 25% pinot meunier.

An off-dry, still white that riffs around a sweet-sour hedgerow theme. It’s made from about half solaris (a German-created variety), plus madeleine angevine and siegerrebe, and sings of cow parsley and elderflower with warmer, lychee-like fruity notes. One for outdoors when the sun is shining.

Home Videos The WORLD of WINE – Wine News. Cheap wine, tasting notes and cooking with wine The World of Wine – May 2021 … END_OF_DOCUMENT_TOKEN_TO_BE_REPLACED

How to visit Napa Valley on a Budget. In this video Carson and I explain a few ways to enjoy Napa on the cheap. Tip and advice about how to visit Napa … END_OF_DOCUMENT_TOKEN_TO_BE_REPLACED

Home Videos Get To Know Argentina Wine | Wine Folly If you love Malbec, Argentina is your ultimate wine region. But that’s not … END_OF_DOCUMENT_TOKEN_TO_BE_REPLACED