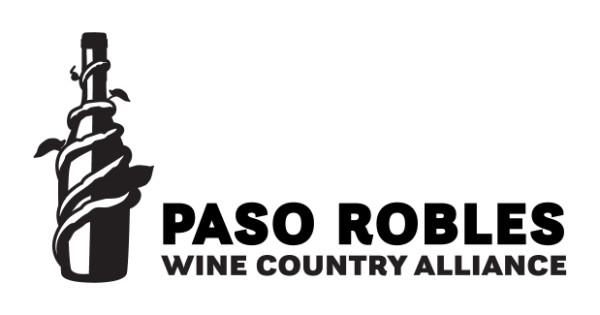 JANUARY 12, 2021 (Paso Robles, CA) Announced today, the Beckett Family, founders and owners of Peachy Canyon Winery, are named the 2020 Wine Industry Person of the Year. This award, bestowed by the Paso Robles Wine Country Alliance (PRWCA), annually recognizes an individual(s) who exemplify the spirit of Paso Robles Wine Country with outstanding leadership, vision, and stewardship. This award is typically presented at the PRWCA’s Annual Gala, which will not take place this year due to limitations on large gatherings. Instead, the Beckett Family, including Doug and Nancy Beckett, Jake Beckett, and Josh Beckett, will be honored in an upcoming Where Wine Takes You podcast as well as an episode of the weekly Paso Wine Zoom Hangout. An in-person celebration to honor the Beckett family will take place in the future once large gatherings are able to take place.

Nancy and Doug Beckett moved to Paso Robles in 1982 seeking a life in the country. In 1984, Doug’s love of wine led him to a job making wine with Pat Wheeler at Tobias Winery. In 1988, Doug and Nancy founded Peachy Canyon Winery. Over the years Peachy Canyon Winery grew into a multi-state distributed brand, bringing the Paso Robles American Viticultural Area (AVA) name to many markets both nationally and internationally.

“Thank you to everyone in the Paso Wine community. My family and I are grateful to be a part of something very special. We will carry this special recognition as a part of who we are for generations to come. Cheers!” said Josh Beckett, Winemaker, and Director of Viticulture. Jake Beckett, General Manager, followed up, “This is a huge honor. I am humbled and thankful to be a part of this community.”

Brothers Josh and Jake Beckett returned to join the family business after college, Josh in 1998, and Jake in 2000. Josh took on winemaking duties at the family brand and Jake manned the tractor in the vineyard as well as took to the road further establishing Peachy Canyon Winery as a national brand. In 2008, Josh and Jake partnered together to start their own winery, Chronic Cellars. In 2010, they left Peachy Canyon to dedicate themselves to Chronic Cellars full-time. Their success was swift and quickly recognized, attracting WX Brands to purchase Chronic Cellars. The timing was serendipitous when Doug decided he was ready to retire and his sons returned to take the reins in April of 2019. Jake Beckett now serves as Peachy Canyon’s General Manager and Josh has reprised his former role as Winemaker and Director of Viticulture.

The Beckett family is committed to the local community as well as the greater wine industry. Doug and Nancy Beckett are dedicated to the arts in Paso Robles with both serving on the board and supporting the Paso Robles Youth Arts Foundation (PRYAF). Nancy has served as the President of the PRYAF in the past and is still actively involved in their leadership. Doug and Nancy are also larger contributors and supporters to the Cancer Support Community – California Central Coast. Doug, Josh, and Jake have all served on the board of directors for the Zinfandel Advocates & Producers, an organization that promotes and protects California’s heritage wine grape variety.

The annual Paso Robles Wine Industry Person(s) of the Year award is voted on by the membership of the Paso Robles Wine Country Alliance. Members are comprised of wineries, vineyards, and related businesses. The PRWCA Board of Directors is the nominating body for this annual honor that was established in 1990.

Also announced today is the installation of the Alliance’s 2021 Board of Directors, executive committee, and recognition of departing board members. The incoming Paso Robles Wine Country Alliance Board of Directors (in alphabetic order) are as follows:

Malani Anderson of Turley Cellars, Sarah Kramer of Umpqua Bank, and Jason Haas of Tablas Creek Vineyard depart the board. Newly joining the board is Chloé Asseo-Fabre, of L’Aventure, Cris Cherry of Villa Creek Cellars, and Noreen Martin of Martin Resorts. Changes to the executive committee include Molly Scott of JUSTIN Vineyards & Winery as the Chairperson, Tyler Russell of Cordant | Nelle and former Chairperson becomes the Vice-Chairperson, and Randy Heinzen of VPS & Coakley Vineyard becomes the Treasurer.

Home Videos The WORLD of WINE – Wine News. Cheap wine, tasting notes and cooking with wine The World of Wine – May 2021 … END_OF_DOCUMENT_TOKEN_TO_BE_REPLACED

How to visit Napa Valley on a Budget. In this video Carson and I explain a few ways to enjoy Napa on the cheap. Tip and advice about how to visit Napa … END_OF_DOCUMENT_TOKEN_TO_BE_REPLACED

Home Videos Get To Know Argentina Wine | Wine Folly If you love Malbec, Argentina is your ultimate wine region. But that’s not … END_OF_DOCUMENT_TOKEN_TO_BE_REPLACED