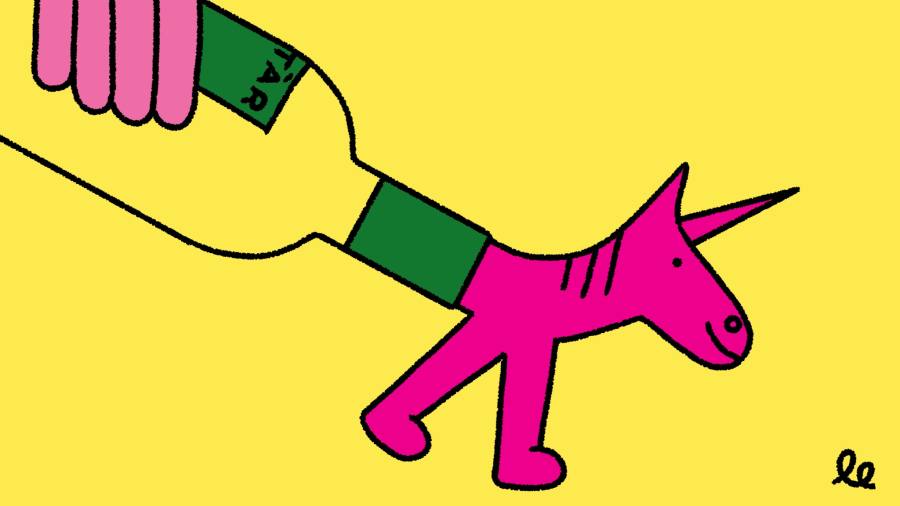 If you happen to possess a very fine red wine estate and deep pockets, you may be tempted to produce a little white wine on the side to share with your guests. So it is with François Pinault, who has supplemented his Burgundy holdings of Clos de Tart in Morey-St-Denis and Domaine d’Eugénie in Vosne-Romanée with a few vines in the most hallowed white wine vineyards of all, Montrachet and Bâtard-Montrachet.

Likewise, one of the lesser vineyards at top St-Émilion property Château Cheval Blanc, which was co-owned by Bernard Arnault of LVMH and the late Belgian businessman Albert Frère, has been converted from red wine vines to producing a rather impressive, Sancerre-like white wine. The project, beginning in 2009, was inspired by Frère’s desire to have a white to serve his friends.

Something similar occurred in Tuscany in the late 1980s when entrepreneur Giuseppe “Pepito” Castiglioni planted one of the vineyards on his Chianti Classico estate, Querciabella, with Pinot Blanc to produce a white wine for family and friends. His first vintage was 1988.

Pinot Blanc, known as Pinot Bianco in Italy and Weissburgunder in German-speaking countries, is not a greatly respected grape and is regarded as a workhorse in Alsace. But Castiglioni’s dream was to produce something in the image of Burgundy’s world-famous Bâtard-Montrachet, and he boldly called his new wine Bâtard-Pinot when it was first sold commercially in the early 1990s.

Ever since some fashionable Chardonnay was planted and included in the 1992 vintage, the wine has been a blend of the white burgundy grape and Pinot Bianco. In the early days, the name was changed to plain Bâtard. The current winemaker, South African Manfred Ing, elaborated: “I’ve heard various stories but let’s just say the French embassy was not impressed. So we dropped the ‘d’ and added an accent, and from the 1994 vintage the wine has been known as Batàr.”

Yet it’s not so much the name that distinguishes this wine. To judge by a tasting of 21 vintages this month, from 2018 back to 1995, with Ing in Tuscany and myself in London, linked by video, Batàr is unique among Italian whites, let alone Tuscan whites.

It manages to be both rich and fresh and seems capable of evolving virtually for ever. It may be named after Bâtard-Montrachet, but it reminds me most of a particularly ambitious, full-bodied Corton-Charlemagne, a rather different Grand Cru white burgundy. (I wrote this in my tasting note about the 2017 last January and forgot the comment but found myself writing exactly the same thing about the 2018 at the recent tasting.)

It is difficult to overestimate how different this wine is from most Tuscan dry whites. Tasting one of the earliest vintages, the late celebrated Italian wine commentator Luigi Veronelli forecast that Batàr “would do for Tuscan whites what Sassicaia has done for the reds”, referring to the pioneer “Super Tuscan”, and was sure it would be much copied. Yet Batàr remains unique.

Most Tuscan whites are based on the most anodyne form of the Trebbiano grape, known in France as Ugni Blanc. There are other, more interesting sorts of Trebbiano elsewhere (see some recommendations below), but the most that Trebbiano Toscano can produce is a light, crisp white, best drunk in the first year or so.

“Yes, Batàr is very different from Trebbiano, and even from all-Chardonnay wines in Tuscany,” said Ing, grinning. “I’ve made Chardonnay in four different continents and I can see that it’s the Pinot Bianco that sets it apart. It’s an unusual blend that works really well here. Our Chardonnay by itself would lack Tuscan identity. The Pinot Bianco fills in the gaps and maybe adds texture.”

The Querciabella team, now led by Pepito’s son Sebastiano Castiglioni, are particularly proud of some cuttings of Pinot Gouges they planted in 2008. These are Pinot Noir vines that mutated and produce light-skinned grapes. They originated in the Nuits-St-Georges Premier Cru vineyard La Perrière of Domaine Henri Gouges in Burgundy and have provided a minor textural ingredient to Batàr since 2013.

The original Pinot Blanc vineyard is now an olive grove. But in the 1990s, cuttings were planted in some of the five hectares of Querciabella that are devoted to white wine production and tended biodynamically. Most years, the blend of Pinot Bianco and Chardonnay is close to 50:50. Total annual production of Batàr is rarely more than 15,000 bottles, all on allocation. Which means that someone must be working very hard at developing export markets, since the current vintage, 2017, is available in at least 15 countries, according to the price comparison site Wine-Searcher.com.

Ing concedes that the harvest period at Querciabella is “ridiculously long”. The earliest-maturing, lowest Chardonnay plot, across the road from the winery at 450m (the hills of Chiantishire are surprisingly high), may be picked as early as August 18, while picking the Sangiovese vines for red wines can go on until October 20.

But the fine-tuning that Ing has imposed, in tandem with his “vine guru’’, estate agronomist Dales d’Alessandro, is to pick each plot at the optimum point in the ripening process, something that’s relatively easy because all the vineyards are so close to the winery that they can be monitored daily.

The wine is made almost exactly like a white burgundy, except that the final blend is left to age over winter in concrete, rather than Burgundy’s more usual stainless steel, before bottling and release. According to Ing, “Sebastiano won’t touch Batàr till it’s four years old”. In my tasting, it was evident that the different vintages, though surprisingly consistent in quality, started to distinguish themselves only with age.

Afterwards, I wanted to see how a mature example of Batàr compared with a fine white burgundy of the same vintage, so I took the opened bottle of Batàr 2010 home to taste alongside a Bernard Boisson-Vadot Meursault, Les Grands Charrons 2010 from our cellar.

In the event, I was comparing oranges and apples. The Meursault was much tighter, smokier and lighter than the more concentrated and more obviously mature Batàr 2010, Ing’s first vintage. But I reckon the two wines will last quite as long as each other. According to Wine-Searcher, the 2010 Boisson-Vadot wine is no longer available, but a comparison of prices of the 2009 vintages suggests that the white burgundy costs five times as much as the Tuscan white.

I asked Ing whether the estate produced any other white wine. “Not for now,” he said enigmatically.

In order of the lowest price in each country

Home Videos The WORLD of WINE – Wine News. Cheap wine, tasting notes and cooking with wine The World of Wine – May 2021 … END_OF_DOCUMENT_TOKEN_TO_BE_REPLACED

How to visit Napa Valley on a Budget. In this video Carson and I explain a few ways to enjoy Napa on the cheap. Tip and advice about how to visit Napa … END_OF_DOCUMENT_TOKEN_TO_BE_REPLACED

Home Videos Get To Know Argentina Wine | Wine Folly If you love Malbec, Argentina is your ultimate wine region. But that’s not … END_OF_DOCUMENT_TOKEN_TO_BE_REPLACED