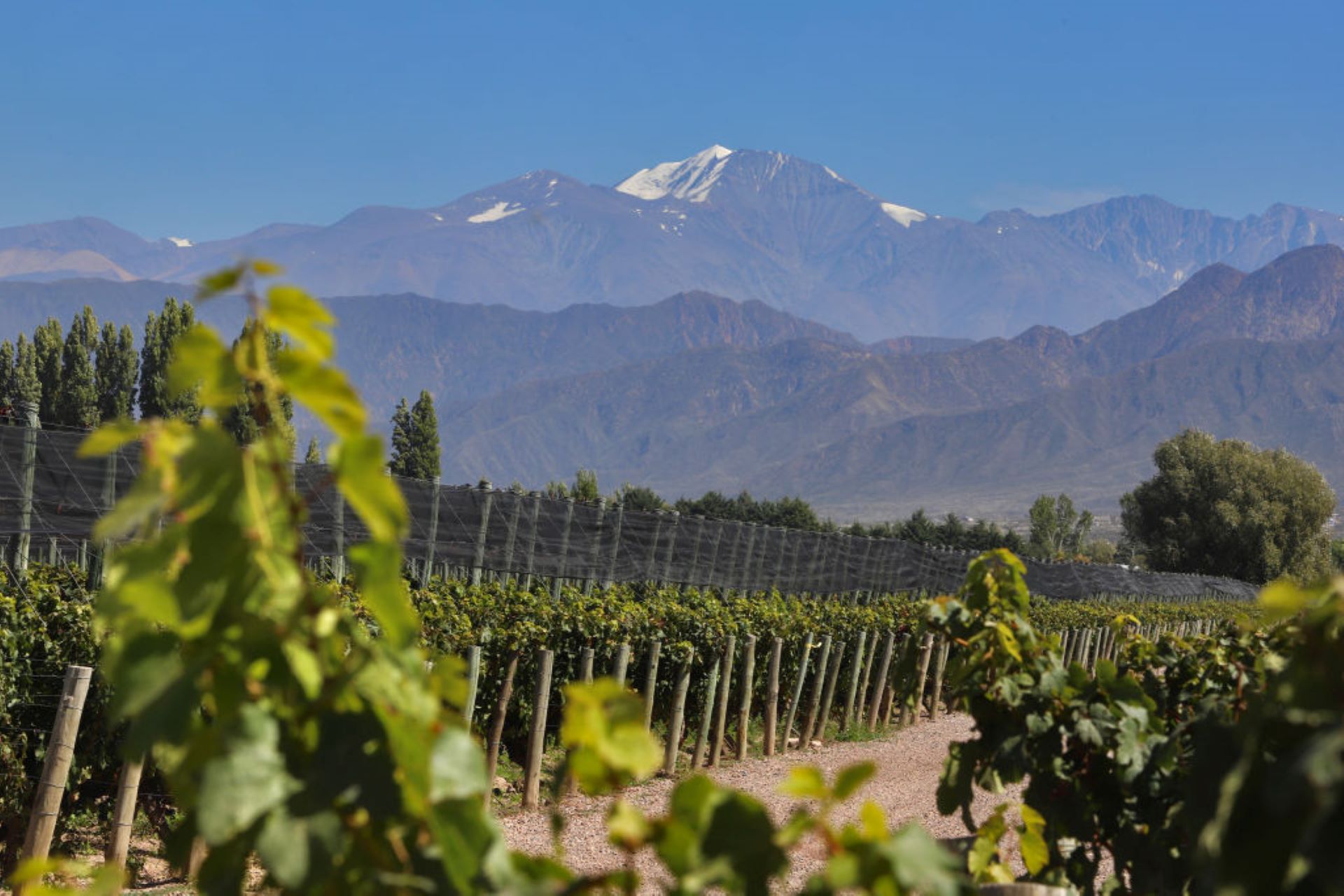 Five spirited Argentine winemakers and winery owners put their personalities into their bottlings to help establish the 21st century as the country’s Golden Era for wine. As you will learn, grapes and wine have been in their blood for decades, in most cases since childhood. Here are their stories.

The Mendoza native behind Altocedro and several other wine labels is, by all accounts, a happy guy who loves what he does. He’s always smiling as he works for the greater good of Argentinean wine.

“I am taken by all expressions of beauty, including art, literature, music and film, but especially music,” says Mussi, as he prepares for the 2021 harvest. “Wine allows me to provide beauty and happiness to a lot of people around the world.”

Mussi is the fourth-generation descendant of Lebanese Christian immigrants to Argentina. Both his grandfather, who planted vineyards in Mendoza decades ago, and his late father, a businessman named Mario, were involved in wine. But it was Mussi, who calls himself the “black sheep” of the family, who pursued a career as a winemaker and winery owner under Mario’s mentorship.

In 1998, at age 24, Mussi spearheaded the launch of Altocedro in the La Consulta subzone of the Uco Valley. Named for the cedar, Lebanon’s national tree, as well as the 27 tall cedars that surround the winery, Altocedro has come into its own over the past decade or so. Its signature reserve-level Malbec is a perennial standout that delivers the depth and power that a top-flight Malbec should pack, along with the precision and crispness that have come to define Uco Valley reds at their best.

“I try to make authentic wines reflective of a place,” he says. “My three pillars of winemaking are elegance, balance and freshness. I’m a huge fan of Bordeaux, but really my models are any and all producers who are genuine and make great wines that aren’t trendy.”

In 1940, Perinetti’s grandfather longed to reconnect with his family’s wine roots in Piedmont, Italy. So he bought land in the high reaches of Tupungato, the northernmost section of Mendoza’s Uco Valley. His plan was to grow and bottle Sémillon. Years later, Estela’s father, Dr. Hector Perinetti, planted Malbec and other red grapes in this vineyard that sits more than 4,200 feet above sea level.

Today, some 80 years after Finca Mangato was first planted, Estela Perinetti uses her family’s vineyard for her fledgling line of wines, Las Estelas. It’s named after herself, her mother, Maria Estela Armando, and her grandmother, Fortunata Stella.

With only a couple of vintages now in distribution, Las Estelas is a name to watch. That’s because of Perinetti’s winemaking chops, which include more than 20 years of work for the renowned Catena family projects Escorihuela, Bodegas Caro and until two years ago, La Posta and Luca, both owned and operated by Laura Catena.

“I came to the wine world through heritage, but also through love,” she says. “The culture and complexities of wine caught me early on. Why I decided to start Las Estelas is simple. Having worked many terroirs around the world, and having made wines from innumerable vineyards throughout Mendoza, it was time to dedicate myself to my own vineyard in my preferred terroir, that of El Peral (the ‘pear orchard’) in Tupungato.”

Having tasted and reviewed only the inaugural 2016 Grand Vin, a blend of Cabernet Sauvignon and Malbec, and the 2017 Finca Mangato Malbec, it’s clear that Perinetti’s wines feature the tension and lightly herbal notes that stem from high-elevation vines planted on stony alluvial soils. Hers are big-boned Uco Valley reds, but with a naturally wild touch.

“I have great respect for the terroir in Tupungato,” says Perinetti. “My wines are classical in style, but with a clear imprint of where they come from.”

Most wine lovers would describe the quintessential Argentinean wine as follows: a burly Malbec made to go with red meat. Fair enough, but that’s not the type of wine that Michelini seeks to make.

“I’ve been mostly influenced by European wines, France above all,” says Michelini, who goes by the nickname “Juampi.” “It is a style that promotes elegance without the excesses we often see here, particularly overripe grapes, overextraction and overoaking.”

Michelini is not beholden to Malbec alone. Some of his best wines, always with catchy names and funky artistic labels, are made from Cabernet Franc and Pinot Noir grown in the rocky high-elevation vineyards of Gualtallary in Tupungato. They’re fermented and aged in cement eggs.

From Mendoza, Michelini began his career at Doña Paula, where he worked alongside his brother, Matías. In 2004, after three years there and having participated in a harvest at St. Francis in Sonoma, California, Michelini became Doña Paula’s chief winemaker.

In 2007, Michelini, along with brothers Matías and Gerardo, started Zorzal Wines, which focuses exclusively on wines from Tupungato in the Uco Valley, at an elevation of 4,500 feet. He’s a partner and head winemaker in the project.

Then in 2010, Michelini began work on what he calls the “most significant project” in his life: SuperUco, a 100% biodynamic venture that he co-owns with Matías, Gerardo and a third brother, Gabriel. SuperUco focuses on generous yet racy Malbecs from prime sites in Gualtallary, Los Chacayes (where the winery is located) and Paraje Altamira.

Unlike most Argentine wine producers, Ortiz, president of the Fincas Patagónicas group, was not born into the business. From Buenos Aires, she used to be a nephrologist, a doctor who focuses on kidney function. Ortiz then decided to convert a passion for wine into a completely new career as a winery owner.

Her three wineries, Tapiz, Zolo and Wapisa, can be counted on for quality and value.

“I came to this business as a consumer,” says Ortiz. “After many trips to the United States and Europe, my husband and I decided to fully explore Mendoza. It was love at first sight, and we bought our first vineyard in Tupungato [in the early 2000s].”

Next up? Going from grape growers to winery owners. To make this leap, Ortiz acquired an ailing Tapiz winery from Kendall-Jackson in 2003.

“This is when things changed from a hobby to something real,” she says. “I had to go back to school to study management because being a doctor offered no help in this business.”

Today, Bodega Tapiz stands as the group’s signature label and focuses on wines from the high-elevation San Pablo section of Tunuyán in the Uco Valley. Meanwhile, Zolo is a more traditional value line that relies on grapes grown in Mendoza’s warmer Agrelo subzone.

The newest winery in Ortiz’s group is Wapisa, founded seven years ago in Patagonia, just 25 miles from the Atlantic Ocean along the banks of the Río Negro.

Wapisa, which means “whale” in an indigenous language, puts out textbook Patagonian wines with energy, a reflection of the region’s cool and windy terroir. Look for the upcoming release of 1,500 magnums of a Malbec blend currently aging under the Atlantic.

“I am anxious to see whether salty sea water can accelerate the aging process,” says Ortiz. “If these magnums can fully age in seven months instead of seven years, it will transform the way Wapisa makes wine.”

Winemakers are frequently referred to as rock stars, meaning they possess flair, maybe the right style of hair and, most importantly, a dedicated following that adores their wines.

Pelleriti, winemaking director at Monteviejo, part of the Clos de los Siete group of wineries in Mendoza’s Uco Valley, checks all the boxes. He can also shred a guitar, something he’s fond of doing when not making full-force Malbecs and other wines for Monteviejo or his namesake wine label, Marcelo Pelleriti Wines.

Pelleriti, born and raised in Mendoza, traces his affinity for wine to the days he helped his grandfather make rustic foot-pressed wines called pateros.

“I don’t come from a wine-industry family,” he says. “I’m the first generation to go all in on wine.”

Now with two decades under his belt at Monteviejo, owned by the Bordeaux-based Péré Vergé family, Pelleriti specializes in richly extracted Malbecs with notable oak and the ability to age.

“I like making wines to hold on to,” he says. “A great wine is like history in a bottle. It is something that can be enjoyed by our children and grandchildren, which ties them back to their grandparents.”

Pelleriti began Wine Rock in 2010. The early April, harvest-season music festival started as a chance for he and his music-loving friends to gather, play some chords and drink lots of vino. Now in its 11th year, the event spans several days and features multiple bands.

Home Videos The WORLD of WINE – Wine News. Cheap wine, tasting notes and cooking with wine The World of Wine – May 2021 … END_OF_DOCUMENT_TOKEN_TO_BE_REPLACED

How to visit Napa Valley on a Budget. In this video Carson and I explain a few ways to enjoy Napa on the cheap. Tip and advice about how to visit Napa … END_OF_DOCUMENT_TOKEN_TO_BE_REPLACED

Home Videos Get To Know Argentina Wine | Wine Folly If you love Malbec, Argentina is your ultimate wine region. But that’s not … END_OF_DOCUMENT_TOKEN_TO_BE_REPLACED