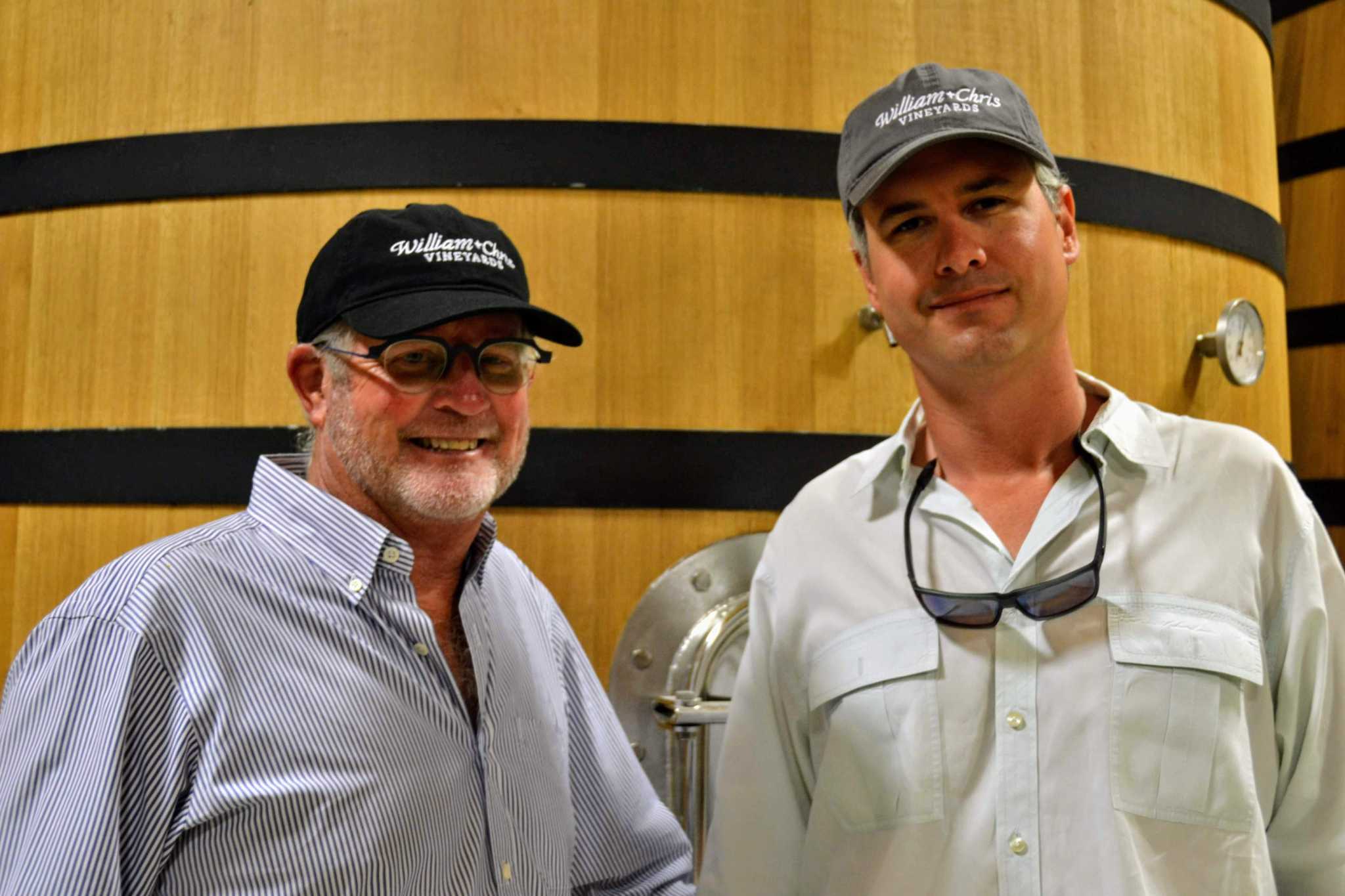 Texas wines have never been better across an increasingly broader spectrum of wineries but, because perception is often erroneously considered reality, problems persist in convincing many folks to give them their due.

A significant issue has been assuring consumers that the state’s best wines really are from Texas, not just made in Texas. Fact is, a bottle with “Texas” displayed on the label is still legally allowed to be only three-fourths Texan, with imported grapes, usually purchased from California or Oregon, making up the difference.

Given the vagaries of vintages in these parts, caused by terribly timed frosts and unexpected deep freezes, such as the one that recently wreaked as-of-yet untold carnage in the vineyards, it’s easy to understand why many of the state’s vintners — typically the ones with the most expansive, entrenched operations and, hence, the most at stake in maintaining the status quo — insist they need the extra wiggle room.

But that’s hardly a visionary approach. William Chris Vineyards co-owner/winemaker Chris Brundrett, a native Texan and the first Texas winemaker ever named to Wine Enthusiast’s “40 under 40” list of America’s rising stars, fought as hard as anyone for a much-needed change that’s finally coming. If the Texas Legislature delivers, the proverbial screws will get tightened at least a little, which will do only good things long term for how our wines are perceived by discerning oenophiles who live elsewhere.

Texas High Plains (1993): About 85 percent of the wine grapes grown in Texas, representing some 75 varietals, are sourced from vines that cover about 4,000 acres out of the entire 8 million legally in the AVA. The average elevation is 3,500 feet.

Texas Hill Country (1991): Although the geographic limits encompass 9 million acres, making it the second-largest AVA in the United States, fewer than 1,000 acres are under vine.

Bell Mountain (1986): Known originally for a handful of vitis vinifera varietals first planted in the 1970s by the late Robert Oberhelman in northern Gillespie County, it was the first AVA located completely within Texas. It’s also a sub-region of the Texas Hill Country AVA.

Escondido Valley (1992): It covers about 32,000 acres along the Pecos River in Pecos County, but only a small portion is under vine. With no wineries located inside its borders, almost all the fruit goes to the Ste. Genevieve facility near Fort Stockton.

Texas Davis Mountains AVA (1999): There are also no wineries and only 100 acres under vine in the region, which is mostly located in Jeff Davis County, although the Pleasant Hill Winery in Brenham sources the fruit for its cabernet sauvignon from there.

Texoma (2005): The Texoma region, which straddles the Oklahoma border around Lake Texoma, is where the 19th-century viticulturist Thomas Volney Munson discovered that grafting vitis vinifera grapevines onto native American varieties of vine rootstock resulted in vines that were resistant to phylloxera.

The “old guard,” as Brundrett calls them, believes limiting Texas wines to only Texas fruit is impractical, given the uncertainties of yields in any given year. The pushback from the big boys, including Llano Estacado and Becker Vineyards, has been resolute. Mark Hyman, Llano Estacado’s president and COO, flat out calls going to 100 percent Texas fruit “much too premature.”

But Hyman also said that Llano Estacado is “on board” with pending new legislation giving Texas wineries the formalized opportunity to precisely declare the provenance of the grapes in their wines.

Brundrett, who founded William Chris in 2008 with Bill Blackmon — one of the state’s most experienced grape growers — remains a staunch “hundred-percenter” when it comes to using only Texas fruit. What some folks are calling the great grape compromise is, therefore, somewhat “bittersweet” for him. While he said he’s “so grateful this is happening, that we’re finally at a place where there’s some real pride in what we do,” he added, “I’m disappointed so many people continue to live in the dark, from a producer standpoint. A few old wineries only want to hold onto to what they have. To shut me up, they were happy to sign off” on the following:

When using a specific vineyard designation on a label, and Texas has many that are very much worthy of the honor, 95 percent of the grapes must have been grown in that plot, and the rest must be Texas-grown.

When designating a specific American Viticultural Area (AVA) on a bottle’s label — the Texas Hill Country and the Texas High Plains are the biggest and by far most prominent of the state’s AVAs — 85 percent of the grapes must come from that AVA and the other 15 percent must be Texas-grown.

When designating a specific county on a label, 75 percent of the grapes must be from said county and the rest must be Texas-grown.

“We have something that’s of great value, and it’s important to protect our brand,” Brundrett said. “I feel some sense of ownership for the bill. I’ve spent a lot of time over the last 10 years working on it.”

Previously, despite having the eight delineated AVAs, Texas has never had Appellation of Origin designations, a system to guarantee geographic authenticity that was essentially created by the French with their Appellation d’Origine Contrôlée (AOC) system, which became law in the mid-1930s and has since been copied by Europe’s other leading wine-producing countries as well as California, Oregon, Washington and New York State.

Russell Kane, a retired engineer turned wine writer/educator who lives in Houston, believes going beyond the required minimum federal mandate of 75 percent represents “a real paradigm shift” in Texas’ quest to earn the national recognition and respect that the state deserves as a wine-growing region.

“I’ll admit that Texas being the fifth largest wine-producing state and only the seventh in grape production has made it difficult to consistently get to the 100 percent Texas mark,” Kane explained. “That said, the current legal compromise seems to have gotten all stakeholders on the same page. In my opinion, when this legislation is passed, Texas winegrowers and winemakers will finally have made it to the big leagues of American wine.”

The bill is unlikely to encounter serious opposition in the Legislature because the major players have all agreed to its provisions. Those would be the Texas Wine and Grapegrowers Association (TWGGA), the Texas High Plains Growers, the Texas Hill Country Association (THCA) and Texas Wine Growers. The new guidelines would go into effect starting with the 2022 vintage.

Roxanne Myers, general manager of Lost Oak Winery in Burleson and outgoing president of TWGGA, spearheaded the compromise in conjunction with Patrick Whitehead, the managing partner and winemaker at Blue Ostrich Winery & Vineyard northwest of Denton, and Brian Heath, owner with his wife, Jennifer, of Grape Creek Vineyards in Fredericksburg.

Myers is pleased that the new parameters meet the needs of a wide range of Texas wineries, explaining: “The proposed changes to the code are ‘permissive,’ thus not requiring anyone to label their wines in this manner. But if a winery chooses to appellate with an AVA, a county, or declare a vineyard designation, the wine must be derived from Texas grapes. Wines appellated only as ‘Texas’ would still be subject to current federal guidelines.”

Which, again, is to say that a quarter of the fruit making up a bottle of wine can continue being sourced from anywhere on God’s green Earth. In the end, this seems a classic case of not letting the perfect get in the way of the good. Baby steps are steps nonetheless.

Home Videos The WORLD of WINE – Wine News. Cheap wine, tasting notes and cooking with wine The World of Wine – May 2021 … END_OF_DOCUMENT_TOKEN_TO_BE_REPLACED

How to visit Napa Valley on a Budget. In this video Carson and I explain a few ways to enjoy Napa on the cheap. Tip and advice about how to visit Napa … END_OF_DOCUMENT_TOKEN_TO_BE_REPLACED

Home Videos Get To Know Argentina Wine | Wine Folly If you love Malbec, Argentina is your ultimate wine region. But that’s not … END_OF_DOCUMENT_TOKEN_TO_BE_REPLACED