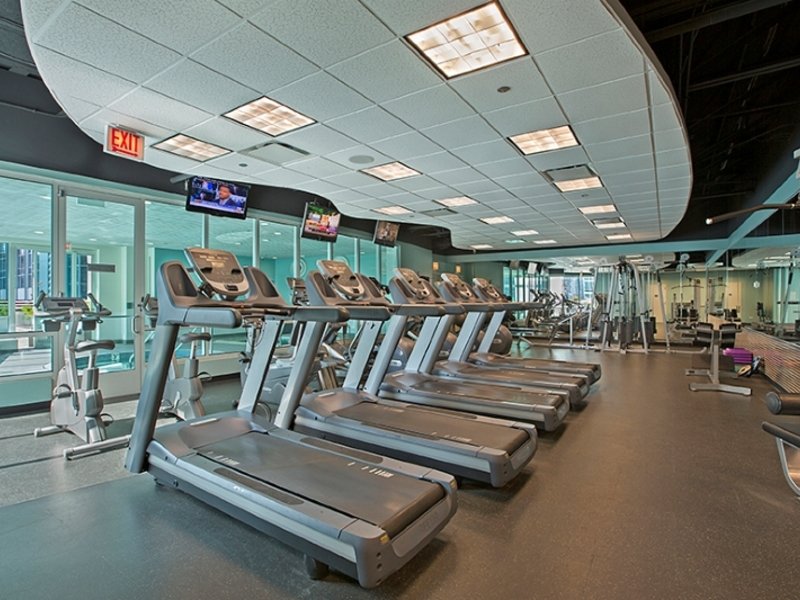 For an average rent of nearly $2,700 per month, residents at the Streeter, a 49-story luxury high-rise in Streeterville, get to use the building’s fitness center, hot tubs, steam rooms and complimentary Starbucks coffee bar. Should they get a discount if those amenities are shut down due to a pandemic?

Michelle Weisberg thinks so. Weisberg, a tenant in the 481-unit tower at 345 E. Ohio St., has sued, arguing exactly that. The suit contends that the owner and manager of the Streeter violated the city’s landlord-tenant ordinance by not reducing her rent to account for their decision to close most of its common-area amenities as the coronavirus spread last March. Weisberg says she’s entitled to a refund, but her landlords won’t give her one.

Believing she’s not the only tenant who feels that way, Weisberg is asking a judge to certify her case as a class-action complaint, potentially adding hundreds, if not thousands, of residents to the suit. That could put the building’s manager on the hook for a large sum of money. The property manager, an affiliate of Southfield, Mich.-based Village Green, manages eight properties in Chicago, and their tenants should be included in the suit, according to the complaint, filed Feb. 16 in Cook County Circuit Court.

It’s a question many apartment dwellers have asked during the pandemic. People pay top dollar to live in some of the city’s most expensive high-rises for the location, the views and amenities that have only become more extravagant over the past decade or so. A swimming pool and fitness center don’t cut it anymore: The newest multifamily towers include demonstration kitchens, game rooms, wine-tasting events, even boxing rings.

Those extras are worth something, but how much? Weisberg’s suit doesn’t state how much money she is seeking, and her attorneys did not respond to requests for comment. A Village Green executive declined to comment, as did a spokesman for the owner of the Streeter, the State Teachers Retirement System of Ohio.

The case may go nowhere, but if it gains some traction, copycat suits could follow.

“There will be major implications if it goes somewhere,” said Michael Zucker, managing partner of Peak Properties, which manages about 8,000 apartments in Chicago. “Every lawyer in the city will pick up on that. There was not a single landlord that didn’t shut down amenities during the pandemic.”

Village Green closed most of the common areas at its Chicago properties, including the Streeter, and suspended all resident events and classes on March 13, when Gov. J.B. Pritzker issued his stay-home order, according to the lawsuit. Some, but not all, of the common areas and amenities at Village Green’s properties here reopened at the end of June, and some remain closed, the complaint says.

Under the city’s landlord-tenant ordinance, “each Village Green tenant impacted by the closure of common area amenities in each Village Green building located in Chicago, including The Streeter, are entitled to a refund of the portion of the rent for these closures due to the casualty,” the suit says.

The complaint alleges that because Village Green and the pension plan also ran afoul of the Illinois Consumer Fraud & Deceptive Practices Act because they failed to disclose to tenants that they had violated the landlord-tenant ordinance.

Many apartment landlords have tried to respond to residents unhappy over cutbacks in amenities. Zucker estimates that about 100 tenants at Peak-managed buildings have raised the issue with the firm. Zucker placated a few with rent credits, but he offered the vast majority something else, like free online fitness or cooking classes.

“We would handle it on a case-by-case basis, and many times we’d have to get very creative,” he said. “The first thing you want to do is figure out what’s getting their goat.”

Peak also tried to foster goodwill with tenants by paying to bring ice-cream or coffee trucks to its properties. The owner of some Peak buildings sprung for gift certificates to local restaurants. One of Peak’s most-popular COVID amenities was a truck staffed by bike mechanics who would tune up tenants’ bikes on-site, Zucker said.

“People really appreciated that,” he said.

Many big buildings are still restricting tenant access to amenities. Peak, for instance, manages a reservation system to limit the number of people in fitness centers at its properties, Zucker says.

The lawsuit against Village Green alleges that its decision to reduce amenities has paid off financially by reducing staffing and other costs it must absorb when they are open. But the pandemic has increased other costs for landlords. Zucker estimates that Peak’s cleaning expenses are about 10 percent higher than they were pre-COVID.

Many downtown landlords have also suffered from big drops in occupancy and rent since last spring, though the market may be turning a corner. The Streeter’s occupancy rate has fallen to 87 percent, down from 91.6 percent a year ago, according to CoStar Group, a real estate data provider. Net rents at the building fell about 12 percent from the first quarter to the third quarter last year, but are down about 5 percent now, according to CoStar.

Home Videos The WORLD of WINE – Wine News. Cheap wine, tasting notes and cooking with wine The World of Wine – May 2021 … END_OF_DOCUMENT_TOKEN_TO_BE_REPLACED

How to visit Napa Valley on a Budget. In this video Carson and I explain a few ways to enjoy Napa on the cheap. Tip and advice about how to visit Napa … END_OF_DOCUMENT_TOKEN_TO_BE_REPLACED

Home Videos Get To Know Argentina Wine | Wine Folly If you love Malbec, Argentina is your ultimate wine region. But that’s not … END_OF_DOCUMENT_TOKEN_TO_BE_REPLACED