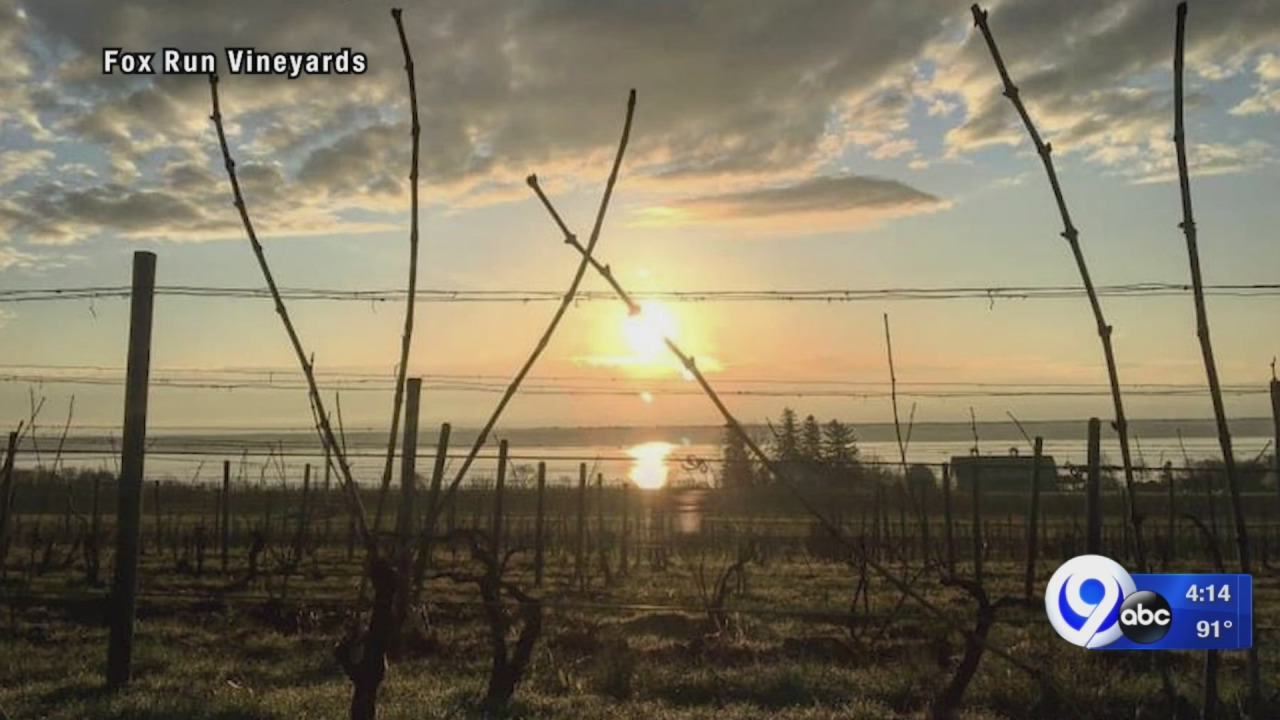 SYRACUSE, NY (WSYR-TV) The new normal – it’s a term we’ve heard a lot with the pandemic. Now, we’re looking into our new normal in climate. Here in Syracuse, just like most of the Northeast, it’s warmer with more precipitation.

What climatologists have noticed is there’s a difference in the way the precipitation is falling. Light, soft rain, this is what farms and vineyards in New York want in the summer. The heavy downpours are what they’re getting more often.

Brian Reeves, owner of Reeves Farms in Baldwinsville, took over the family business with his brother in 1990.

He says at the end of the day, Mother Nature runs the show, but he has noticed lately, since about the 2000s, she’s been bringing more torrential rains that bang up the soil and the crops.

Scott Osborn, owner of Fox Run Vineyards in Penn Yan, moved back to the Finger Lakes and purchased the vineyard in 1994 with his business partner at the time. He says, “We have seen a lot of these heavy rain events that you know where we get an inch of rain in 45 minutes, and then it stops, but you can go out and scratch the dirt and you know an inch underneath, it’s dry.”

As if it never even rained, leaving the plants without nutrients they need. People like Reeves and Osborn are forced to adapt.

To thrive they can’t become complacent. Whether it’s to the heavy downpours or the heat we’re feeling outside of the summer months, they’re finding ways to mitigate risk.

Osborn says, “About 10 years ago I noticed that the winters were warmer, and the lake was warmer so that we started to get bud break before the last frost.”

To help, Osborn purchased wind machines to keep the air well mixed and warmer near the vines to help prevent them from budding.

Reeves says “Where I notice this is the fall. We used to always get a scare in late September but by the first week of October, we had a hard frost. Now there are years we’ll go to just about Halloween before it’s a really hard heavy killing frost.”

This is our new normal. More flooding rains in the summer, more 90-degree days extending into the spring and fall, and warmer nighttime temperatures too.

Jessica Spaccio, Climatologist at Northeast Regional Climate Center says, “This is what we should expect now is these warmer temperatures but when we talk about some of the extremes and departures from normal it won’t sound maybe as significant but we’re still hitting those high temperatures.”

As we’ve been adjusting to a new social norm, the agriculture industry will continue to adjust to the changing climate. If the temperatures continue to trend warmer, as they have since 1901, Finger Lakes wine could no longer be the “cool climate” refreshing wines they are now.

If the extremes continue, making it more difficult for farmers to work with, the agriculture industry could look different too.

Reeves explains that buying local is more important than ever.

Home Videos The WORLD of WINE – Wine News. Cheap wine, tasting notes and cooking with wine The World of Wine – May 2021 … END_OF_DOCUMENT_TOKEN_TO_BE_REPLACED

How to visit Napa Valley on a Budget. In this video Carson and I explain a few ways to enjoy Napa on the cheap. Tip and advice about how to visit Napa … END_OF_DOCUMENT_TOKEN_TO_BE_REPLACED

Home Videos Get To Know Argentina Wine | Wine Folly If you love Malbec, Argentina is your ultimate wine region. But that’s not … END_OF_DOCUMENT_TOKEN_TO_BE_REPLACED