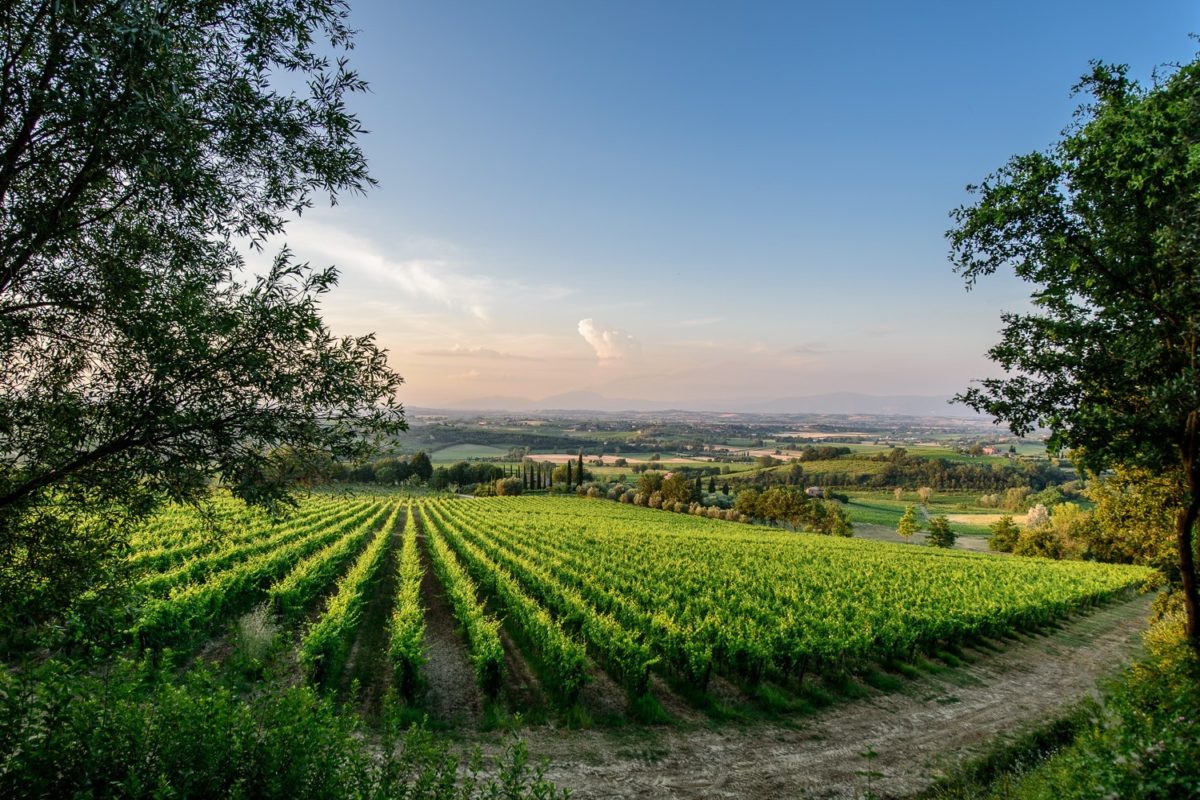 The opportunity to taste a number of wines from a single producer in the same sitting is an enjoyable experience. It’s illuminating to sample, say, various vintages of the same wine, or compare several single vineyard selections of riesling (or merlot) made by one winemaker.

I’ll start with this: Each of these wines is worthy of consideration and consumption. You will enjoy drinking them, pairing them with food and recommending them to friends.

Dino Carletti purchased the Poliziano estate in 1961 (54 acres at the time), and it’s now run by a son of his, Federico — whose children, Francesco and Maria Stella, are part of the enterprise.

In a 2014 interview, Carletti told BKWine Magazine’s Ulf Bengtsson: “My father was not very interested in wine making, so when I wanted to take over he just said, ‘Go ahead, that’s the vineyard, here are the keys!’”

That was 1980, and Carletti, who considers himself first and foremost a farmer (he has a degree in agriculture) has since expanded the estate — located in the commune of Montepulciano — to more than 640 acres. In all, Poliziano’s annual output exceeds 83,000 cases produced from 400 acres in Montepulciano, Cortona and Maremma.

My tasting began with the Rosso di Montepulciano DOC, and I recall writing at the time that, “it’s a wine I would happily drink every day.” It’s 80 percent prugnolo gentile (sangiovese in Montepulciano) and 20 percent merlot. Great fruit here, grown at 280 to 350 meters above sea level, and a robust yet sprightly body. Cherry, of course, but also a bit of humus and bright berry. Tasting this made me feel lighter, happier.

Fermentation takes place in cement tanks, and aging (10 months) is done 50 percent in French oak and 50 percent in cement (two to four months in the bottle). This wine (250,000 bottles produced per year, 13.5 percent alcohol) rewards a lack of patience, so drink it when you get it. Pairings? Hamburgers, lamb chops, basil pesto and farfalle.

We proceeded to the next bottle, the 2017 Poliziano Vino Nobile di Montepulciano DOCG. (Note: We opened each of these wines after having chilled them in the refrigerator for 15 minutes.) Here, we have 85 percent prugnolo gentile, backed by colorino and canaiolo, along with a touch of merlot.

I appreciated the interplay between the buoyant tannins and the shy floral notes in this wine, and want to revisit this vintage in three or four years. If I opened this bottle on a snowy evening in November or December, I would love to pair it with wild boar. Fermentation takes place in large vats of French oak, and the wine is aged for 18 to 20 months in French oak (6 to 8 months in the bottle). Production is more 200,000 bottles per year, and alcohol is 14 percent.

The third bottle in our tasting, what the Carletti family refers to as its flagship wine, was the 2017 Poliziano Vino Nobile di Montepulciano Asinone DOCG. Asinone is the name of the vineyard from which the fruit here comes — its shape resembles a donkey’s back, hence the moniker. Poliziano’s first vintage from the 14-hectare plot was released in 1983 as Vigna Asinone Riserva, and in its present form was awarded Tre Bicchieri from Gambero Rosso.

This vintage was marked by heat, and as others have remarked, I found that the tannins lacked some integration. Dark cherry and soil shine here, and this wine lingers in the mouth, desirably so. The fruit’s quality is evident in this bottle. I would pair it — again — with wild boar, and a hearty beef stew would also be suitable. Hold until 2023, and I would love to taste this in 2040.

We now visit our final bottle from the tasting, the 2018 Lohsa Morellino di Scansano DOGC. Morellino is the name for sangiovese in the Maremma region of Tuscany, and for my money, this bottle represents outstanding value. Poliziano ventured into Maremma in 1998 with this wine, and the deft hand of Carletti is amply evident in the bottle.

It’s 85 percent sangiovese and 15 percent ciliegiolo, and I really likes this wine. Morellino di Scansano possesses a wonderful herbaceous quality, and you’ll find that in this bottle. Bright cherry, humus, a harmonious light-bodied wine that is fun to drink. I made basil pesto this week, and would be delighted to pair it and penne with this wine.

Federico Carletti, who in the past served as the president of the Consorzio del Vino Nobile di Montepulciano (2008 to 2013), has guided his father’s purchase for decades now, and he has been producing wines that enhance one’s life. His enoteca in Montepulciano is a beautiful love letter to the region — make sure to pay it a visit when you are next in the area — and I look forward to tasting more of his family’s wines.

Historical note: Carletti’s father named the estate after Angelo Poliziano (1454 to 1494), a son of Montepulciano and scholar whose work was instrumental in the development of Renaissance Latin.

Ask for these wines at your favorite merchant. They are also available at wine.com

For more wine, travel and other stories from James Brock, check out Mise en Place.

Home Videos The WORLD of WINE – Wine News. Cheap wine, tasting notes and cooking with wine The World of Wine – May 2021 … END_OF_DOCUMENT_TOKEN_TO_BE_REPLACED

How to visit Napa Valley on a Budget. In this video Carson and I explain a few ways to enjoy Napa on the cheap. Tip and advice about how to visit Napa … END_OF_DOCUMENT_TOKEN_TO_BE_REPLACED

Home Videos Get To Know Argentina Wine | Wine Folly If you love Malbec, Argentina is your ultimate wine region. But that’s not … END_OF_DOCUMENT_TOKEN_TO_BE_REPLACED