On his first day as a free man, Farhad Bandesh poured himself a glass of wine. It was 11 December 2020, his 40th birthday, and after seven-and-a-half years spent in detention between Christmas Island, Manus Island and the Mantra Hotel in Melbourne, he was ready to try Australian shiraz for the first time.

It was softer than the reds he drank in Iran. This taste confirmed a long held dream – he wanted to establish himself in Australia’s wine world.

Bandesh was no stranger to winemaking. At the age of 22 he had started producing wine for home consumption, but in 2013 he was forced to flee Iran.

When he tells people of his desire to become a winemaker, and that he is an Iranian Kurd, many are surprised. They are even more surprised to learn Kurds were one of the first cultures to produce wine. “We have an 8,000-year history of making wine and spirits,” he says.

In Kurdistan province, grapes grow in the wild and are picked and sold at markets or on the street. Prior to the revolution in 1979, winemaking was widespread in Iran. Then alcohol production and consumption were banned, and the country’s commercial vineyards were destroyed. 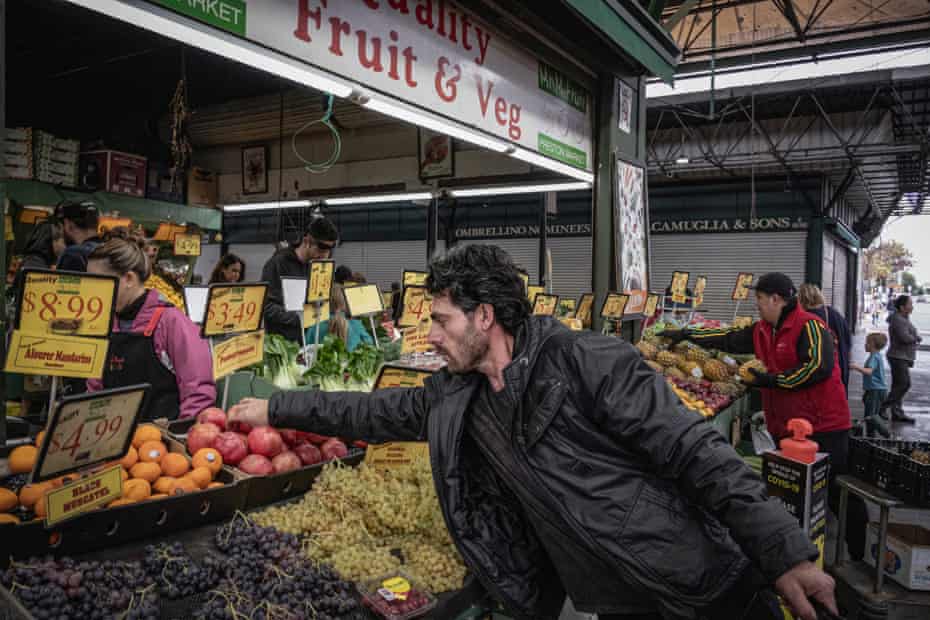 Winemaking became a more clandestine practice. Bandesh vividly recalls the first time he tried a glass – he was 19, and the way the sweetness and bitterness melded together, the sharp kick of alcohol and the dryness it left in his mouth were fascinating. He describes Kurdish reds as being fuller-bodied and higher in tannin than Australian shiraz. In some cases banana skins are added when fermenting, for sweetness. “It’s interesting … you have to try it,” he says.

While many Kurds are practising Muslims, there are plenty, like Bandesh, who are not. “Kurdish people love to have wine and share spirits,” he says joyfully. “In any ceremony, any occasion.”

When asked what he thinks of Australian wine, his eyes brighten, and a grin spreads across his face, “it’s amazing!” 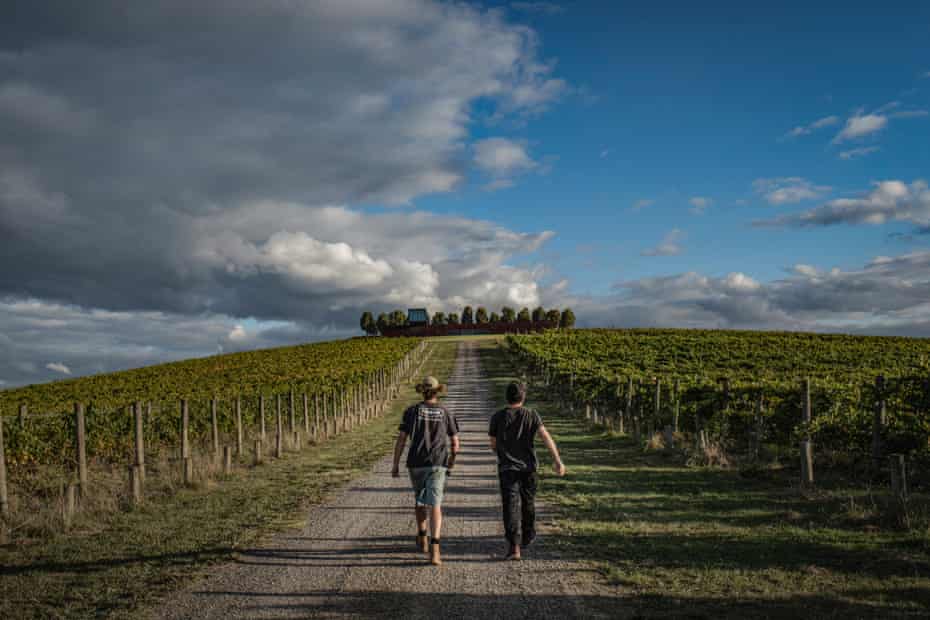 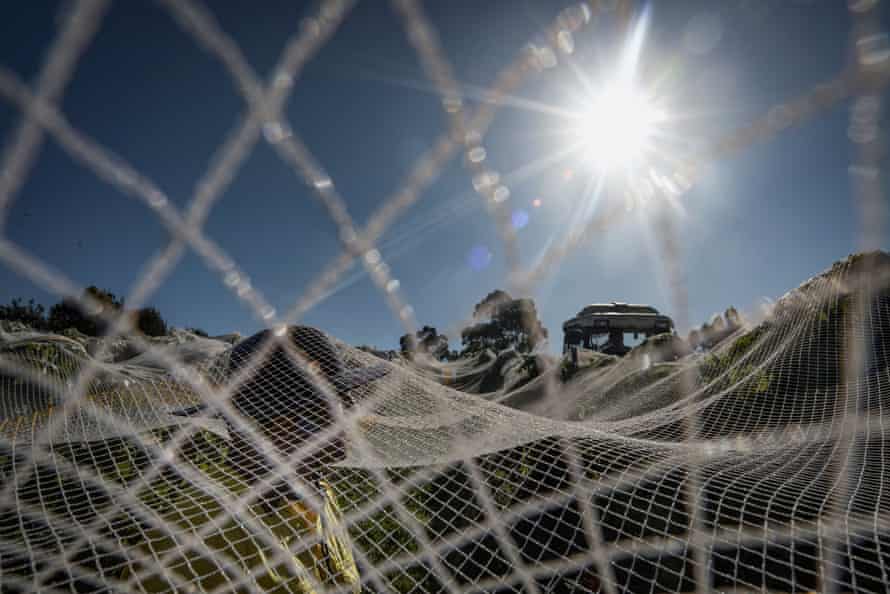 After Bandesh was medically evacuated to Australia in 2019, he was detained at the Mantra hotel. He knew that if he was ever granted freedom he wanted to make wine commercially.

He connected with Sarah Andrew, refugee advocate and co-president of Sommeliers Australia via social media. The two formed a friendship and she visited him regularly. His release coincided with the start of vintage, and he was eager to join the harvest. 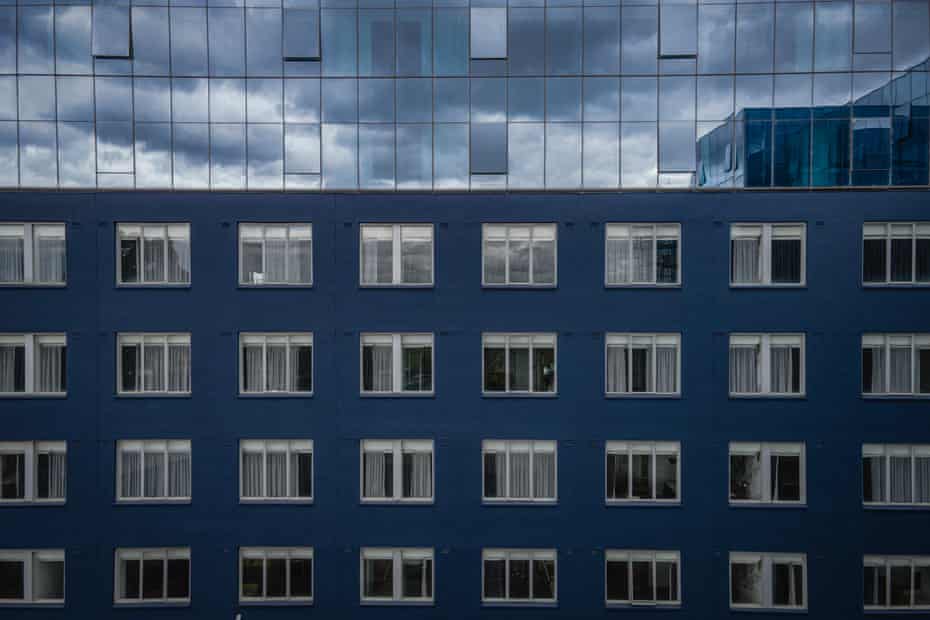 Many of his friends told him to relax and wait, but he refused. “I lost eight years of my life I will never get back. If I don’t get a job now, I have to wait till next year.”

He asked Andrew for assistance and began looking for work. “I am in awe of his hunger for life. His hunger to achieve and to grow and give back,” Andrew says. She connected Bandesh with Mac Forbes, of Mac Forbes Wines in the Yarra Valley. The pair hit it off instantly.

Andrew and Forbes warned Bandesh about how brutal an Australian vintage can be. Days are long, the weather is hot, and the work is intense. Bandesh was not deterred. 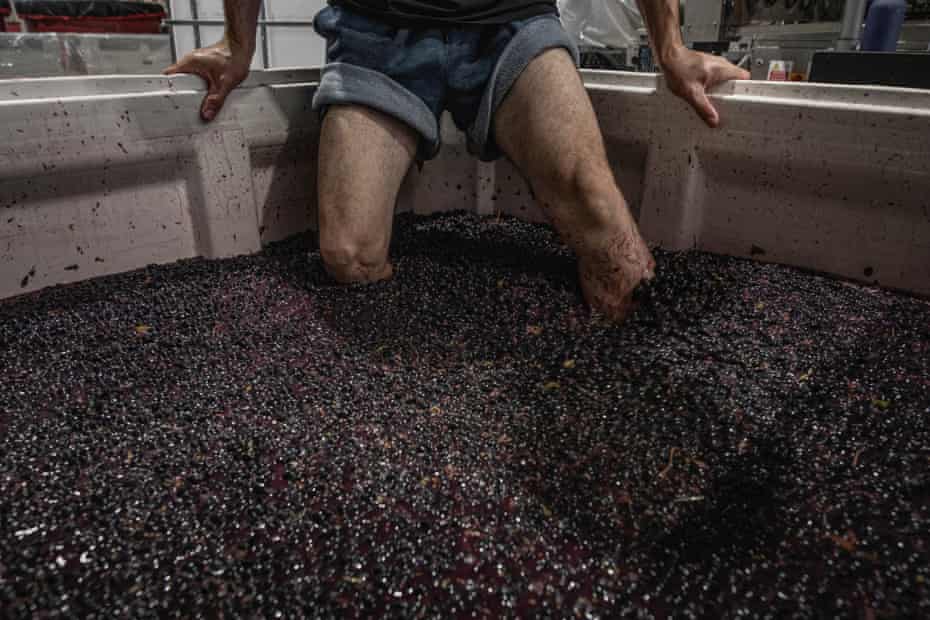 “Farhad pulled his weight … with every challenge, there was a twinkle in his eye,” says Forbes.

Despite the physically demanding work, Bandesh’s life at Mac Forbes felt worlds away from the previous eight years. When he was detained on Manus Island for six years he shared a tent with 50 other people. At the winery, he often stayed at the staff accommodation and would fall asleep to the sounds of the animals and the wind in the trees.

After backbreaking days under the scorching sun, he cooked dinner with his colleagues. “The people here are so beautiful,” he says. 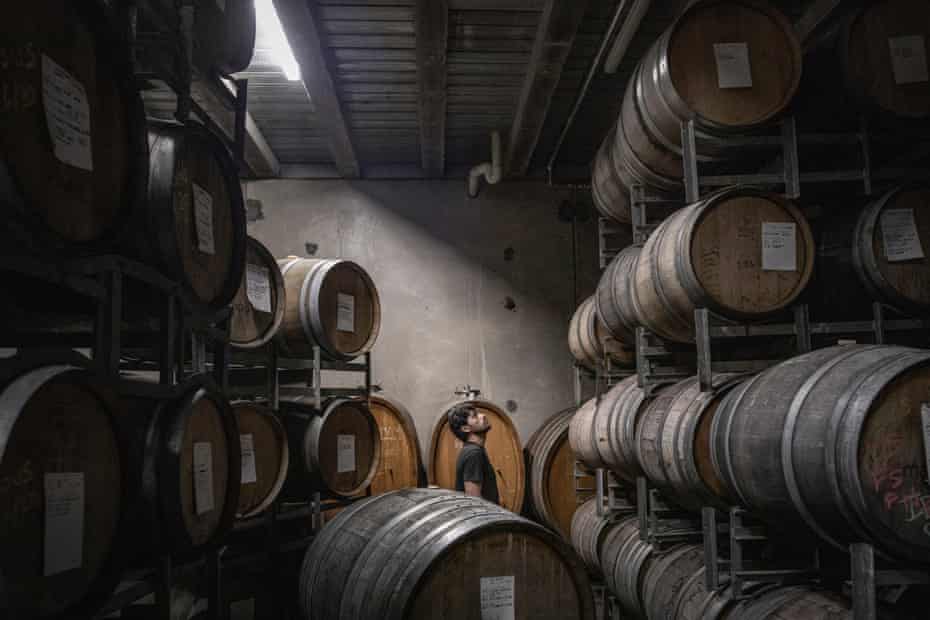 Forbes helped Bandesh source fruit of his own, and provided winemaking facilities. Before long, Bandesh was doing more than just working a vintage, he was producing his first wines commercially – Time to Fly shiraz and Game Over cabernet sauvignon, which he hopes to release later this year.

Whether the wines will end up bottled is still uncertain. Bandesh is on a bridging visa that expires this month. He has applied to renew it, and is hoping for success, but thinking about the outcome is immensely stressful. “With the visa, I’m not happy,” he says. “No one is happy. It makes everything hard for you, you cannot think about your business or your job or your home … I need a permanent home in Australia.”

If he can go ahead, Bandesh wants his bottles to draw attention to the injustices refugees and asylum seekers face in Australia. 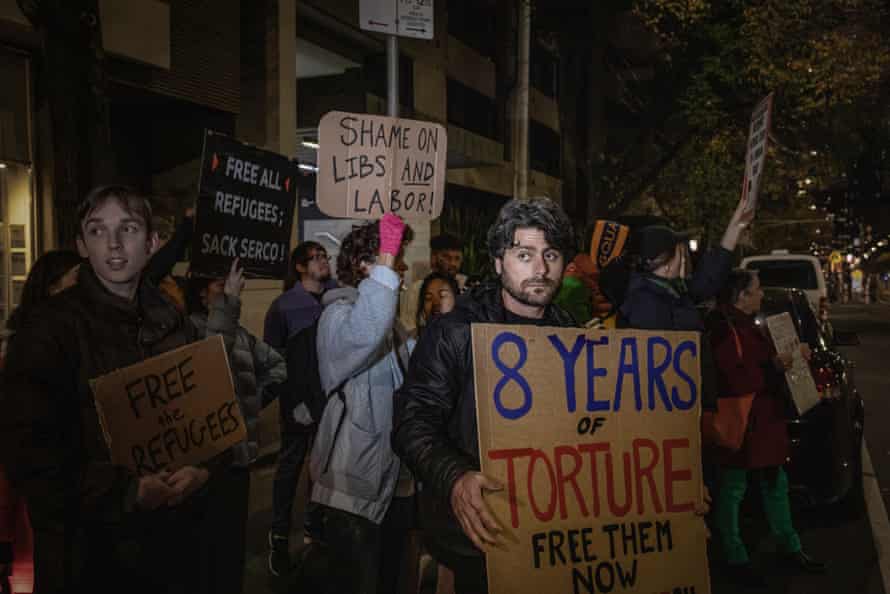 In October 2017, the Australian government closed Manus Island. Services such as food supply, electricity and running water were cut off, but Bandesh and 600 other asylum seekers were too scared to leave. During that period, he drew what is now the logo for his shiraz. He asked a supporter via social media to write a caption to accompany the image, one that called on the Australian government to bring the men on Manus to Australia. They wrote “Time to Fly”. He named his cabernet sauvignon, Game Over, for an Amnesty International Campaign.

Despite everything he has been through, Bandesh shows nothing but affection for Australians, “the Australian people are my big family now … I want to show them love.”

Home Videos The WORLD of WINE – Wine News. Cheap wine, tasting notes and cooking with wine The World of Wine – May 2021 … END_OF_DOCUMENT_TOKEN_TO_BE_REPLACED

How to visit Napa Valley on a Budget. In this video Carson and I explain a few ways to enjoy Napa on the cheap. Tip and advice about how to visit Napa … END_OF_DOCUMENT_TOKEN_TO_BE_REPLACED

Home Videos Get To Know Argentina Wine | Wine Folly If you love Malbec, Argentina is your ultimate wine region. But that’s not … END_OF_DOCUMENT_TOKEN_TO_BE_REPLACED