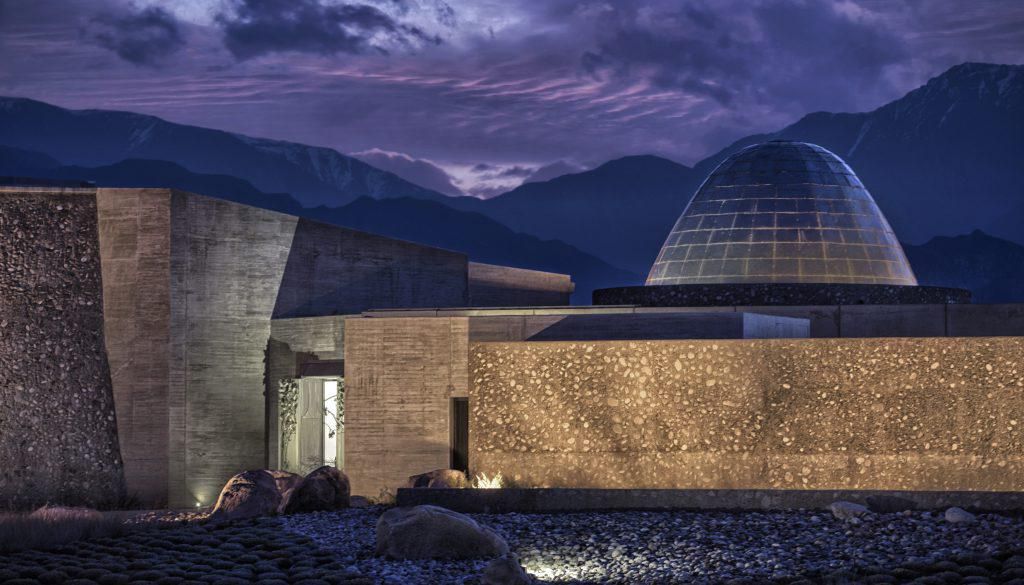 This month the World’s Best Vineyards published its annual list of …well, guess. Based on vineyard environment and hospitality rather than quality of wine (though the two are intertwined in most cases), the list of 50 gives a nod to the wineries with the best tourism experience—opportunities to learn about and taste wine, as well as take in dining, accommodations and views.

Oenophiles love lists, beginning with the 1855 Bordeaux classification and also including such things as the Wine Century Club (its 1,740 successful members have tasted at least 100 different grape varieties, and documented them on an form with name of grape, wine, producer, region and vintage), and lists such as Wine Spectator and Wine Enthusiast’s top wine restaurants. And even I—who usually don’t like such lists—took a peek at the World’s Best Vineyard (full disclosure: I was a voter by invitation) to see how many I had visited (eight out of the top 10; 18 proper visits out of the remaining 40 and three drivebys at Chateaus Margaux, Mouton Rothschild and Pichon Baron).

For someone who travels regularly to wine country, the combination of the pandemic and the widening ban on American travelers to many countries that produce wine (like, most of the European Union. Ahem!), it’s been a tough summer to stay home, flip though virtual photo albums and be satisfied staying in a stuffy New York City apartment when you’d otherwise be staring down a steep vineyard slope (yes, I’m crying-slash-whining a little).

So, while this list evokes major wanderlust pangs, it also makes me appreciate my great fortune experiencing on a personal level the hospitality of wine producers all over. Most of them are not on this list: they don’t have fancy guest houses, interactive olfactory devices for sussing out wine aromas or name-brand crystal wine glasses. In one of my most memorable and personable visits, the producer didn’t even have a bathroom! (When I asked, he shrugged and pointed to the field.) In another, a Santorini winemaker and his wife hosted me in their hot, crowded kitchen, yowling baby in a high chair, and served me a 100-year-old Vinsanto wine that made me cry—not only because it tasted so good but because the home-cooked meal and their hospitality truly came from the depths of their hearts.

No list can replicate those highly personal experiences, but for those of you who want to start such a journey, the World’s Best Vineyards will give you a taste and an opportunity to create your own memories. Here’s a “take five” of the top 50, and let’s hope the travel bans will lift, tasting rooms will reopen and the good times will soon roll.

#1: Zuccardi Valle de Uco, Mendoza, Argentina. The historic producer is making history again with its high-altitude (at 3,609 feet, the highest in the region), environmentally integrated winery in the Andes mountains. Beautifully constructed (finished in 2016) of natural stones and cement, the ultra-modern winery, of which the Piedra Infinita vineyard is the shining star, looks almost like an observatory with its dome touching the sky. Wines from this site are in their “mountain wine” line, but also look for the more earth-bound Emma Zuccardi Bonarda, made from Argentina’s indigenous grape.

#2: Bodega Garzón, Maldonado, Uruguay. Located near Jose Ignacio, Uruguay’s laid-back resort coast, Bodega Garzón was established in 2007 as a ground-breaking winery—not only on the physical landscape, but also as an environmental steward: It is the first LEED-certified winery in South America. The winery has done a good job of taming the Tannat grape, known for the robust tannins that make it a wild child among the smooth Malbecs for which its Argentine neighbor is known.

#3: Domän Wachau, Wachau Valley, Austria. Austria often gets overlooked in the European wine scene: it’s small and it makes many of the same wines as its larger powerhouse neighbor, Germany. But Domäne Wachau, situated in a UNESCO World Cultural Heritage site, is a regal standout. The estate specializes in single-vineyard Grüner Vetliner and Riesling from its famously steep terraced slopes leading down to the Danube River.

#4: Montes, Apalta Valley, Chile. The producer calls its “La Finca de Apalta” winery “modern and mystical,” designed with Feng Shui principles, and “ensuring harmony in a positive atmosphere, canalizing positive energy” that [they say] influence the winemaking. Well, we have heard more far-out postulations, but what is rock-solid here are the beautiful integrated design at the base of the Andes, and surrounding botanical trails. And, the wine. The “Purple Angel” Apalata Carmenere shows how Chile’s calling card grape can compete with the world’s noble reds.

#5: Robert Mondavi Winery, Oakville (Napa Valley). There is no questioning Mondavi’s role in American’s wine history as both a producer and a savvy marketer. Mondavi founded his winery in 1966—nine years before the Judgment of Paris put California wines on the map, and the sprawling Mission-styled estate has made wine and tourism synonymous for more than 40 years, hosting concerts (Ella Fitzgerald sang here!), harvest parties, art and culinary programs, and multilingual tours. Offerings in the bottle are also vast, but look for wines made from the historic To Kalon vineyard, planted in 1868—truly history in a bottle.

Up next: the next five of the World’s Best Vineyards

Home Videos The WORLD of WINE – Wine News. Cheap wine, tasting notes and cooking with wine The World of Wine – May 2021 … END_OF_DOCUMENT_TOKEN_TO_BE_REPLACED

How to visit Napa Valley on a Budget. In this video Carson and I explain a few ways to enjoy Napa on the cheap. Tip and advice about how to visit Napa … END_OF_DOCUMENT_TOKEN_TO_BE_REPLACED

Home Videos Get To Know Argentina Wine | Wine Folly If you love Malbec, Argentina is your ultimate wine region. But that’s not … END_OF_DOCUMENT_TOKEN_TO_BE_REPLACED