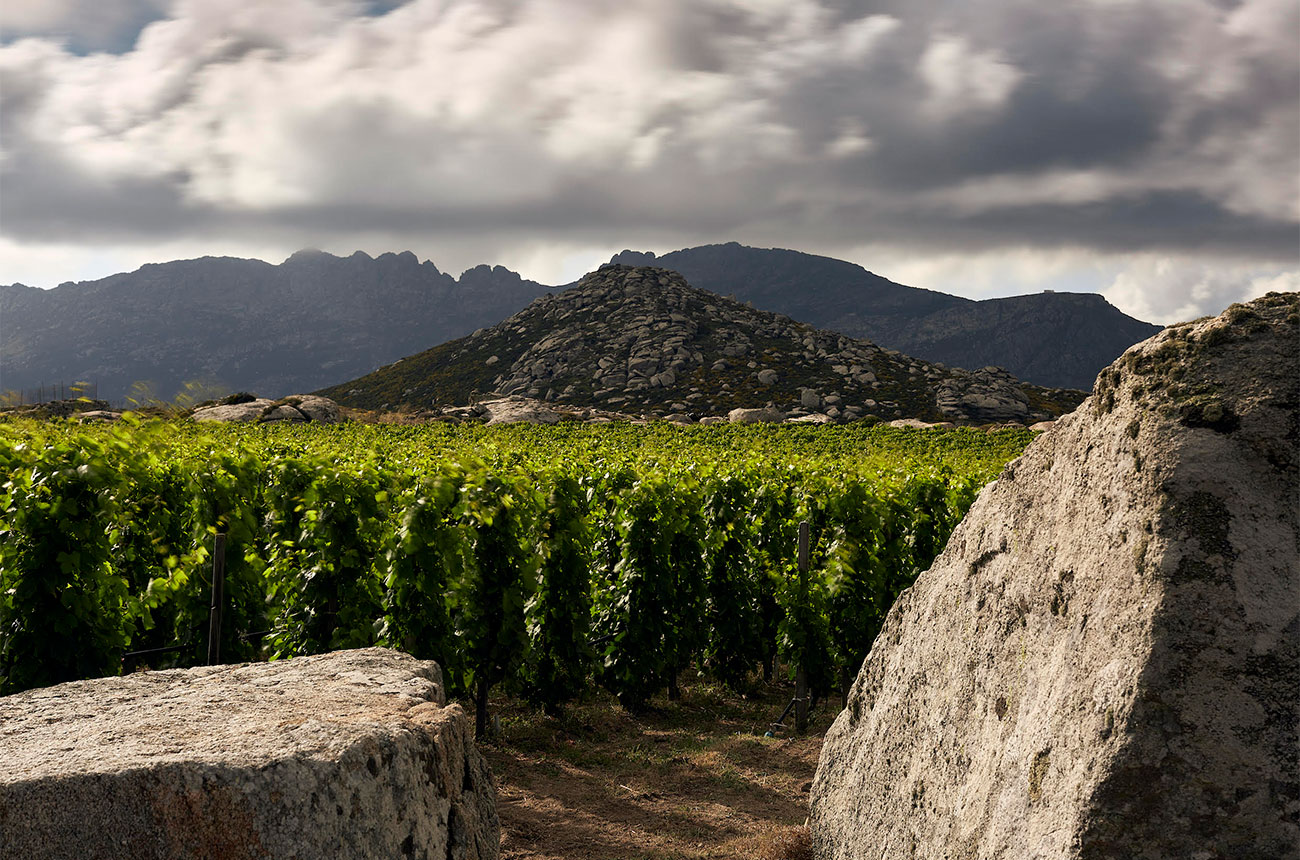 Heroic winemaking and extreme viticulture may be more associated with high-altitude mountainous regions, deathly dry deserts or live volcanoes but a project that started 20 years ago on the tiny Cycladic island of Tinos has been battling the elements to create a range of wines that exemplifies its unique environment.

Nestled in the heart of the Aegean Sea, surrounded by crystal-clear waters and dotted with postcard-perfect white-washed villages lies the T-OINOS  winery and its 13 hectares of vines at 450m above sea level.

The words ‘legendary’ and ‘mythical’ aren’t often used to describe vineyard locations but with a winemaking history dating back 3,000 years and giant granite rocks that are said to be remnants of an ancient battle between gods and giants scattered across the moon-like landscape they certainly fit here.

These huge volcanic boulders, which are protected by UNESCO world heritage status, have actually been polished and rounded over the centuries by the wind. According to Greek mythology Tinos is considered the birthplace of the wind god Aeolus.

This natural phenomenon, and vine hazard, is only one of a number of difficulties faced by the T-OINOS founders; businessman Alexandros Avatangelos and Gerard Margeon the executive wine director and head sommelier at Alain Ducasse, when they decided to embark on the ambitious and pioneering project in 1999.

‘It was difficult because we had no buildings, no workforce, no vines. We built everything from scratch,’ Margeon revealed during a recent interview. At the time there was limited infrastructure and few transportation options and together with poor, steep and rough terrain the challenge was well and truly set.

However, Margeon said: ‘When you arrive there is a very particular and special energy, we wanted to capture that and create a taste of the location and the soils in a single bottle’, keeping the natural environment intact while creating the necessary structures for the sustainable development of the area.

The first vines were planted in 2002, first vinification in 2008 and the first bottling completed in 2009.

Although, rather than being presented as ‘Greek wines’ which Margeon says still have an ‘image problem’ with a historical reputation for inexpensive bulk production, he prefers the label ‘Aegean Sea wines’.

The one word Margeon uses to describe T-OINOS wines is ‘mystical’ highlighting ‘the whole extreme ecosystem’ that makes their wines so special and has what he calls ‘liquid energy’.

He is of course referring to the soils used to plant the domain’s grapes which include the two flagship indigenous varieties – white Assyrtiko on granitic sand and red Mavrotragano on schist as well as a deep-rooted vine system designed to combat the arid conditions which can sometimes see no rain fall on the island between May and November.

There is also the constant wind vortex which presents problems for flower fertilisation and delivers small grapes at harvest, along with snow and rain in winter and hail that can decimate vines, which in three minutes once destroyed 50% of the crop.

‘A wine finishes in the cellar but starts in the vines’ is Margeon’s philosophy adding that the only goal was to ‘create wines that taste of their place’. In this instance; crystalline, nuanced, salty and mineral.

These characteristics change the conventional food and wine pairings with Margeon’s sommelier credentials advising their white wine with red meat and the red with fish.

It’s no surprise that the wines have been championed by the Ducasse restaurant group which has helped attain their iconic status. But that’s only part of the story.

The winery has seen two decades of heavy investment, meticulous attention to detail and help from renowned French wine consultant Stéphane Derenoncourt who joined the project as Master Vigneron in 2015 and based on a production philosophy of purity, creates with extreme precision, wines of a rare identity and intensity.

Home Videos The WORLD of WINE – Wine News. Cheap wine, tasting notes and cooking with wine The World of Wine – May 2021 … END_OF_DOCUMENT_TOKEN_TO_BE_REPLACED

How to visit Napa Valley on a Budget. In this video Carson and I explain a few ways to enjoy Napa on the cheap. Tip and advice about how to visit Napa … END_OF_DOCUMENT_TOKEN_TO_BE_REPLACED

Home Videos Get To Know Argentina Wine | Wine Folly If you love Malbec, Argentina is your ultimate wine region. But that’s not … END_OF_DOCUMENT_TOKEN_TO_BE_REPLACED