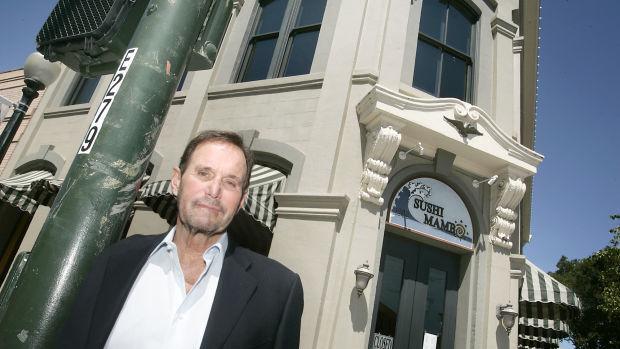 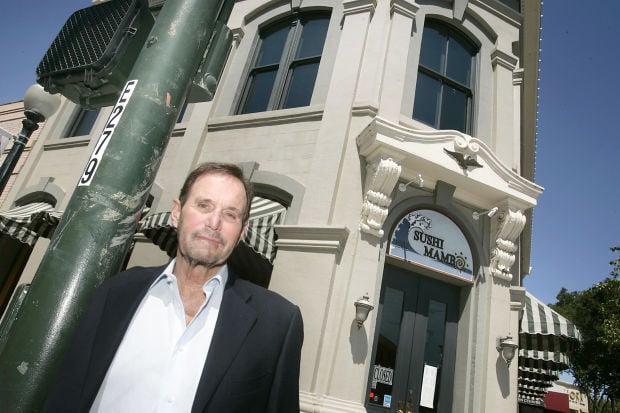 Grapegrower Andy Beckstoffer is shown in early 2014 after he purchased the building that housed the Sushi Mambo restaurant. The structure sustained heavy damage in that year’s earthquake. Sushi Mambo’s owners sued Beckstoffer Vineyards, alleging that their lease had been wrongfully terminated after the quake. 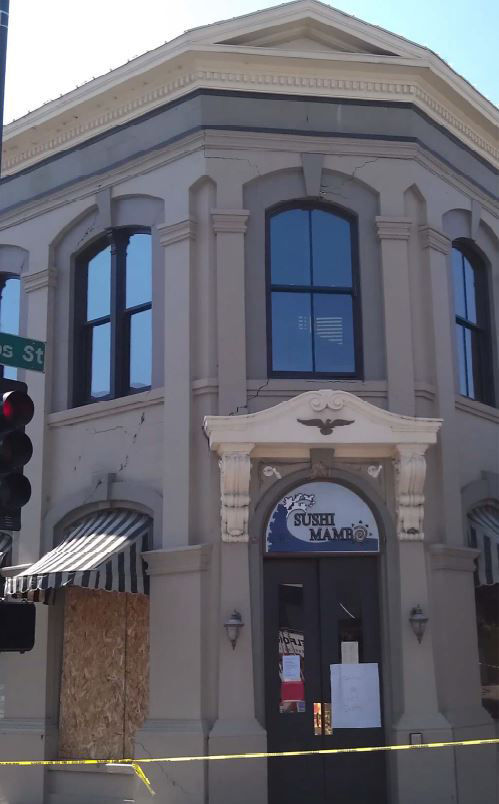 Sushi Mambo, now located in Calistoga, filed a lawsuit against Beckstoffer Vineyards in 2016, alleging the lease on their downtown Napa restaurant had been wrongfully terminated after the 2014 earthquake.

Napa’s former Sushi Mambo restaurant was wrongfully forced to close in 2014 and its lease wrongfully terminated by landlord Beckstoffer Vineyards, according to an arbitration ruling.

The Cazares’ claims for fraud, deceit and other damages were denied by the arbitrator, who ruled Dec. 8.

“After a long and tortuous litigation, Sushi Mambo prevailed,” said an email statement from Kenneth Frucht, attorney for the restaurant owners. He declined to comment further.

Sushi Mambo, which opened in downtown Napa in 1997 and is now located in Calistoga, filed a lawsuit in 2016 in Napa County Superior Court against Beckstoffer Vineyards, which bought the building just months before the earthquake in 2014. Beckstoffer Vineyards is owned by Napa Valley resident Andy Beckstoffer.

“Basically my clients were thrown out on the sidewalk by the landlord,” said another Sushi Mambo attorney, William H. Paynter, in 2016.

Kevin Block, the Napa attorney who represents Beckstoffer Vineyards, said on Thursday that his client will file a motion in Napa Superior Court to vacate the arbitration award.

“We think the court will throw out the arbitrator’s decision,” Block said this week.

The arbitrator failed to decide the key question necessary to resolve the parties’ dispute: how long it would take to repair damage to the defendant’s unreinforced masonry building, wrote Block.

The next hearing for that motion is set for Feb. 19.

All parties agreed that the historic building located at 1202 First St. was damaged in the 6.0 earthquake, but the extent of that damage was contested.

Beckstoffer Vineyards deemed the building a “total loss,” which Block said means that the structural damage was estimated to take more than six months to repair. The lease was automatically terminated due to this classification, he said in a 2016 interview.

If repairs to the building were estimated to take less than six months, he said, it would have been deemed only a “partial loss” and the lease would have remained active.

“The building was completely uninhabitable,” Block said. It ultimately took 18 months to fix the building, he said.

However, Renee Cazares said she felt that Beckstoffer used the earthquake as an excuse to kick the restaurant to the curb before the lease expired in January 2016.

“We think the evidence will show that it was based on the fact that they didn’t want the tenant there anymore,” Paynter said in a 2016 Napa Register story.

Sushi Mambo opened at 1631 Lincoln Ave. in Calistoga — what was originally planned as a second location — 45 days after the earthquake.

The disaster had a devastating effect on his investment, Beckstoffer said at the time. Two of the building’s walls hadn’t been retrofitted and were severely damaged, he said, and there was also damage to the roof.

He said it would have been cheaper to tear down the building, which was built in 1905 and housed the Napa Valley Register until 1965, but he bought the space because of its history.

Beckstoffer has since aligned the building with the First Street Napa complex and the adjacent Archer hotel. The current tenant is Overland Sheepskin Co. described online as “a retailer dedicated to high-end accessories, outerwear & shoes made from sheepskin, leather & fur.”

You can reach reporter Jennifer Huffman at 256-2218 or jhuffman@napanews.com

Home Videos The WORLD of WINE – Wine News. Cheap wine, tasting notes and cooking with wine The World of Wine – May 2021 … END_OF_DOCUMENT_TOKEN_TO_BE_REPLACED

How to visit Napa Valley on a Budget. In this video Carson and I explain a few ways to enjoy Napa on the cheap. Tip and advice about how to visit Napa … END_OF_DOCUMENT_TOKEN_TO_BE_REPLACED

Home Videos Get To Know Argentina Wine | Wine Folly If you love Malbec, Argentina is your ultimate wine region. But that’s not … END_OF_DOCUMENT_TOKEN_TO_BE_REPLACED