Many wine aficionados, whatever that means, make a distinction between Old World and New World vintages. Old World is Europe. The new world is California, Chile, Australia, even though, of course, they’re all part of the same, old world. NPR’s Lauren Frayer reports on the new wine made in a nation with an ancient civilization.

LAUREN FRAYER, BYLINE: Looking out across rows and rows of grape vines and vineyards, there’s a sort of Italianate building behind us.

PRITISH KAJALE: It’s all being surrounded by mountains. The land is totally on a slope.

KAJALE: Could say Italy, could say France. But just due to the climate condition, it’s India.

FRAYER: It’s India, in fact, the part of India that’s in the tropics with a torrential monsoon season, conditions that would sabotage winemaking elsewhere. And yet they’re growing grapes and making wine here, says Pritish Kajale, the tasting executive at Sula Vineyards in western India.

KAJALE: We cannot do it from the seeds in India. That’s because of the climate. So we bring the shoots from the place of origin. We do the grafting here. That’s how we get the grapes here.

FRAYER: What’s the place of origin?

FRAYER: The man who started it all about 25 years ago is Rajeev Samant.

RAJEEV SAMANT: Everybody thought I was crazy. They were like, who’s this guy, and what the hell is he trying to do? So everyone thought I was nuts.

FRAYER: Samant was working in Silicon Valley when he came home to his native India for a family wedding and saw this piece of land.

SAMANT: It was just grassland. It was fallow. There were lots of snakes and leopards. There was no electricity out here. There was no phone lines – pretty damn rural, middle of nowhere.

FRAYER: But he thought the landscape looked a bit like California. And so he planted sauvignon blanc and zinfandel. The first harvest was in 1999. It took six months to sell 500 cases of wine. He had to go back to his bank and ask for more money. But 22 years later, Sula Vineyards now sells a million cases a year, including at some Costcos in Texas, though most of its sales are domestic. It’s basically the story of India’s booming middle class and its appetite for luxury goods, Samant says.

SAMANT: The last 20 years have been an amazing ride in terms of economic growth and pulling people out of poverty and creating this middle class. And I always said all we’ve got to do is just convert 1% of all the teetotalers in this country.

FRAYER: In this country of nearly 1.4 billion people, even 1% is a huge market. Alcohol consumption has doubled in India in the past 15 years, but there are only a handful of Indian wineries. And Sula is the biggest. It’s tasting room is packed on weekends. Sula got 400,000 visitors last year. Twenty-seven-year-old banker Chitransh Saxena took the train three hours from Mumbai.

CHITRANSH SAXENA: My family – they drink very rarely – and not even all the members. But I go out, so I live in a culture where drinking is a common thing.

FRAYER: He iso Sula’s market, millennials who are less conservative than their parents.

FRAYER: Above the tasting room, there’s a bar that’s thumping. There are three restaurants, two hotels on site and selfie stations, little platforms in the vineyards with Sula’s logo.

ANGELI SEKO: We are going around and taking pictures. It’s beautiful.

FRAYER: Angeli Seko and Gracie de Souza are also bankers in their late 20s, here for a girls’ weekend. There are no less than three bachelorette parties here, young women running all over the place in sparkling tiaras.

GRACIE DE SOUZA: In India, we have this taboo that girls can’t drink.

FRAYER: So you come here to prove them wrong. 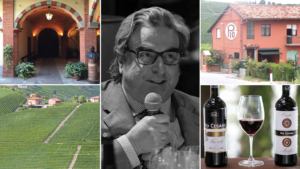 Remembering Pio BoffaBY ANTONIO GALLONI | APRIL 21, 2021The news came over the weekend. It was not unexpected, but shocking just the same. Pio Boffa … END_OF_DOCUMENT_TOKEN_TO_BE_REPLACED 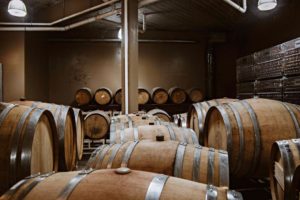 TRAVERSE CITY — The COVID-19 pandemic didn’t just put a cork in wine month 2020 — it sealed it with a hammer.So the Traverse Wine Coast and the … END_OF_DOCUMENT_TOKEN_TO_BE_REPLACED 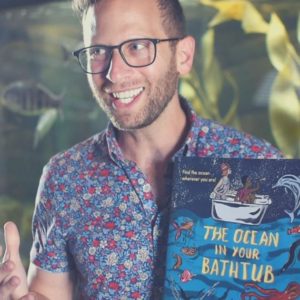