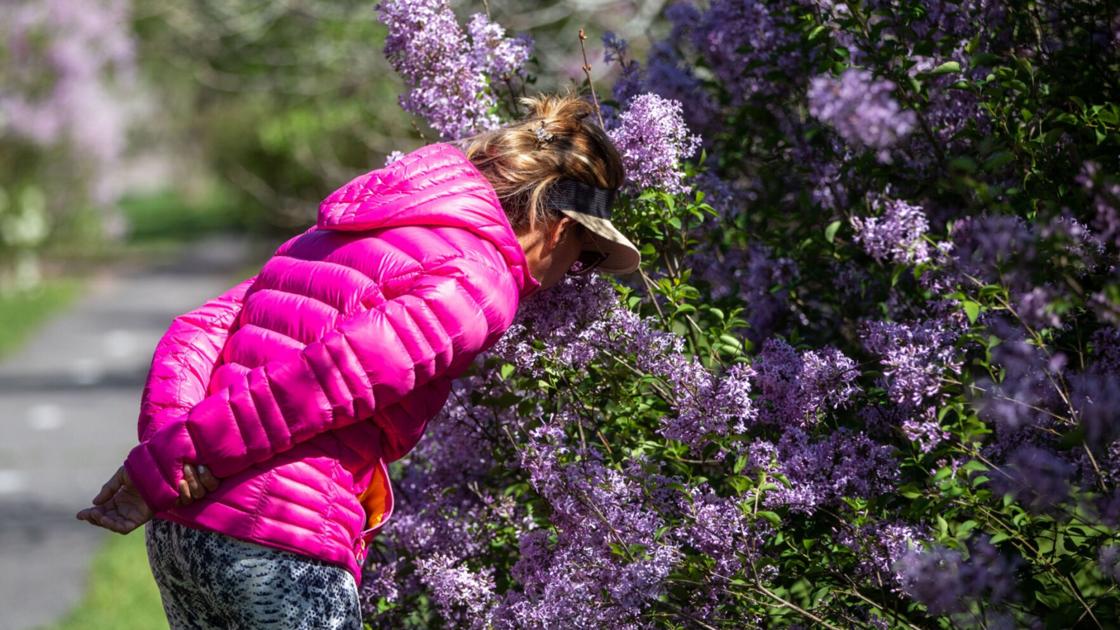 Olivia Schneider pulled down her mask and inhaled the perfume from purple blossoms, their sweetness casting the engineer back to her Wisconsin kick-the-can childhood and her mother clipping lilacs for the dinner table.

Last spring, the simple act would’ve flouted signs imposing pandemic rules for the Harvard-owned Arnold Arboretum’s more than 400 lilac bushes. “Please enjoy the lilacs from a distance,” they read, warning that they should be treated “like any other surface that can spread COVID-19.”

This Mother’s Day, lilac-sniffing is fair game — another small reminder of how data and experience have refined our tools for combating the virus.

“It wasn’t that we had any kind of hardcore scientific information saying the lilacs are going to be a vector” for transmission, said Stephen Schneider, the arboretum’s director of operations and public engagement. “But there was so much that we didn’t know.”

Last spring, the pandemic hit Boston early and hard. Dozens of Massachusetts residents were dying every day, and hospitals were so strapped that the city used its convention center as a field hospital.

The arboretum remained open; public-health experts advised that outdoors seemed to be far safer than indoors. The greatest risk appeared to come from breathing someone else’s air, so masks and distance would help keep people safe.

But the typical crowds of “Lilac Sunday” caused extra concern. The Mother’s Day festival has been a tradition at the 281-acre arboretum for more than a century, a celebration of floral beauty much like cherry-blossom festivals in Japan and Washington, D.C. In recent years, it draws 40,000 or more visitors.

“Lilac Sunday is the antithesis of people keeping their distance,” Schneider said.

The arboretum canceled the official event, but the staff knew that even the pandemic wouldn’t dissuade crowds. So they did what would later become familiar to any American walking the aisles of a grocery or hardware store: painted arrows to move visitors past the lilacs in only one direction. To be extra safe, signs asked people not to sit on benches — and not to smell the flowers.

It was a question of “What’s the best thing to do when you don’t know?” arboretum director William “Ned” Friedman said. Sniffing was banned “out of an abundance of caution,” he said.

This year, Lilac Sunday festival activities are officially canceled once again, but pandemic progress can be felt. Benches may be sat upon. In hindsight, the ban was unnecessary — the accumulated evidence now is that the risk from contaminated surfaces or objects is very low, and droplets exhaled by someone with the virus are by far the main danger. Evidence also has accumulated that outdoor air is dramatically safer than indoor spaces, to the point that outdoor mask mandates are dwindling.

So unlike when lilacs last in the arboretum bloomed, they may once again be smelled up close — though distance from other humans remains important because people remove masks to sniff.

“This year, I think the message is, ‘Sure, you can sniff the lilacs,’” said Schneider, the arboretum’s director of operations. “But you probably want to wait your turn.”

WHERE: In Rochester’s Highland Park, which has the largest collection of lilacs in North America, covering 22 acres of the park’s 155 acres. The park designer, Frederick Law Olmstead, was also responsible for New York City’s famous Central Park.

ADDITIONAL INFORMATION: Several events are associated with the Lilac Festival, including a Craft Beer Expo and a Wine-Tasting Expo. Visit rochesterevents.com/lilac-festival for more.

Home Videos The WORLD of WINE – Wine News. Cheap wine, tasting notes and cooking with wine The World of Wine – May 2021 … END_OF_DOCUMENT_TOKEN_TO_BE_REPLACED

How to visit Napa Valley on a Budget. In this video Carson and I explain a few ways to enjoy Napa on the cheap. Tip and advice about how to visit Napa … END_OF_DOCUMENT_TOKEN_TO_BE_REPLACED

Home Videos Get To Know Argentina Wine | Wine Folly If you love Malbec, Argentina is your ultimate wine region. But that’s not … END_OF_DOCUMENT_TOKEN_TO_BE_REPLACED