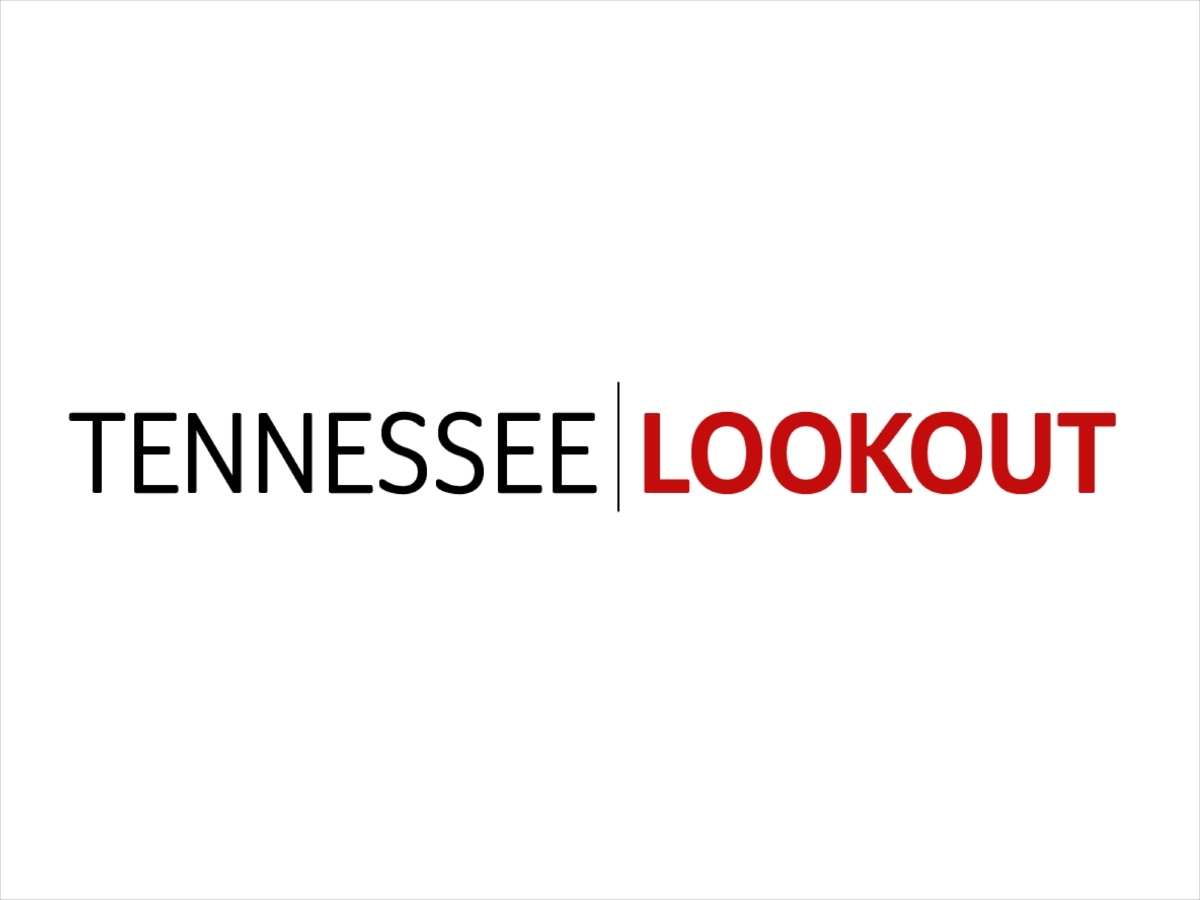 Retired Capitol Hill reporter Tom Humphrey for years wrote a column called “Humphrey on the Hill.” In his stead, Sam Stockard is taking up the mantle with a new report called “Stockard on the Stump,” a collection of briefs, anecdotes and quotes from the latest week in the Tennessee General Assembly.

As a state representative, Andy Holt hammered his colleagues over every alcohol and cannabis bill they tried to pass, preaching for a decade against the evils of booze and weed in the House chamber.

After leaving the Legislature in 2020, though, Holt, a Dresden farmer, took a job in Gov. Bill Lee’s administration that puts him in direct contact with the state’s Pick Tennessee program, which oversees dozens of farm-related operations including – you guessed it – wineries, vineyards, breweries and distilleries. Even Holt Family Farms in Dresden is a Pick Tennessee destination, with farm animals for petting, hay rides, pumpkin patches and other attractions for school tours.

Not every Pick Tennessee business would be considered that wholesome, at least under former Rep. Holt. But now that he’s working for the state, it must be OK.

According to an Agriculture Department spokeswoman, Holt works with industry sectors as a strategist and supervisor, overseeing one consultant who focuses on wine, spirits and hemp and another business consultant who manages the Pick Tennessee Products program.

No doubt, this is a crucial role in state government, making sure Tennessee’s booze industry thrives, with 18 breweries, nine distilleries, 13 vineyards, 18 wineries and several fermented food and beverage businesses as part of Pick Tennessee.

From Mayday Brewery in Murfreesboro to Wiseacre Brewing in Memphis to Jack Daniel’s in Lynchburg and George Dickel in Tullahoma to Watauga Lake Winery in Butler and Arrington Vineyards in Williamson County, the booze industry in Tennessee is burgeoning. It is clear people like a drink.

Crickets make more noise on a summer day in West Tennessee than former legislator Andy Holt when asked about his silence on Gov. Bill Lee’s decision to keep guns out of the capitol, after Holt lambasted former Gov. Bill Haslam for the same decision.

Does this create any sort of moral dilemma for the once fire-and-brimstone preaching Holt? It’s hard to say.

He did not respond to a message left on his cell phone, but a spokeswoman for the Agriculture Department said Holt is “responsible for carrying out the priorities, policies and goals set by the department irrespective of any position he may have held or expressed during his tenure as an elected official.”

This turnabout is not shocking.

Holt railed against former Gov. Bill Haslam during his eight years as chief executive, mainly because he wasn’t conservative enough.

For one thing, Holt, a major supporter of loosening gun laws, was bothered by Haslam’s decision to prohibit guns in the State Capitol. But when Gov. Lee said he would also keep guns out of the Capitol, we heard nothing from Holt.

In fact, when asked about Lee’s decision, Holt declined to say anything. Crickets make more noise on a summer day in West Tennessee.

Holt holds a degree in agriculture economics and business with a minor in animal science from UT-Knoxville and a master’s in business administration from UT-Martin. With that education, the practical knowledge of a farmer and the zeal he brings to every task, Holt is probably doing a bang-up job for the state.

(Never mind his feud with the U.S. Environmental Protections over allegations he dumped hundreds of thousands of waste water from his hog farm into a Mississippi River tributary. Holt claimed he self-reported the incidents.)

Holt also deserves the benefit of the doubt on one thing: Alcohol abuse does destroy people’s lives and their families.

But his former legislative colleagues are probably glad to see he’s helping bolster the state’s wineries, breweries and distilleries. After all, everyone knows how much they enjoy a stiff drink after a day of legislating for the sake of legislating. Most of them took home a fifth from Jack Daniel’s last week.

I hope they raised a toast to Holt. As he enjoys his new job and a hefty state salary, they can avoid his ranting and raving every time someone tries to bring a bill allowing wine to be sold at the local zoo or college football game.

The Senate Judiciary Committee killed Sen. Richard Briggs’ bill to prevent people from being punished for testing positive for minuscule amounts of THC in their system. Briggs wanted to protect people who might take a hit off a joint occasionally or those who use legal hemp and cannabidiol (CBD) regularly.

“All we’re saying is let’s not punish so many people to catch one person at a very low level,” Briggs, a Knoxville Republican, told the committee.

Sen. Janice Bowling, R-Tullahoma, who revealed to a Lookout writer this week she uses CBD oil daily, has a bill to legalize weed that has passed to the Senate Judiciary Committee.

But to no avail. The bill failed to advance on a 4-5 vote.

In contrast, Sen. Janice Bowling’s bill to legalize medical marijuana passed on to the Senate Judiciary Committee, where it is likely to meet a stern test. A bill to create a commission to study medical marijuana moved to Judiciary with a negative recommendation. It would take effect only if the feds remove pot from the controlled substances list.

Legislation requiring transgender middle school and high school athletes to compete based on their sex at birth is gaining momentum.

Lt. Gov. Randy McNally raised concerns about the potential for losing federal funds when asked about the matter a couple of weeks ago. But he voted for the bill this week as it passed the Senate. The measure is likely to roll through the House as well.

“It would be wrong for an individual to say I’m a woman and the next day I’m a man, to go back and forth like that.” – Lt. Gov Randy McNally.

“I think it would be wrong for an individual to say I’m a woman and the next day I’m a man, to go back and forth like that or to participate in a sport where their biological makeup really doesn’t qualify them,” McNally, an Oak Ridge Republican, said this week.

McNally said he didn’t think the transgender question would have much impact on a Republican primary.

Sen. Raumesh Akbari is moving a constitutional amendment removing criminal punishment as an exception from the prohibitions on slavery and involuntary servitude in Tennessee. The resolution is to be heard next week in the full Senate.

House members are irate over Chancellor Ellen Hobbs Lyle’s legal rulings that allowed more access to absentee balloting amid the pandemic in 2020. The Senate, not so much.
Sixty-seven of 99 reps are supporting a resolution designed to remove her from the bench, even though she ruled in favor of the state at least once.

Nobody in the Senate has taken on this tempest, but even if someone in the upper chamber tried to push Lyle’s removal, it wouldn’t go over nearly as well.

While House Republican leaders say the measure by Rep. Tim Rudd merely calls for creation of a committee to study Lyle’s actions, it is clear they want her gone for “legislating from the bench.” Nobody has defined that term yet.

But House Republican Caucus Chairman Jeremy Faison reiterated this week: “… if historically Congress and other state legislatures had taken that part seriously to exercise the checks and balances, we might be in a better place in America.”

Permit-less carry bills moved in House and Senate committees this week, even though law enforcement officials opposed them. House leaders predict Gov. Lee’s bill will be approved while a measure by Rep. Bruce Griffey, which is considered “true constitutional carry” because it allows anyone 18 and over to carry without a permit, if they’re eligible, is going “behind the budget.” It comes with a price tag while the governor’s bill is accounted for in the proposed budget.

Interestingly, state Sen. Todd Gardenire declared Rule 13 before the vote this week in the Senate Judiciary Committee, a step usually taken when a lawmaker has a conflict of interest.

No, Gardenhire isn’t working for a gun manufacturer, but he has a conceal-carry permit.
“I carry a lot and I want to be able to do it. … I’m not saying I did, but I might have been packing in the committee room,” Gardenhire said with a laugh Thursday after the Senate session.

It is legal to carry in the Cordell Hull Building. Andy Holt would be proud.

Tennessee Lookout is part of States Newsroom, a nonprofit network of state government news sites supported by grants and a coalition of donors.

Home Videos The WORLD of WINE – Wine News. Cheap wine, tasting notes and cooking with wine The World of Wine – May 2021 … END_OF_DOCUMENT_TOKEN_TO_BE_REPLACED

How to visit Napa Valley on a Budget. In this video Carson and I explain a few ways to enjoy Napa on the cheap. Tip and advice about how to visit Napa … END_OF_DOCUMENT_TOKEN_TO_BE_REPLACED

Home Videos Get To Know Argentina Wine | Wine Folly If you love Malbec, Argentina is your ultimate wine region. But that’s not … END_OF_DOCUMENT_TOKEN_TO_BE_REPLACED