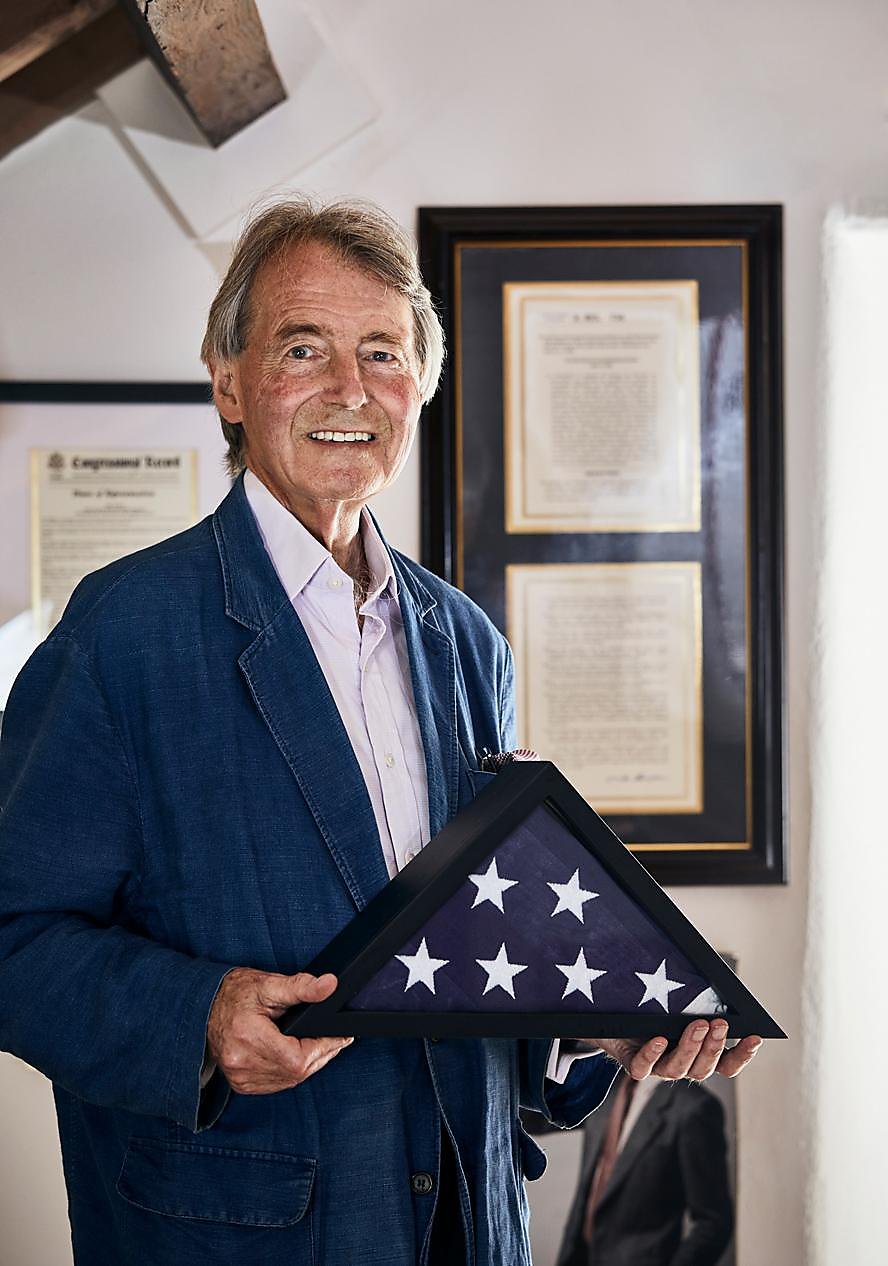 Steven Spurrier, who died Tuesday morning at age 79, was an unlikely champion for California wines. In 1976, the British wine merchant was running a shop in Paris that specialized in the great wines of France — Burgundy, Bordeaux — when he visited Napa Valley, at the time considered a podunk farming town.

But Spurrier sensed that those California farmers were making some extraordinary wines, so he organized a tasting back in Paris to show them off to the French wine trade. That event, which would be canonized as the Judgment of Paris, is widely considered the turning point for California, and indeed American, wine — the moment when it entered the world’s stage.

Spurrier died at home at Bride Valley, the wine estate in Dorset, England where he had spent his later years. The family did not disclose the cause of death.

Any epithet to describe Spurrier’s career is incomplete. He was a wine merchant, educator and critic. He farmed grapes and made wine. He formed a publishing house devoted to wine books. And though he was as well versed as anyone alive in the classic wines of Europe, he was a perennial champion of the underdog. “At any sparsely attended tasting of the most obscure, nascent wine region, Steven would be there,” wrote British wine critic Jancis Robinson in her remembrance of Spurrier.

“By chance and circumstance rather than by design, Steven introduced wine to people of all ages, genders, races and orientations, thoroughly democratizing wine for the world,” Simon McMurtrie, who co-founded the Academie du Vin Library with Spurrier, told The Chronicle. “For him, it wasn’t Old versus New World, but instead all the world of wine for everyone.”

Spurrier was born in 1941 and attended the London School of Economics. He wrote in his autobiography, “A Life in Wine,” that his love for wine was ignited at age 13 by a taste of 1908 Cockburn’s Port. In his twenties, he began working for a wine importer in London. With his wife, Bella, whom he married in 1964, he moved to Paris, and the couple bought a wine shop called the Cave de la Madeleine. Soon, they opened a wine school next door, called L’Académie du Vin.

A young American expat, Patricia Gastaud-Gallagher, recalled meeting Spurrier outside his shop in 1971 as he unloaded boxes of wine from his station wagon. He had driven in the middle of the night to Beaujolais to acquire the region’s famous nouveau wines that are released the third Thursday in November.

“I will be forever grateful to Steven Spurrier, the handsome Englishman I met by chance,” Gastaud-Gallagher wrote in an email on Tuesday. “What do I remember best about Steven? His perfect manners, natural elegance, kindness and generosity, and especially his enthusiasm, great sense of humor and wonderful stories.”

Spurrier always credited Gastaud-Gallagher with coming up with the idea of the Judgment of Paris tasting. “Patricia being American had been trying to hold a tasting of American wines each July 4th,” Spurrier told The Chronicle in 2018. “The problem was that whatever wines that were available, even from her friends in the Embassy, weren’t worth the effort.”

So they decided they had to go to California to see what wines might not be available yet in France. They discovered wines from then-unknown producers like Chateau Montelena, Stag’s Leap Wine Cellars, Ridge Vineyards, Mayacamas Vineyards, Heitz Cellar and Freemark Abbey Winery. For the 1976 bicentennial, they invited some of France’s most distinguished wine tasters to a blind tasting in Paris, pitting French Cabernet Sauvignons and Chardonnays against these American efforts. The top-scoring wines were both American, Chateau Montelena’s Chardonnay and Stag’s Leap’s Cabernet. A Time magazine reporter, George Taber, happened to be there and chronicled the event. Instantly, history was made.

The French judges were, by all accounts, mortified, especially Odette Kahn, the editor of a prestigious French wine magazine. “She was the first person to realize right away what impact the results would have,” Spurrier said in 2018. “She had put a California wine top in both white and red on her scorecard, so insisted she have them back and I refused. She never spoke to me again and wrote an article in (her magazine) to say that the tasting had been ‘rigged’ which was of course not true.”

“The Paris tasting was a Copernican moment,” said Stag’s Leap founder Warren Winiarski. While the impact on his winery was particularly powerful, he believes the more important effect was that it shifted the paradigm by which wines were evaluated. Suddenly, it was possible that wines from uncelebrated corners of the globe might be worthy of consideration alongside the classics.

“It changed the character of how people approached wines,” Winiarski continued. “Winemakers’ aspirations were lifted now that the artificial hierarchy had been taken apart. I think the world of wine changed then.”

In the 2008 film “Bottle Shock,” a semi-fictionalized account of the Judgment of Paris, Alan Rickman plays the character of Spurrier and portrays him as a European snob, reluctantly charmed by the hick winemakers of Calistoga — a temperament that the real Spurrier did not share. “For someone who achieved so much, he acted with such extreme modesty and politesse that there was always a danger of his not being accorded his due,” Robinson wrote. Winiarski called him “a very giving, gentle friend.”

He opened a series of other wine businesses, some short-lived, throughout the rest of his career, including wine schools in India, Italy, Japan and Canada. In 2019, he founded the Academie du Vin Library, a publishing imprint, which has revived classic wine texts like Michael Broadbent’s 1968 “Wine Tasting” as well as published new works, including Spurrier’s own books. He wrote more than 300 columns for Decanter, the leading British wine magazine.

After decades of championing winemakers throughout the world, Spurrier became one himself. In 2008 he and Bella planted the Bride Valley vineyard, which has earned a strong reputation for its sparkling wines.

In 2016, on the Judgment of Paris’ 40th anniversary, Spurrier was honored by the U.S. Congress for the role he played in elevating American wine. Congresswoman Nancy Pelosi presented him with a signed and sealed document saying that Congress had approved a resolution honoring the Judgment of Paris’ historical significance. “I was also given an American flag, neatly folded and boxed, which I was told had been flying above the Capitol dome of Congress for two days in my honour!” Spurrier wrote in “A Life in Wine.”

He is survived by his wife, Bella, and children Christian and Kate.

Home Videos The WORLD of WINE – Wine News. Cheap wine, tasting notes and cooking with wine The World of Wine – May 2021 … END_OF_DOCUMENT_TOKEN_TO_BE_REPLACED

How to visit Napa Valley on a Budget. In this video Carson and I explain a few ways to enjoy Napa on the cheap. Tip and advice about how to visit Napa … END_OF_DOCUMENT_TOKEN_TO_BE_REPLACED

Home Videos Get To Know Argentina Wine | Wine Folly If you love Malbec, Argentina is your ultimate wine region. But that’s not … END_OF_DOCUMENT_TOKEN_TO_BE_REPLACED