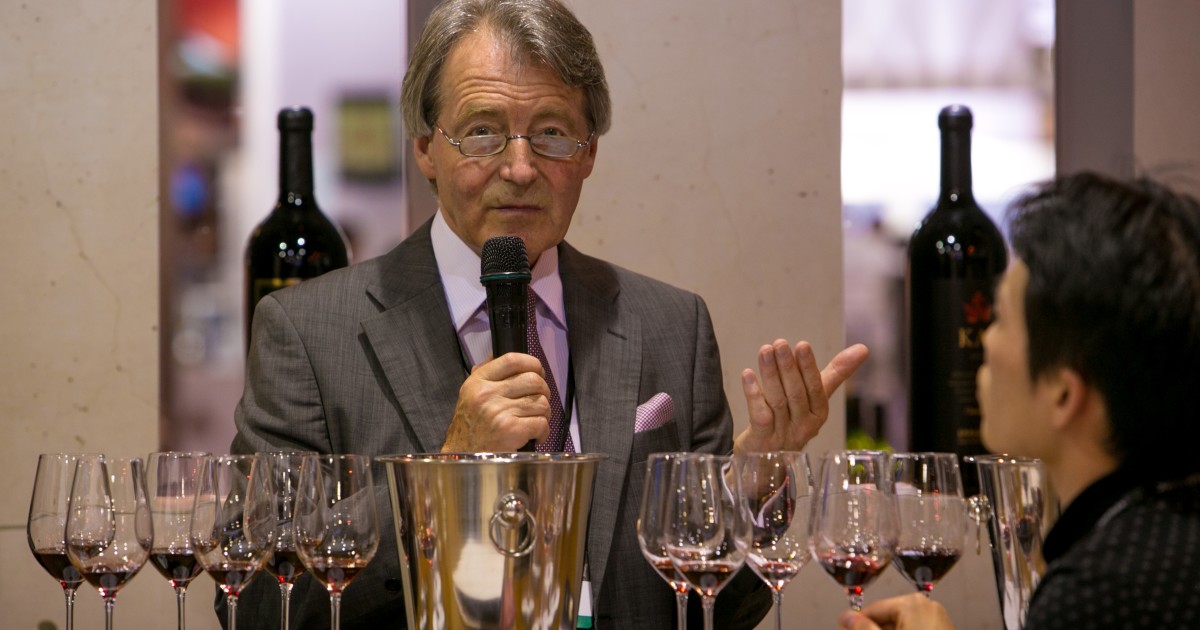 California was still awash in the Pepsi Generation in the 1970s and the fruits of the Napa Valley vineyards were still largely unknown outside the borders of the Golden State.

But Steven Spurrier helped change all that when he toured the Napa Valley wineries, marveling at the bass notes of the Cabernet Sauvignon and the buttery aftertaste of the Chardonnay his hosts offered him.

Inspired, he plotted out what he thought would be a friendly wine tasting in Paris to commemorate the bicentennial of the American Revolution, the best of the whites and reds in France against the upstarts from Napa Valley. He was certain it would end poorly for the California labels — Chateau Montelena and Stag’s Leap.

The French judges gathered in Paris and, one by one, sampled the Chardonnays and Cabernets in a blind tasting, making notes and jotting down their impressions. Several nodded knowingly when they took a sip of what they were certain was one of the aristocratic French labels — perhaps a Chateau Mouton-Rothschild or a Puligny-Montrachet.

When the scores were tabulated, the Napa Valley wines won every category and the judges were left mortified. One asked for her scorecard and notes to be returned, perhaps to distance herself from the contest. Another accused Spurrier of rigging the vote. Still another, the story goes, was sacked from his job as a sommelier, deemed a disgrace to his country.

“It’s hard to describe just how shocking this David versus Goliath outcome was,” wrote George Taber, a Time magazine correspondent and the lone journalist to attend what became known as the “Judgment of Paris.”

“In 1976, France was a massive force in the wine world, and California wasn’t even a blip.”

While French vintners slowly and largely silently digested it all, the outcome of the blind tasting proved to be a seismic moment in California that uncorked a multibillion-dollar industry and elevated the wineries of Napa Valley to the highest rungs of winedom. There are now more than 4,000 wineries in the state, and, by 2019, California’s annual wine sales had reached $43 billion. Tens of millions of cases of the California product are exported worldwide, Europe being the largest landing spot.

For Spurrier, the afterglow of the Judgment of Paris lasted a lifetime. His wine shop near the Seine thrived, he became an in-demand authority and he started his own vineyard in the chalky soil of Dorset in southwest England.

Forever a wine enthusiast, Spurrier died March 8 at age 79 at his home on the Bride Valley Vineyard, the winery announced. A cause of death was not given. He is survived by his wife, Bella, and two children.

Spurrier grew up in wealth in London. A sizable inheritance allowed him to thoroughly enjoy the 1960s. He met Jimi Hendrix, dressed like Austin Powers and hung out in the shops and pubs in Piccadilly Circus. But he insisted it was a single sip of 1908 Cockburn’s port that changed his life forever. He knew then that wine would be his life.

He moved to Paris, a tax exile, and bought a wine shop, Les Caves de la Madelleine, and a barge on the Seine that he converted into a houseboat. His interest in wine took him far beyond the boundaries of France, and eventually to Napa Valley in the spring of 1976, when a friend took him on a tour. He avoided better-known producers such as Robert Mondavi and Joseph Phelps and focused on small labels.

A month later, with the blind tasting approaching, Spurrier and his assistants turned their attention to a potential stumbling block — getting the wine into France. French customs officials were well known for halting wine shipments at the border on the general belief that grapes not rooted in France could not possibly yield decent wines.

Spurrier pondered having his assistants and even several vintners smuggle the wines in their suitcases. Finally, a friend persuaded TWA to stow three cases of wine aboard the jet that would take them to Paris.

The jarring results of the Judgment of Paris would probably have gone little noticed if not for Taber, the Time magazine correspondent who attended the event only because he was taking a course in wine tasting. Though only four paragraphs long, the article he wrote was transformative.

As the years passed, the near-mythical dimensions of the Judgment of Paris grew and grew until it reached Hollywood and was turned into “Bottle Shock,” a deeply fictionalized account of the tasting in which Spurrier is cast as a wine merchant desperately trying to save his shop with a gimmicky contest. For the sake of suspense, the wine turns a disturbing shade of brown as the hours tick away. And Stag’s Leap, one of the winning wineries of the famed tasting, is written out of the script altogether.

“The only true elements concerning me in the ‘Bottle Shock’ film are my name and those of my two companies,” Spurrier told the Toronto Star after the film premiered at the Sundance Film Festival in 2008.

In 2016 — 40 years after the Paris taste-off — Spurrier returned to Napa Valley to match his Bride Valley English Sparkling Blanc de Blancs against Boisset’s Russian River Valley Brut Blanc de Blancs. The Judgment of Napa, as the event was called, drew wine enthusiasts and vintners from across the valley.

And when the votes were tallied, California won again.

Home Videos The WORLD of WINE – Wine News. Cheap wine, tasting notes and cooking with wine The World of Wine – May 2021 … END_OF_DOCUMENT_TOKEN_TO_BE_REPLACED

How to visit Napa Valley on a Budget. In this video Carson and I explain a few ways to enjoy Napa on the cheap. Tip and advice about how to visit Napa … END_OF_DOCUMENT_TOKEN_TO_BE_REPLACED

Home Videos Get To Know Argentina Wine | Wine Folly If you love Malbec, Argentina is your ultimate wine region. But that’s not … END_OF_DOCUMENT_TOKEN_TO_BE_REPLACED