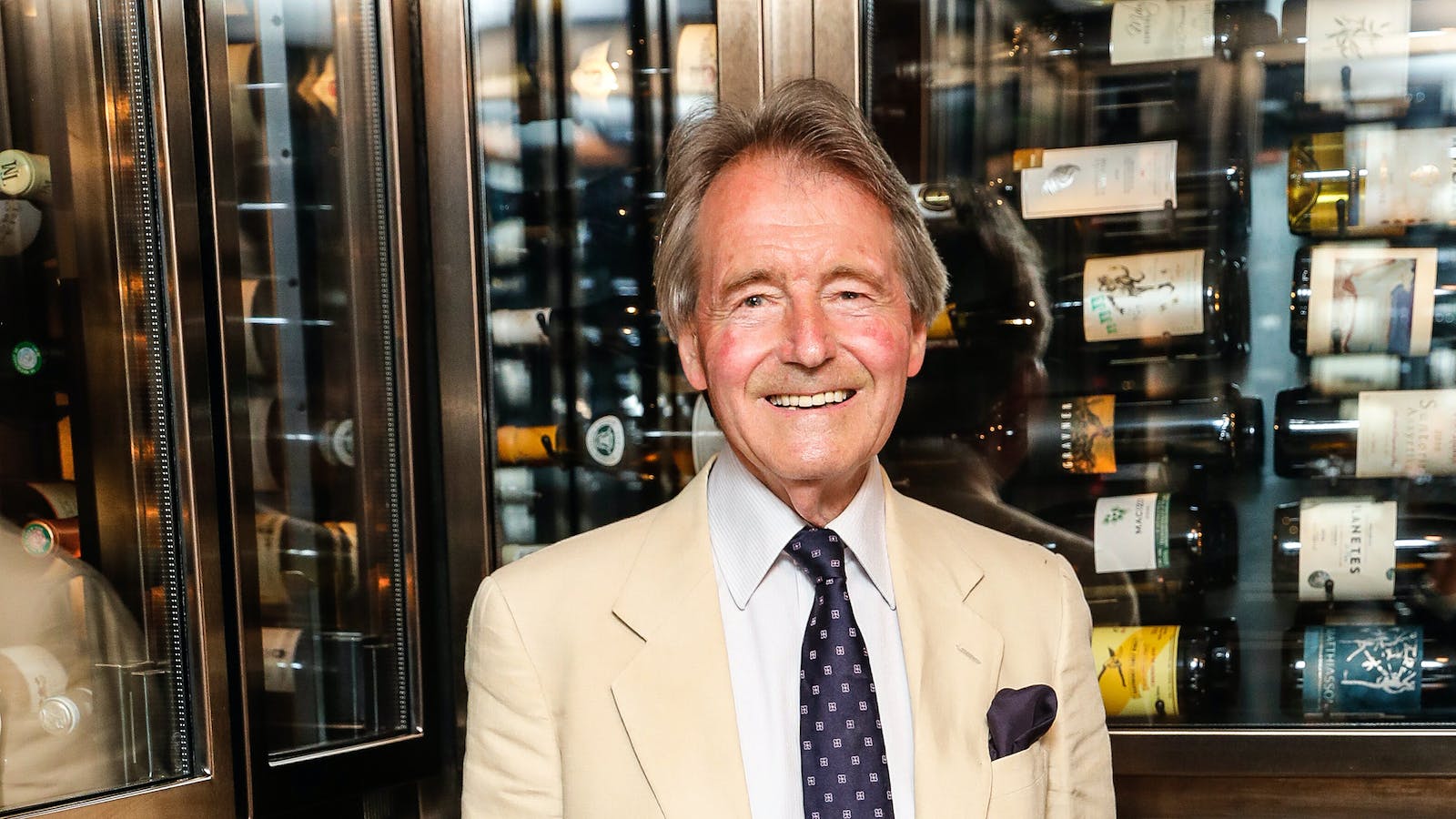 In a career that spanned more than half a century, Steven Spurrier helped build a bridge between the Old World of wine and an irrepressible, ever-growing new one. His death last week, at 79, prompted an outpouring of remembrance and affection.

Spurrier’s most famous exploit was a wine tasting he produced in Paris in 1976. As a way to celebrate America’s Bicentennial, the English wine merchant convinced a group of French experts to evaluate new wines from California.

Tasting blind, the experts scored some of the California wines higher than iconic examples from Bordeaux and Burgundy. George Taber, a reporter for Time magazine, immortalized the event as The Judgment of Paris.

The wine world suddenly got a lot bigger. And Spurrier—merchant, educator, writer and, finally, vintner himself—stayed in the forefront. Impeccably dressed, perfectly charming, he made a striking impression. In Bottle Shock, a 2008 film about the Judgment of Paris, Alan Rickman portrayed Spurrier as a kind of Inspector Cluseau of wine, bumbling yet ultimately triumphant.

I saw him as more of a James Bond character: impeccably dressed, perfectly charming, a bit of a rogue. He was an indefatigable traveler, and our paths crossed every now and then. Steven was engaging, knowledgeable, generous. And Bella, too, his equally impressive wife.

The Paris Tasting was only one among many ventures and adventures in Spurrier’s long and active life, albeit the most consequential. You can read about the others in his memoir, A Life in Wine, published in 2018.

The book paints a lively portrait of the wine trade in the 1960s. It was a time of transition, when the venerable merchants and old estates were beginning to give way to a more democratized and capitalistic approach to wine.

As a young man, Spurrier hosted notorious dinner parties; he details the great wines, at small prices, that regaled his friends. He traveled to the classic wine regions of Europe, usually as an “unpaid intern,” always in style. His friends then are legends today: Ronald Barton and Alexis Lichine in Bordeaux; Robert Drouhin in Burgundy, “Oncle Louis” Jaboulet in the Rhône.

In his twenties, Spurrier lived in the heart of “Swinging London.” He recounts meeting Jimi Hendrix at one of his house parties, but he was more Boodles than Beatles. Still, I can imagine Spurrier in a rock band. He certainly looked the part. He was game for anything. What if one of his “failures”—the screenplays, the restaurants, the nightclubs—had found huge success? They could have, should have. What of wine then?

Spurrier was born into privilege, but wore it lightly. He was fizzing with good ideas, but often wound up clutching the short end of the stick. Fortunately, a substantial inheritance cushioned the risks. Spurrier ruefully conceded that the small fortune he made in wine came at the cost of a rather larger one. But that seemed the least of his concerns.

And wine always called him back. For me, Spurrier’s richest legacy is his commitment to education, which reached a global audience through his wine school, L’Academie du Vin, founded in 1971.

The memoir reprints a few of the Academie’s tasting sessions, and their derisory prices. It sounds like heaven. In 1977, the offerings included a vertical of Musigny from Comte Georges de Vogüé; St.-Estèphe’s Château de Pez to 1945; and five Bordeauxs from 1928.

Spurrier always admired the classic wines, and he got to drink more of them than most of us. He was steeped in, and cosseted by, the fusty hierarchies of post-war France and England. He could have idled on his inheritance and still kept his cellar full.

Would the new wines have crashed through the old boundaries if Spurrier had not been there to push them along? Yes, of course. Vineyards in California, Chile and elsewhere had potential that would not be denied. Wine Spectator, founded in 1976, was also a strong voice educating wine lovers about the marvelous diversity of wine.

But Spurrier was there. And he never lost his taste for something new and different. His curiosity, openness to new experience, new people, new wines, helped him introduce a new era in wine culture.

Home Videos The WORLD of WINE – Wine News. Cheap wine, tasting notes and cooking with wine The World of Wine – May 2021 … END_OF_DOCUMENT_TOKEN_TO_BE_REPLACED

How to visit Napa Valley on a Budget. In this video Carson and I explain a few ways to enjoy Napa on the cheap. Tip and advice about how to visit Napa … END_OF_DOCUMENT_TOKEN_TO_BE_REPLACED

Home Videos Get To Know Argentina Wine | Wine Folly If you love Malbec, Argentina is your ultimate wine region. But that’s not … END_OF_DOCUMENT_TOKEN_TO_BE_REPLACED