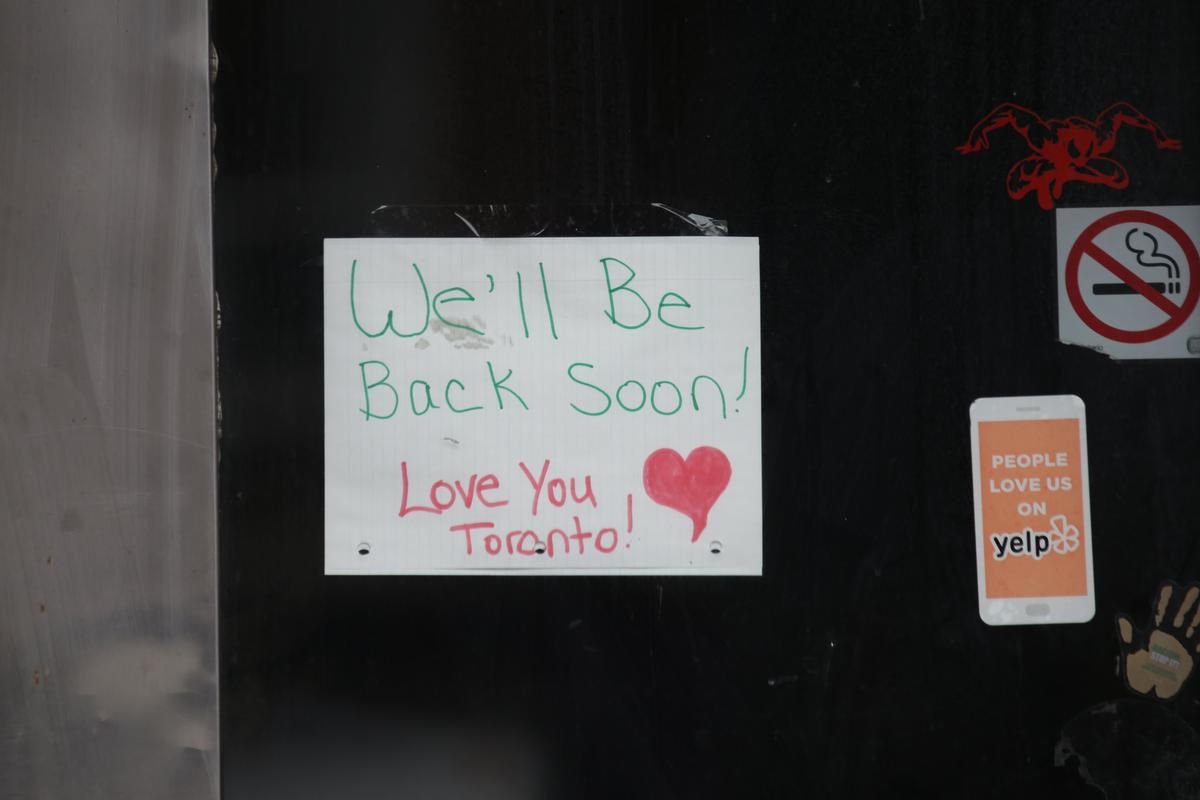 updateArticle was updated 3 hrs ago

The health unit for the popular Prince Edward County wine district is serving notice it wants most tourists to stay away when the Belleville area reopens for business Wednesday as Premier Doug Ford lifts COVID-19 stay-at-home orders on three eastern Ontario regions with low infection rates.

Medical officer Dr. Piotr Oglaza issued an order banning bookings for rooms, restaurants and personal care services such as haircuts or spa treatments from people living in parts of the province remaining under full restrictions.

The doctor cited the “immediate risk of an outbreak” from the virus and its more contagious variants, which are spreading in the GTA and elsewhere, if outsiders start flooding in to sip pinot noir and dine gourmet-style.

“It’s a good example of the preventative action that is going to be needed,” said Ontario Hospital Association president Anthony Dale.

He encouraged other health units, such as those with ski hills, to consider similar moves with reopenings expected to continue in the coming weeks.

Dale warned the provincial government risks repeating the mistakes of the past by easing COVID-19 restrictions on a region-by-region basis at a time when Ontario is more vulnerable than ever despite a steady decline in infections since Ford imposed a blanket stay-at-home order a month ago.

The order from Hastings Prince Edward Public Health appears to tackle that concern head-on in the absence of travel bans Ford has repeatedly said would be difficult to enforce.

Issued under Section 22 of Ontario’s Health Protection and Promotion Act, it comes with fines of up to $5,000 — a strong disincentive for hospitality workers to accept bookings with the Family Day long weekend approaching and international travel strongly discouraged.

Ford announced Monday he is also ending stay-at-home orders for health units covering the Kingston and Renfrew areas, moving them into the least stringent or green category of public health precautions starting Wednesday.

Gyms, all stores, restaurants and theatres will able to reopen there with some limits as the government looks to balance public health with the need for the struggling business community to pay its bills and get people back to work.

Another 28 health units could see restrictions eased to varying degrees next Tuesday followed by the traditional hot spots of Toronto, Peel and York as early as Feb. 22, although it’s expected Toronto would be moved to the highest or lockdown category at best.

While the premier reiterated Tuesday that “we need to stay home as much as possible,” the changes in the face of relatively high numbers of COVID patients in intensive care could quickly put the province back into jeopardy — something the province itself acknowledged with new “emergency brake” provisions to quickly close down regions if necessary.

“The virus will take advantage of every new opening we give it, especially with the variants,” said Dale, echoing fears from the Registered Nurses’ Association of Ontario and New Democrat Leader Andrea Horwath.

“We know people will travel into areas that are not locked down,” Horwath told a news conference Tuesday.

Even with Ford’s admonition to keep “bending the curve,” the province has sent a signal that it is reasonable for Ontarians to start thinking it’s OK to move further afield again, which will inevitably increase spread of the virus, Dale told the Star.

“That’s a big message from the last 11 months. Unless the communication is crystal clear it’s easy for anybody to be confused about what is the right thing to do.”

Although testing was low at just under 31,000 samples, Ontario reported just 1,022 new cases of COVID-19 on Tuesday and the seven-day moving average of 1,367 new infections is the lowest in almost three months, shortly before Toronto and Peel were pushed into lockdown in late November.

But hospitalizations and intensive care unit occupancy are much higher now than they were then.

Hospitalizations are about one-third higher at 909 with 359 intensive care, almost double the 170 in late November. The ICU number is not far below the recent peak of 420 last month, a level at which non-emergency surgeries were severely curbed and remain so in several areas.

“The situation is still brutal,” said Dale, noting health-care workers are exhausted after 11 months of the pandemic with little respite and vaccine deliveries slower than expected.

Local health units say they are keeping close watch amid warnings from advisers to the provincial government that variants could dominate in the next month, potentially creating a third wave worse than the first two in a pandemic that saw daily new cases peak at around 4,000 just a month ago.

“We will…not hesitate to put additional measures in place if rates of transmission increase in the region,” said Dr. Kieran Moore of the health unit serving the Kingston area.

Ontario reported eight new confirmed cases of the B.1.17 variant originally found in the United Kingdom, bringing the total to 227 on Tuesday. There are at least three cases of the B.1.351 variant from South Africa and one of the P.1 strain from Brazil.

Home Videos The WORLD of WINE – Wine News. Cheap wine, tasting notes and cooking with wine The World of Wine – May 2021 … END_OF_DOCUMENT_TOKEN_TO_BE_REPLACED

How to visit Napa Valley on a Budget. In this video Carson and I explain a few ways to enjoy Napa on the cheap. Tip and advice about how to visit Napa … END_OF_DOCUMENT_TOKEN_TO_BE_REPLACED

Home Videos Get To Know Argentina Wine | Wine Folly If you love Malbec, Argentina is your ultimate wine region. But that’s not … END_OF_DOCUMENT_TOKEN_TO_BE_REPLACED