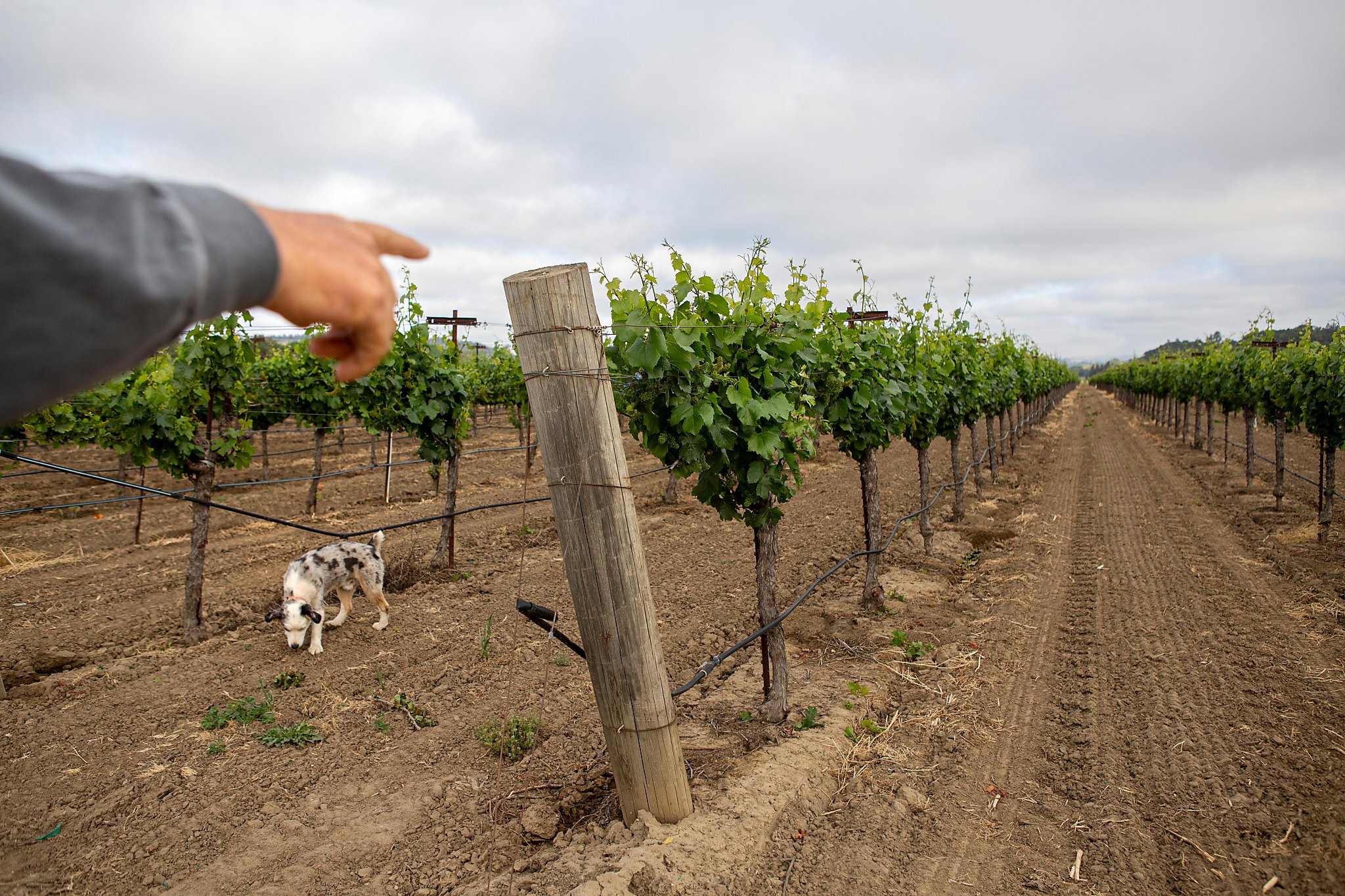 Several communities and hundreds of vineyards in California’s Wine Country are being cut off from their water supply because there’s not enough water to go around.

State regulators on Wednesday ordered nearly 1,000 water rights holders in the Russian River watershed to stop drawing supplies from the basin’s many rivers and creeks, as of June 1, the latest turn in California’s deepening drought.

The order means many small water agencies and scores of growers in Sonoma and Mendocino counties will have to fall back on stored water or other sources, if they have it, or go without water entirely. State officials say the restrictions will not apply when human health and safety are at risk, though the exceptions are made on a case-by-case basis and are yet to be issued.

At best, municipal suppliers will be allowed to continue diverting at least some water while agricultural users will not.

The area is a pillar of Northern California’s wine industry, known for its production of Pinot Noir and Chardonnay grapes, among others.

The curtailment order by the State Water Resources Control Board is the first widespread restriction of water rights since last decade’s five-year drought. It’s an extraordinary move that regulators rarely use.

The order applies to anyone in the upper Russian River basin whose water rights were obtained after Jan. 28, 1949, or about 930 rights holders. California’s water rights system gives those with older rights, as well as those with land next to a waterway, priority when rivers and creeks don’t have enough flow for everyone.

The state water board is responsible for determining when surface supplies run low — and how many junior water rights holders need to be curtailed to reserve water for senior rights holders.

“We need to implement the water rights system to protect supplies in case of another dry winter, which could transform the Russian River into a series of disconnected pools and restrict the availability of drinking water in the area,” said Erik Ekdahl, deputy director for the State Water Board’s Division of Water Rights.

Sonoma and Mendocino counties were the first in the state to be given a drought emergency declaration by Gov. Gavin Newsom, in April, which among other things, helps expedite curtailment orders.

Those who continue taking water in spite of the orders could face fines of up to $1,000 per day.

Home Videos The WORLD of WINE – Wine News. Cheap wine, tasting notes and cooking with wine The World of Wine – May 2021 … END_OF_DOCUMENT_TOKEN_TO_BE_REPLACED

How to visit Napa Valley on a Budget. In this video Carson and I explain a few ways to enjoy Napa on the cheap. Tip and advice about how to visit Napa … END_OF_DOCUMENT_TOKEN_TO_BE_REPLACED

Home Videos Get To Know Argentina Wine | Wine Folly If you love Malbec, Argentina is your ultimate wine region. But that’s not … END_OF_DOCUMENT_TOKEN_TO_BE_REPLACED