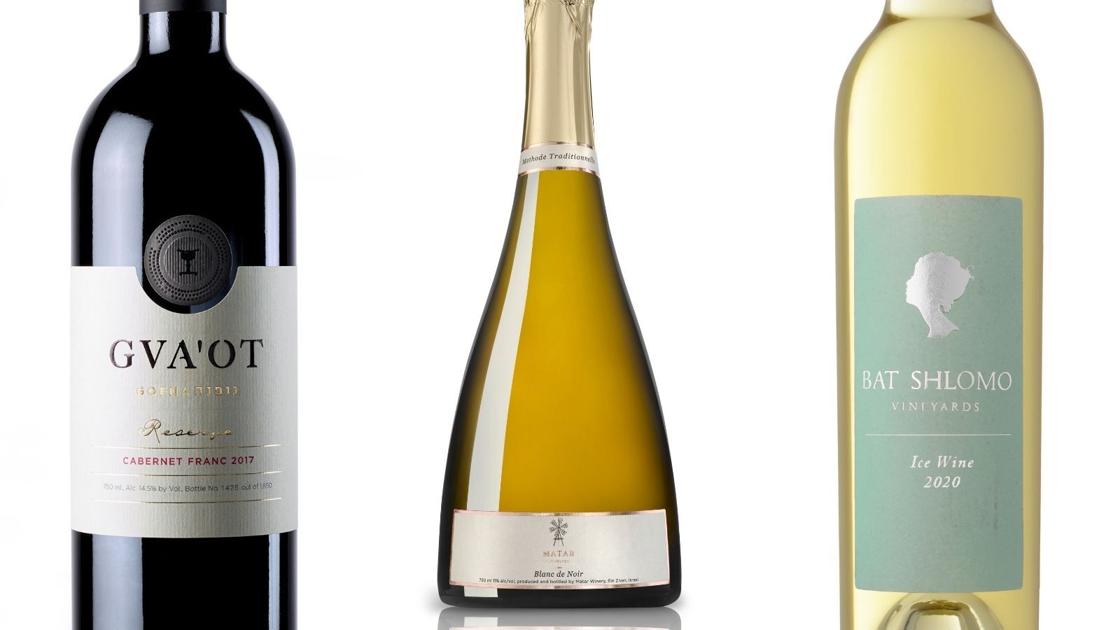 As one of the foremost wine experts in St. Louis, sommelier Alisha Blackwell-Calvert has been responsible for assembling wine lists at some of the city’s top restaurants. Passionate about turning people on to lesser-known bottles, one of her fondest instances of pushing people toward something new was when she highlighted an Israeli Cabernet at the former Reeds American Table.

“I had this cabernet from Gilgal [vineyards] in Galilee as our glass pour, and it was just so delicious,” Blackwell-Calvert recalls. “I wasn’t sure how people would react, but they loved it. The response was great, and I was so happy that St. Louis responded to a Cabernet that was not from France or the United States.”

Over her the course of her career – which includes national recognition for her wine know-how – Blackwell-Calvert has developed a fondness for Israeli wines, and she jumps at the opportunity to turn people on to them. As she explains, Israel has a long history of making wine, but it wasn’t until about ten years ago that the international marketplace started seeing wines that were geared toward the serious wine drinker. Over that time period, a few wine-makers have gained reputations as competitors on the global scale, something Blackwell-Calvert feels is long overdue.

When educating people about Israeli wine, Blackwell-Calvert likes to point out an attention-grabbing fact about the origins of the country’s modern wine industry. Founded by Baron Edmond James de Rothschild, the Israeli wine scene has the same roots as the iconic Bordeaux estate, Chateau Lafite Rothschild, which is considered one of the top wine producers in the world. In the late 1800s, Rothschild established Carmel Winery, which still stands as one of the top wine producers in Israel.

Though Galilee, where Carmel was originally established, is considered the most prominent growing region in Israel, Blackwell-Calvert points out the four others that make up its five-region cultivation area. These include the Judean Hills, Samson, the Negev Desert, and Shomron. Though each region has its highlights, she typically guides people toward wines from Galilee because of its volcanic soil, which is ideal for grape-growing. Because of this, it the area best suited for producing high-quality wines and deserving of its reputation.

For those wanting to explore this exciting wine region, Blackwell-Calvert directs them toward a few of her favorite producers. The first is Yarden, a vineyard located in the Golan Heights, that makes wines she describes as “seriously crushable.” She is especially enthusiastic about its Chardonnay, which is perfect for wine-drinkers who like a style with just a kiss of oak. She also recommends Yarden’s Cabernet and Petit Verdot, which she notes are “reserved and spicy and herbal,” much like the wines you’d find in Spain, Portugal or mid-country Italy.

Gilgal wines, also from the Golan Heights, are another favorite. Described as a “Cab drinkers Cab,” Blackwell-Calvert loves Gilgal’s Cabernet for its characteristic structure and fruit. Barkan Wines, located in the Judea Plain, is another label to look for and is known for varietals from Cabernet and Merlot to Pinotage and Gewürztraminer.

Though Israeli wines are growing in popularity, they are not always easy to find. In addition to shops like Kohn’s, Blackwell-Calvert recommends looking for bottles at Parker’s Table, the Wine Merchant or the Wine and Cheese Place. If these shops do not have exactly what you are looking for, they are always happy to order it for you. She also suggest checking out the wine lists at restaurants like Vicia and Little Fox, who typically carry more geographically diverse wines than what is the norm.

However you find them, Blackwell-Calvert insists that Israeli wines are an exciting addition to the global wine conversation and worth seeking out.

“I think it is important to support the producers like these, because they can be just as delicious as the big labels we are familiar with,” Blackwell-Calvert says. “I just want people to drink well – find something delicious that you find good and enjoy it. Every wine has its own story, and we can’t let only the well-known ones tell it.”

Home Videos The WORLD of WINE – Wine News. Cheap wine, tasting notes and cooking with wine The World of Wine – May 2021 … END_OF_DOCUMENT_TOKEN_TO_BE_REPLACED

How to visit Napa Valley on a Budget. In this video Carson and I explain a few ways to enjoy Napa on the cheap. Tip and advice about how to visit Napa … END_OF_DOCUMENT_TOKEN_TO_BE_REPLACED

Home Videos Get To Know Argentina Wine | Wine Folly If you love Malbec, Argentina is your ultimate wine region. But that’s not … END_OF_DOCUMENT_TOKEN_TO_BE_REPLACED