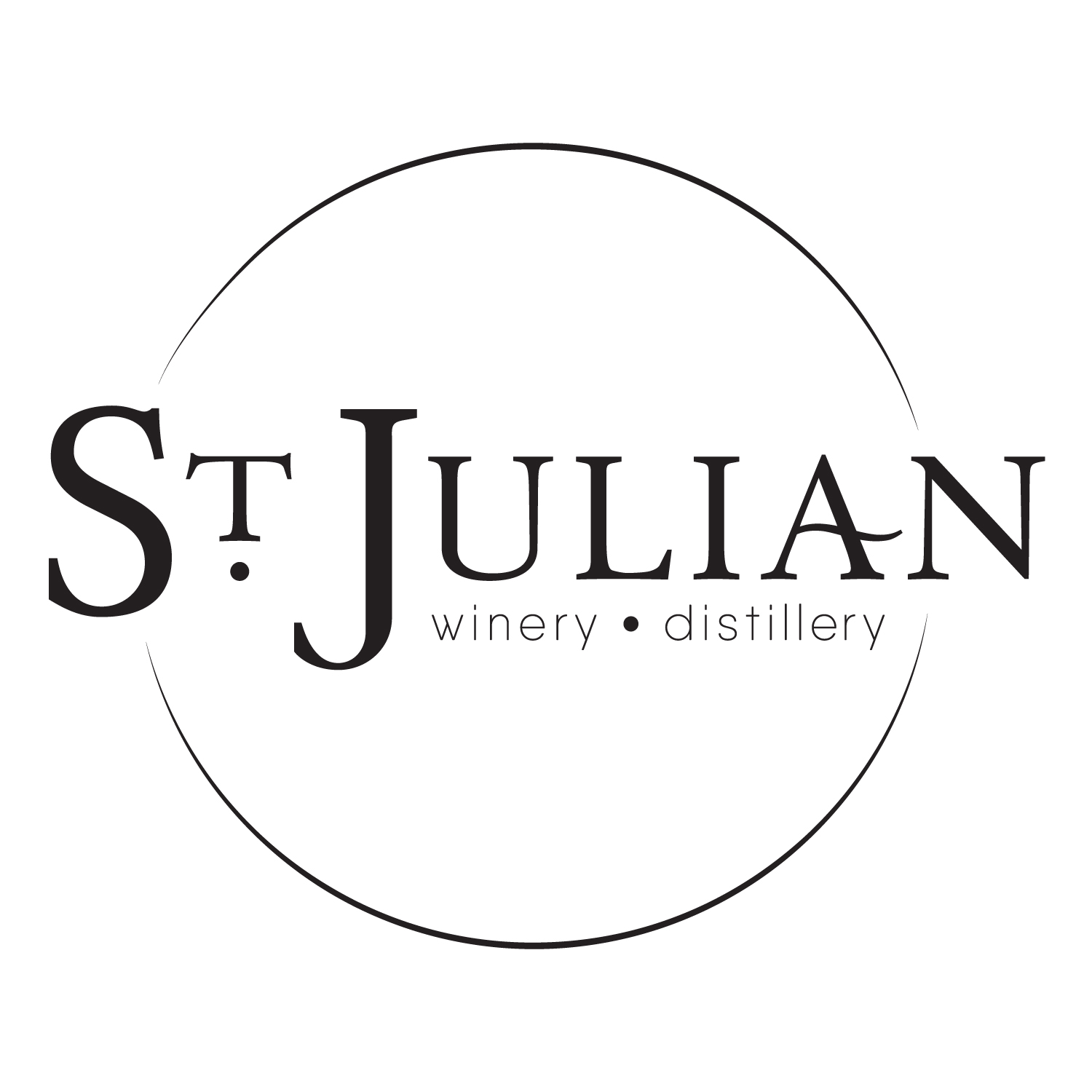 March 3rd – (PAW PAW, Mich)—Founded in 1921 by Mariano Meconi, St. Julian Winery has successfully adapted and changed with the times to get where it is today. As the longest-operating winery in the state of Michigan, St. Julian has continued to pioneer winemaking and spirit production through a variety of challenges and hardships.

“We have survived Prohibition, wars, The Great Depression, The Great Recession, fires, family tragedies, a pandemic, and countless other challenges over our 100-year timeline,” says John Braganini, President of St. Julian Winery. “As we move into our next century of opportunity, we have positioned the company for an exciting journey.”

To celebrate the landmark accomplishment, the winery is releasing six special edition 2019 Cabernet Sauvignons, all of which hail from Mountain Road Estate Vineyard. Named the St. Julian Centennial Series, each of the wines begins the same – but the first five in the series are then aged 14 months in French oak barrels from different cooperages, yielding delightfully different results:

Finale, the ultimate ode of the centennial, is a masterfully blended compilation of the five other wines in the St. Julian Centennial Series. This wine celebrates the convergence of nature, science, and art in winemaking. Intricate and layered, its cherry, currant, and mulberry flavors combined with great acidity and medium tannins is the definition of a perfect finale.

These limited-edition wines – just 20 cases of each – will be released later this year exclusively at St. Julian tasting rooms for $100 a bottle ($85 for Wine Club Members). St. Julian will also offer 100 wooden boxed sets that include all six wines for $499 ($424 for Wine Club Members). A Centennial Anniversary Celebration is expected to be held later in the fall, including the release of these special wines. This special ticket event will allow consumers to learn how barrels are a winemaker’s “spice rack” as well as taste the differences between barrel styles. The Braganini family will also be present to celebrate 100 years of defining Michigan wine.

St. Julian is also excitedly looking ahead to the next 100 years of wine, cider, and spirit making in Michigan. Building off a 10-year growth plan that was originally laid out in 2016, paramount in their initiatives is undertaking a $20 million expansion and modernization of their winemaking facility, which is already the largest in the state. These efforts will bolster their goal of reaching 500,000 cases per year, according to Braganini.

Growth is expected in additional areas as well. A new tasting room is in the works – bringing the total number to seven. The winery also plans to add growers from the Leelanau Peninsula Appellation to their network, bolstering the current portfolio that is set to process 59 grape varietals in 2021, mostly from the Lake Michigan Shore Appellation.

For 100 years, the iconic St. Julian Winery & Distillery has been making wine, cider, and spirits in a range of styles to meet every customer’s taste. Now helmed by third and fourth generation Braganini family members, the company is committed to making authentic wine from the Lake Michigan shore. As the largest and best-known winery in Michigan, St. Julian has led the local industry in both innovation and quality from the very beginning. From its wildly popular Red Heron and Blue Heron wines and the Braganini Family Reserve Wines, to its growing line of distilled spirits, ciders and sparkling juices, St. Julian has something for everyone. St. Julian currently operates tasting rooms in Dundee, Frankenmuth, Troy, Rockford, and Union Pier, with a new location announcement coming later this year

Home Videos The WORLD of WINE – Wine News. Cheap wine, tasting notes and cooking with wine The World of Wine – May 2021 … END_OF_DOCUMENT_TOKEN_TO_BE_REPLACED

How to visit Napa Valley on a Budget. In this video Carson and I explain a few ways to enjoy Napa on the cheap. Tip and advice about how to visit Napa … END_OF_DOCUMENT_TOKEN_TO_BE_REPLACED

Home Videos Get To Know Argentina Wine | Wine Folly If you love Malbec, Argentina is your ultimate wine region. But that’s not … END_OF_DOCUMENT_TOKEN_TO_BE_REPLACED