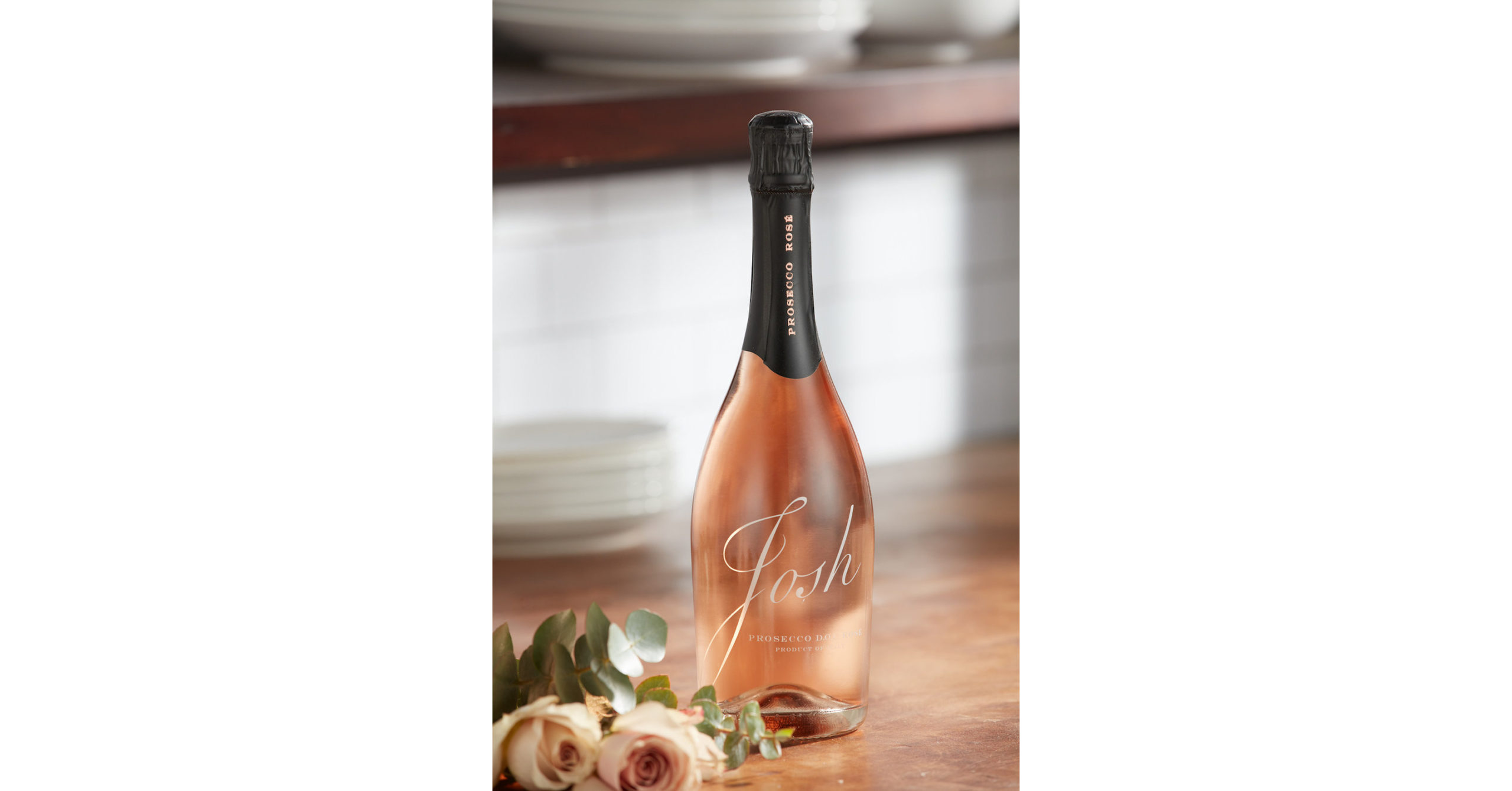 “We all have reasons to toast those we love, maybe now more than ever,” says Joseph Carr, founder of Josh Cellars. “Our new Prosecco Rosé is a way to celebrate and express genuine gratitude for simple, everyday moments, together in person or virtually.”

Until last year, Prosecco Rosé was neither permitted nor even possible. Prosecco production is tightly controlled by Italian wine officials to ensure superior quality, making it similar to wines of the Champagne region. To clearly differentiate Prosecco Rosé from other bubbly selections, winemakers must follow specific guidelines related to sourcing and production.

All Prosecco is made in a specific region of northern Italy, with at least 85% Glera grapes. While many Americans may not recognize the name, Glera’s wine roots go back to the Roman Empire. Notably, Glera ripens later than some other grapes, providing a higher acidity ideal in sparkling wine.

Previously, Italy permitted winemakers to blend only white grapes to produce Prosecco. Last year, Italian wine officials changed the rules, allowing for up to 15% Pinot Noir, a red grape. Pinot Noir enables the production of outstanding sparkling wines and it is often used in some of the best white and rosé Champagnes.

Josh Cellars Prosecco Rosé (MSRP $14.99) can be purchased directly at JoshCellars.com and through retailers nationwide.

Initially called W.J. Deutsch & Sons Ltd., the company was founded in 1981 by Chairman Bill Deutsch to market quality wines produced by prestigious families from major wine regions of the world. In 2009, it announced the expansion of the award-winning company to include a spirits portfolio. Today the company is renowned for its brand-building prowess and its ability to meet the needs of the modern consumer. Bill’s son Peter Deutsch is CEO; thus, two generations of the Deutsch family work side by side in their continuous quest to build strong brands and relationships throughout the wine and spirits industry.

Home Videos The WORLD of WINE – Wine News. Cheap wine, tasting notes and cooking with wine The World of Wine – May 2021 … END_OF_DOCUMENT_TOKEN_TO_BE_REPLACED

How to visit Napa Valley on a Budget. In this video Carson and I explain a few ways to enjoy Napa on the cheap. Tip and advice about how to visit Napa … END_OF_DOCUMENT_TOKEN_TO_BE_REPLACED

Home Videos Get To Know Argentina Wine | Wine Folly If you love Malbec, Argentina is your ultimate wine region. But that’s not … END_OF_DOCUMENT_TOKEN_TO_BE_REPLACED