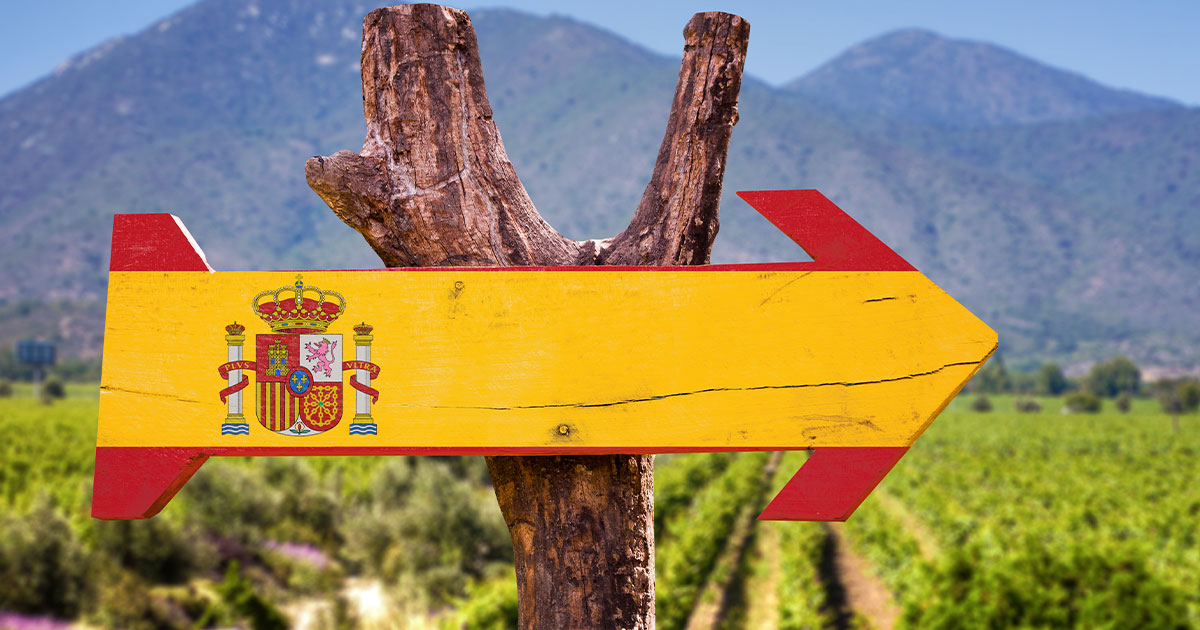 When it comes to the amount of land dedicated to vineyards, Spain wears the crown as the most vine-swept country on earth. It is also the third-largest producer of wine in the world, closely following France in its output. However, it rarely gets as much attention as its famous neighbours, despite making a variety of high-quality styles. Remedy that by getting to know Spanish reds ahead.

Spain has been producing wine for thousands of years, and wine grapes are grown throughout this country. For reds, some Spanish wine regions to investigate follow. 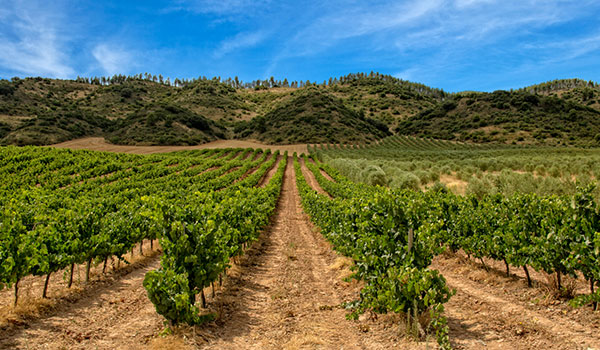 Catalonia: Thanks to its proximity to the vibrant capital of Barcelona and inviting position alongside the Mediterranean coast, this region is one of the celebrities of Spanish wine. It’s cava country, but it also has a cult-like following for reds out of places like Priorat and Penedes. Garnacha, aka grenache, and syrah are the stars. Glasses of rosé by the sea are also part of the package.

Rioja: There is an embarrassment of wine riches to be found in this sprawling region, with its mix of climates and terrains. The red wines of Rioja include tempranillo, garnacha, graciano and carignan in celebrated red blends. Red wines from here cover the spectrum from lean and high acid to opulent and soft, young and fresh to aged and complex.

Galicia: This part of the country is known as ‘Green Spain’, as the landscape is undulating and lush, with rivers, valleys, rugged coastlines and rolling hills. It’s best known for its crisp white albarino, but it’s also responsible for aromatic reds such as mencia.

Castilla y Leon: This large wine-producing area of Spain houses an array of regions across its rocky mountains and dusty plains. There are intriguing reds to be found, including the renowned tempranillo of Ribera del Duero and perfumed mencia of Bierzo.

Navarra: This red wine-dominant region is equally as diverse and fascinating as its powerhouse next-door neighbour, Rioja, and should not be overlooked. Garnacha is the standout local variety, used for reds and rosé. Producers here also play with international varieties like cabernet.

Castilla-La Mancha: A short trip from Madrid lies the majority of Spain’s vineyards, in Castilla-La Mancha. The dry, desert-like plains of the area provide the bulk of the country’s table wines, producing predominantly reds but also grapes for brandy. Tempranillo is a leading variety, with some of the best coming from Valdepenas. The style of tempranillo from central Spain is richer in colour and flavour than those from popular places in the north, such as Rioja. There are also international grapes like cabernet sauvignon, merlot, petit verdot and syrah in the ground.

Valencia: While potentially better known for its orange trees than its grapevines (there’s even a speciality local wine made from oranges), Valencia is not to be underestimated as an integral part of Spain’s wine production. Aside from being an incredibly pretty place, with plenty of lively flamenco clubs to visit, the wine-growing areas surrounding Spain’s third-largest city are planted to bobal, monastrell, garnacha, tempranillo, and more.

Murcia: This smaller, more under-the-radar region in the southeast of Spain is best known for its bold monastrell wines. It’s a hot area, with sandy soils, and the sturdy, later-ripening monastrell grape is well suited to this environment. It’s home to three significant DOs (see information on what a DO is below) that can produce ageworthy, complex reds.

As with most of Europe, Spain is governed by an appellation system. Here’s a snapshot for deciphering the labels of wines from Spain:

VP: Vino de Pago is one of the newest classifications in Spain and an exciting quality stamp for single-vineyard wines. It is different from the DOP and DO in that regions don’t govern it, rather it’s determined by the individual approaches of wineries.

VdIT and IGP: Vino de la Tierra (VdIT) and Indicacion Geografica Protegida (IGP) indicate wines from places outside of the DOP and DO designated zones. These can offer top quality and value, but are free from some of the prohibitive rules of the DOP and DO.

Vino de mesa: Translating to ‘table wine’, the vino de mesa classification signifies simple, rustic wines that don’t need to get bogged down in specifics such as grape variety, region or vintage.

Ageing is also an important part of the classification system in Spain. Some of the rules around oak and bottle maturation mean for lovers of complex, cellared reds, Spain is a good place to look. Here are some of the terms to seek out on the bottle label:

Crianza: A fresher style, aged in oak for a minimum of one year before a year of bottle maturation. These wines are often great value and food-friendly, given their lesser oak influence – try a crianza red for your next dinner party.

Reserva: A step up from crianza, the age requirements for a reserva red are one year in oak and a further two in either barrel or bottle.

Gran reserva: This type of wine has the most extensive ageing process, requiring two years of barrel maturation and at least another three years of ageing in the bottle, making it at minimum a five-year-old wine by the time you see it on shelves.

Spain is home to some of the world’s greatest red wines, just waiting to be discovered. If you enjoy luscious, affordable styles, you’re in the right place. The wines of Spain offer unbeatable value, and you’ll find many Spanish reds priced under $20. Even the most premium Spanish wines can be picked up for a steal. As well as that, given the important role wine plays in Spanish dining, most styles are a natural fit at the table – just add tapas.

Tempranillo is to Spain what shiraz is to Australia – the favourite child, its varietal star. While it’s grown all over, some of its most important homes are Rioja, where it is combined with garnacha, carignan and graciano to create highly coveted red blends, and Ribero del Duero, famed for its plush, single-variety styles. Tempranillo can show cherry, plum and dried fruit flavours, and often some herbal and spicy notes.

In Australia: Tempranillo is among the top 10 red wine varieties and accounts for 13 per cent of the annual crush, according to the latest National Vintage Report by Wine Australia. The style at home can range from medium-bodied and red-fruited to more powerful, full-bodied types.

While the origins of this variety are unclear, garnacha, as it’s locally known, plays a crucial role in the red wine production of Spain. It is said to have gotten its start in the north of the country, in Aragon, and there, Navarra and Rioja are top areas for the variety. Some of the most prized garnacha wines from Spain are elegant styles made from low-yielding old vines.

In Australia: Grenache is on the rise in our warm and dry wine regions, with more and more local wineries investing in serious, single-variety styles. With it now being Australia’s sixth-most popular red variety, the numbers reflect that growth. The star of Australian grenache was given the nod by James Halliday recently when he named it his Wine of the Year.

This variety was born in Spain, but the French adopted it under the names mourvedre and mataro (and so did Australia). It offers firm structure, rich black fruits, and complex spice, and southern Spain’s Murcia champions the variety unlike anywhere else.

In Australia: This variety is most popular as a blending component, and you probably know it best as the ‘M’ in ‘GSM’. Some have tackled using this red grape for single-variety wines, with a standout example being Hewitson, which claims vines in the Barossa Valley that are among the oldest in the world. Monastrell (aka mourvedre/mataro) was one of Australia’s top 10 red varieties in 2018, just knocked off the list by malbec in 2019.

This aromatic, medium-bodied red originated in northern Spain, and it’s there that it has largely stayed. It is fresh and approachable in style, and plantings are increasing as growers recognise the versatility of the variety.

In Australia: While it’s in limited production, there are some vineyards in Australia planted to mencia, particularly in McLaren Vale.

Rioja is the heartland of this fragrant red grape, which features good colour, acidity, mouth-feel and attractive red-fruit flavours. In Rioja and nearby Navarra, it’s popularly used in blends, but it can make interesting single-variety wines that are bright and with a slightly savoury edge.

In Australia: Graciano has had a surprising place in Australia for almost 100 years, with Brown Brothers planting vines in the 1920s. Today, while the production is still small, many have seen its potential and followed suit, with producers from Margaret River to McLaren Vale using the variety.

Native to Valencia in the south of Spain, bobal is a variety that produces structured, richly coloured and flavoured wines.

In Australia: While a significant variety within Spain, bobal is not much of a traveller, and it has largely stayed put. That said, given its lush style and tenacious nature, it is perhaps one that will be considered by local producers in the future.

The regions of Australia where Spanish reds grow

The warmer areas of Australia are your best bet for Spanish reds. Riverina, Riverland and Murray Darling grow the bulk of these varieties, but other places specialise in them on a smaller scale. South Australia is a bit of a hub for Spanish reds, and the Barossa Valley and McLaren Vale lead the way. That said, you’ll find Spanish-style reds scattered around the country – from the Strange Birds of the Granite Belt to the hot plains of the Hunter Valley. 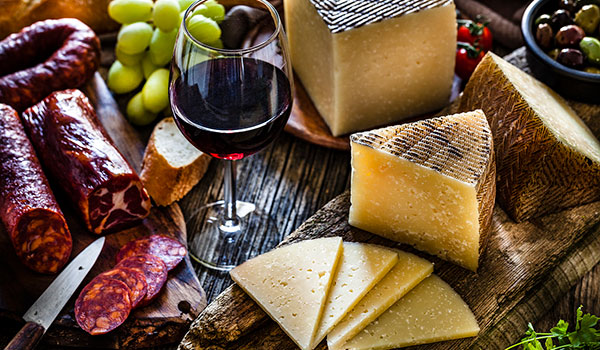 The sumptuous style of Spanish reds, which typically have some earthy complexity, make them a natural fit with the rich, meaty dishes of their origin, as well as with cuisines like Mexican and Italian. Think hard cheeses, cured sausages, barbecued foods, red sauces, roasted vegetables and succulent, slow-cooked meats. With Spain’s lighter red wines, such as mencia and those from cooler regions, you could even try fatty fish such as salmon.

Home Videos The WORLD of WINE – Wine News. Cheap wine, tasting notes and cooking with wine The World of Wine – May 2021 … END_OF_DOCUMENT_TOKEN_TO_BE_REPLACED

How to visit Napa Valley on a Budget. In this video Carson and I explain a few ways to enjoy Napa on the cheap. Tip and advice about how to visit Napa … END_OF_DOCUMENT_TOKEN_TO_BE_REPLACED

Home Videos Get To Know Argentina Wine | Wine Folly If you love Malbec, Argentina is your ultimate wine region. But that’s not … END_OF_DOCUMENT_TOKEN_TO_BE_REPLACED