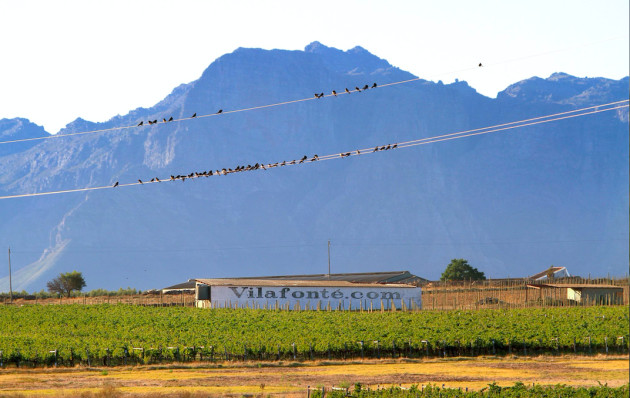 If Bordeaux declares another ‘vintage of the century’ in 2021, then eyes will undoubtedly roll.

Flip the coin to South Africa and you’ll encounter a little more humility. Our friends and colleagues in the Western Cape tend to be more circumspect about excessive hype,particularly when the industry is facing such a myriad of challenges.

Nevertheless, the tentative word on the street is that the 2020/21 growing season has created some spectacular wines. It is being touted as one of the Cape’s greatest vintages – easily on par with 2015.

Knee-deep in malolactic, producers in Stellenbosch, Hemel-en-Aarde and Constantia are buzzing with excitement, despite the on-going Covid drama.

“We are particularly optimistic about the vintage – we had great winter and spring rain and the canopies looked unusually healthy. This led to a crop of small and remarkably healthy berries,” reports Anthony Hamilton Russell of Hamilton Russell Vineyards.

“The wines we have in the cellar are particularly pure and intense at this point. Our Chardonnay has a wonderful texture, length, depth (and breadth) of flavour without being big and blowsy, while the Pinot Noir has clean, dark, spicy fruit. My personal view at this early stage is that it is one of the very best of 30 vintages that I’ve seen at Hamilton Russell Vineyards.”

According to Mike Ratcliffe, managing partner at Vilafonte vineyards in Stellenbosch, the vintage marked “a welcome return to normal”.

South Africa’s growers have been plagued with drought and hydric stress over the last few vintages, factors which were mercifully absent during the past six months. Winemakers are celebrating a season which saw fruit ripen at an even and leisurely pace.

“We saw a consistent 45 days from veraison to harvest in our Merlot and Cabernet Sauvignon. Berry sugar variability was remarkably low, minimising the need for in-bunch and post harvest sorting. Acidity was elevated and sugar ceilings muted with excellent potential for wines of exceptional balance and longevity – 2021 is a benchmark year,” says Ratcliffe.

The commencement of the harvest at leading Stellenbosch winery DeMorgenzon is one of the latest in the farm’s history. Their viticulturist Danie De Waal is a 7th generation De Waal; his father still takes a keen interest in the running of the property. De Waal senior has harvest records which date back to the 1940’s. He told Harpers that since 1979, only three other vintages have started after the 12th February in the Stellenbosch valley.

“The cold and wet winter we experienced in 2020 and the late snow on the mountains surrounding Stellenbosch until late in September had a delaying effect on budburst and the entire growth and ripening cycle of the vine. The net result was a harvest that began up to two weeks later than the last six years, a significant difference,” explains DeMorgenzon’s winemaker Adam Mason.

He continues: “The white varieties came in with very good acidity, and wonderfully complex, ripe flavours albeit at slightly lower sugar ripeness than would be expected. What strikes me about the red varieties is their incredible colour, their bright fruit character and firm, densely structured tannins. I am of the opinion that this is a vintage that will produce excellent wines across the spectrum.”

Alexander Waibel, owner of Constantia Glen winery, also told Harpers that “2021 is looking like a great vintage. The whites are in and they look spectacular. We had a wonderful summer with cool days.”

However, the memory of recent events has not yet faded. Since Covid-19 became a global reality, bad news has become more ubiquitous in the Western Cape than bratwurst in Berlin. The most recent bans on domestic alcohol sales hit the industry hard, causing widespread job losses and hardship.

“We are definitely suffering, but our producers are both resourceful and resilient. I do believe that domestic sales will not be banned again, perhaps just limited and controlled from time to time,” says Hamilton Russell.

“The coming year or two will see discounting as unsold wine is ‘flushed’ – probably worldwide. But the people to feel for are those who lost their jobs, often less well resourced labourers. There has certainly been fairly significant downsizing in the industry.”

According to the wine organisation Vinpro, certain sectors of industry are facing an unprecedented problem with oversupply. Prior to the 2021 harvest, there were approximately 640 million litres of wine being held by companies across the Cape. Many of the larger firms have conceded that there was insufficient cellar space to accommodate the expected yields in 2021.

“These excess stocks will have to go into industrial wine and distillate,” says Tim Hutchinson, executive chairman at DGB.

“A number of the big production cellars have planned to use a significant percentage of their production for grape concentrate destined for the fruit juice industry, which hopefully reduces the size of the problem.”

But South-Africa’ s premium and super-premium firmament do have cause to smile. Or at least, breathe a sigh of relief.

The latest export data issued by Wines of South Africa shows that the overall value of South African exports increased by 7.7% to just over nine billion Rand last year. Nations which saw a positive uplift in value sales included the UK (28%), The Netherlands (19%), the US (12%) and Sweden (17%).

“Although the industry is facing a turbulent period, it would appear that total exports were only 0,2% down on 2019’s export figures,” says Ratcliffe.

“Despite a drop in volume at lower price points, it is heartening to see continued growth in the premium and super-premium segments, with very solid growth in value and volume.”

It’s about time our friends in the Cape had some good news.

Home Videos The WORLD of WINE – Wine News. Cheap wine, tasting notes and cooking with wine The World of Wine – May 2021 … END_OF_DOCUMENT_TOKEN_TO_BE_REPLACED

How to visit Napa Valley on a Budget. In this video Carson and I explain a few ways to enjoy Napa on the cheap. Tip and advice about how to visit Napa … END_OF_DOCUMENT_TOKEN_TO_BE_REPLACED

Home Videos Get To Know Argentina Wine | Wine Folly If you love Malbec, Argentina is your ultimate wine region. But that’s not … END_OF_DOCUMENT_TOKEN_TO_BE_REPLACED