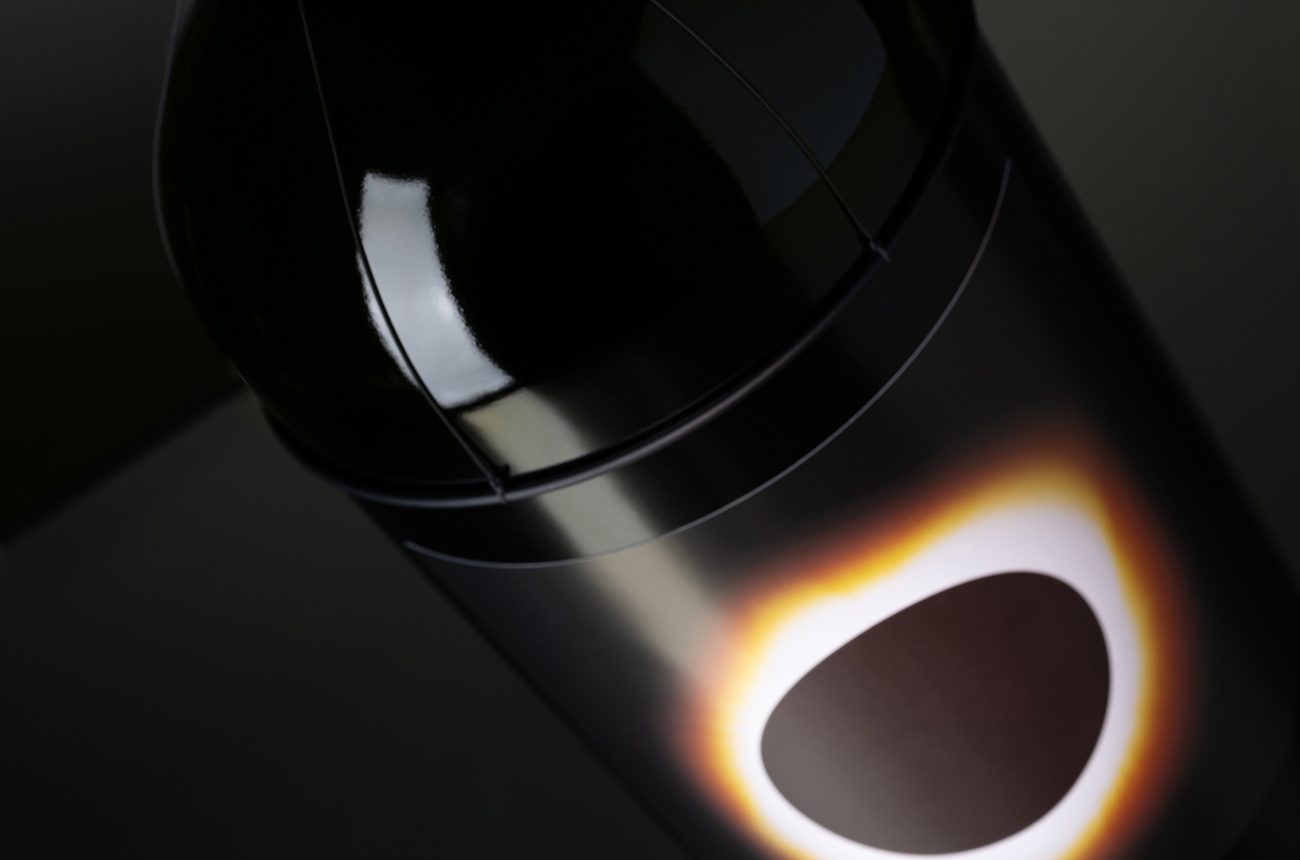 A series of wine labels under the theme ‘Solare’ have been designed by Argentinian artist Tomás Saraceno to mark the Ornellaia 2017 vintage.

This is the 12th edition of Ornellaia’s Vendemmia d’Artista, where a different artist is commissioned each year to design limited edition labels for the Super Tuscan wine.

Twelve lots of Ornellaia 2017 with the limited-edition labels were set to be auctioned online at Sotheby’s, starting today (1 September) and ending 9 September.

Saraceno said that the ‘Solare’ them was intended to urge people to reflect on their impact on the planet.

The Vendemmia d’Artista 2017 label, which will be found on one bottle in every six-bottle case of Ornellaia 2017, is made from thermochromic paper.

Changing colour as it warms up in your hand, it’s designed to encourage buyers to consider the impact of humanity on the planet, according to the auction brochure.

The most highly anticipated of the 12 lots being auctioned by Sotheby’s is a one-off Salmanazar (12-litre bottle) sculpture called ‘Pneuma 4.21 x 105’, with a floating sphere and thin black lines which are anchored to the neck.

This lot also included a visit to the estate, with an overnight stay and harvest experience. It is expected to sell for between £30,000 – £60,000.

Other lots include nine, six-litre Imperials with labels depicting the phases of the solar eclipse, and a unique vertical of the last six vintages of Ornellaia, bedecked in their Vendemmia d’Artista labels.

All profits from the auction will go to the Solomon R Guggenheim Foundation’s ‘Mind’s Eye’ program which helps blind and partially sighted visitors experience art using all their senses.

Tomás Saraceno was born in 1973 in Argentina. His artwork is inspired by the concepts linking art, life science and the social sciences.

The 2016 vintage was designed by American artist Shirin Neshat, and the 2015 by South African artist William Kentridge.

Home Videos The WORLD of WINE – Wine News. Cheap wine, tasting notes and cooking with wine The World of Wine – May 2021 … END_OF_DOCUMENT_TOKEN_TO_BE_REPLACED

How to visit Napa Valley on a Budget. In this video Carson and I explain a few ways to enjoy Napa on the cheap. Tip and advice about how to visit Napa … END_OF_DOCUMENT_TOKEN_TO_BE_REPLACED

Home Videos Get To Know Argentina Wine | Wine Folly If you love Malbec, Argentina is your ultimate wine region. But that’s not … END_OF_DOCUMENT_TOKEN_TO_BE_REPLACED