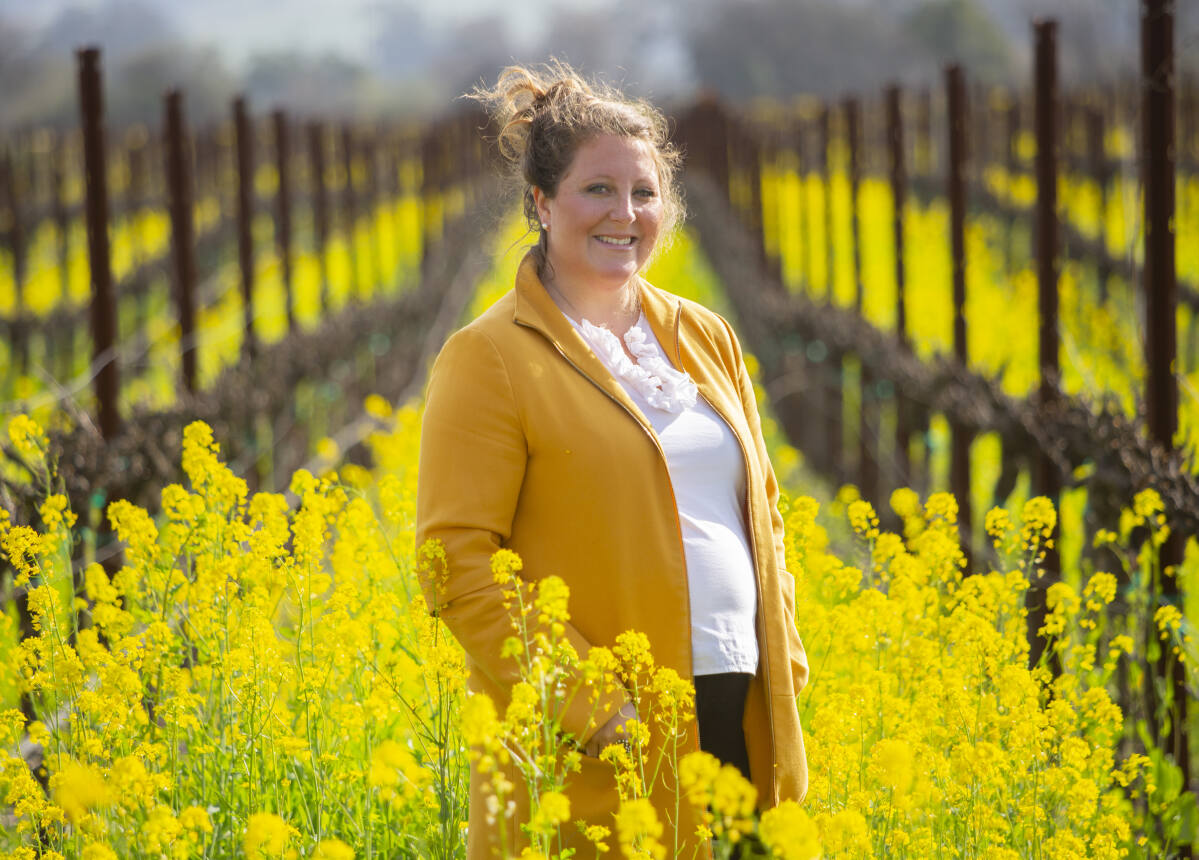 Seven generations of farming are in Maureen Cottingham’s blood and she spent the last 17 years working on behalf of wine grape farmers in Sonoma Valley. But soon Cottingham will turn her attention to two different crops.

“The time was now for our family in the succession plan for our family ranch,” Cottingham said. She announced earlier this week that she would step down from her role as executive director with the Sonoma Valley Vintners and Growers Alliance (SVVGA) to work for her family’s farm.

“I will be working at our family ranch as assistant manager for the next three years so that I can learn the ropes and be ready to take on the general manager position,” Cottingham said.

It’s a commercial operation in Ventura County growing avocados and lemons – they sell their lemons to Sunkist – and one that has been hit by fires over the last few years.

“There are some exciting times coming up at our ranch this spring and summer as we will be receiving avocado trees we have been on a waitlist from after the fires,” Cottingham said. “We will be replanting these blocks as well as new canyons that have never been planted before. This will give me fantastic opportunity to learn all that goes into planting new trees from ground preparation, laying out the irrigation systems, fertilization plans, tree spacing to layout of the orchard and the actual planting.”

She likened the challenges of her new job to similar ones that Sonoma Valley growers face. Ever-changing factors like water, pests and diseases, crop and market statistics, regulations – these things, she said, “represent industry issues that our family farming operation will continue to work through on a daily basis.”

“On a more personal level, I have so much to learn about all that goes into farming avocados and citrus. I am eager to get my boots dirty and jump in to the daily life of being a farmer and you better believe I’ll be calling all of my winegrowers for advice and coaching,” Cottingham said.

And those people who grow grapes here in Sonoma Valley, those who turn those grapes into wine, and those whose businesses rely on the wine industry to bring in visitors, will miss Cottingham.

“When I began working here, she shared so much of her knowledge about the Valley and its businesses with me. I can’t overstate how important her friendship and support has been to me both personally and professionally,” said Mark Bodenhamer, executive director of the Sonoma Valley Chamber of Commerce.

Prema Behan, co-founder of Three Sticks Wines and president of the SVVGA board, called Cottingham a “dynamo” and said it was Cottingham’s energy and commitment to what she does that prompted her to get personally involved with SVVGA several years ago.

“I had always admired her from afar,” Behan said of the work Cottingham did with fundraising events. “You can just tell what an incredibly intelligent woman she is and such a hard worker. I felt a kinship toward her.”

Bodenhamer agrees saying that she “has made an incredible impact on our business community here in the Valley” and “played a huge role in shaping the evolution and elevation of Sonoma Valley as a wine destination.” But as the SVVGA tagline goes – “the roots run deep” – Cottingham made sure “that we remain true to our agricultural roots and maintain the authentic community character that makes Sonoma so unique. That is a very difficult balance to strike and I greatly admire the way she walks that fine line,” he said.

Cottingham does not point to any one thing that she considers her highest point of achievement, but rather thought of the collective and united membership of SVVGA as a group success.

“Sonoma Valley is truly a special region that makes for a very special valley-wide organization working on behalf of the California Wine Industry and California Agriculture. SVVGA has never been stronger and for that I am very proud,” she said.

Perhaps the greatest challenge the wine trade group faces now is the global pandemic, she said.

She and her small team of two other employees have been “creative” in varying ways to support and promote the wine industry, Zahner said, including promoting online activities such as virtual tastings and the Sonoma Valley Presents program that started this month.

One project that Cottingham, her team and other SVVGA members have been working on for some time now is a map project, which identifies each vineyard in the region and will include finer details of vineyards such as soil type found, a project Zahner said is meaningful and memorable, one that will make Sonoma Valley vineyards and wines “known throughout the world.”

Behan said Cottingham will be instrumental in her transition between now and her final days in April. The wine industry was pushed in 2020 ‒ due to the pandemic and shelter-in-place rules that shuttered tasting rooms and limited the number of visitors ‒ to address how it positions and markets itself. The lockdown severely disrupted the wine industry and the hospitality industry in Sonoma Valley that is built off of wine, those interviewed said.

Even prior to the pandemic, dealing with wildfires and power outages created challenges for the industry, Behan said. “Change is here,” she said.

Cottingham’s work supported not just the wine industry, but the community as well. She has helped winery and vineyard owners coordinate vaccines for agriculture workers, and deal with wildfires.

“She has gone so far as to finding generators for wineries. There is no job too big or too small for her,” Behan said.

Cottingham said she was so touched by the outpouring of kind remarks in response to her announcement of her departure. The people of Sonoma Valley are what she will miss most, she said.

“Sonoma Valley will always have a piece of my heart,” Cottingham said.

When Behan told Cottingham that they will “do a party for her when we can all be together again.” Cottingham, expecting her third child, a boy, in mid-June said she’d be back, but “please wait until I can drink wine.”

Home Videos The WORLD of WINE – Wine News. Cheap wine, tasting notes and cooking with wine The World of Wine – May 2021 … END_OF_DOCUMENT_TOKEN_TO_BE_REPLACED

How to visit Napa Valley on a Budget. In this video Carson and I explain a few ways to enjoy Napa on the cheap. Tip and advice about how to visit Napa … END_OF_DOCUMENT_TOKEN_TO_BE_REPLACED

Home Videos Get To Know Argentina Wine | Wine Folly If you love Malbec, Argentina is your ultimate wine region. But that’s not … END_OF_DOCUMENT_TOKEN_TO_BE_REPLACED