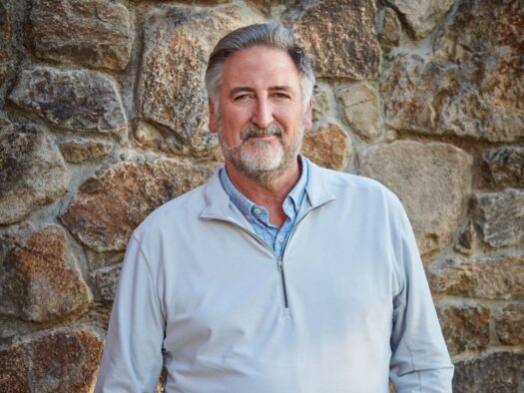 Beaulac’s most recent tenure was serving as general manager and winemaker at Napa’s Pine Ridge Vineyards from 2009–2020, where he oversaw the estate’s 160 acres. Prior to this time, Beaulac was vice president of St. Supéry Vineyards in Rutherford from 2001–2009.

He spent an interim period at Laurier Winery in Sonoma’s Carneros region working as a cellarmaster from 1989 through 1991. This opportunity gave way to becoming assistant winemaker back at Murphy-Goode, where he spent four years developing new varietal programs for pinot noir and zinfandel. In 1997, Beaulac went on to spend four years as winemaker for Markham Vineyards in St. Helena.

Tom Hinde has left his post as founding winemaker Yao Ming Wines. The winery stated Hinde was director of winemaking for Yao Family Wines from 2009 to 2020.

He previously spent 16 years, 1989–2005, as vice president and general manager for Kendall-Jackson Wine Estates. The announcement stated Hinde is chief winemaker for Taub Family Vineyards, Napa and leads winemaking for the family’s Au Contraire wines from Sonoma, and Mon Frere range from California.

Hennessey stated Kelley will have primary responsibility for portfolio management operations for the firm’s family of mutual funds. Neil Hennessy, the firm’s founder who previously was investment chief, will now serve as chief market strategist focusing on market and economic analysis, and he will continue to provide strategic outlook and direction for the firm.

Kelley joined Hennessy Funds in 2012 through the acquisition of FBR Funds. He received a Bachelor of Arts degree from Oberlin College. He is a CFA charterholder and member of both The Boston Security Analysts Society and the CFA Society North Carolina.

“I am thankful for this opportunity and am excited to take on a larger role in leading strategic and operational initiatives within Hennessy Fund’s outstanding investment management team,” said Kelley.

She recently worked for six years in the marketing department at Schug Winery. Johnson started working at wine importer Negociants USA in 2007. She built up her experience and knowledge while handling sales and marketing for imported Australian and New Zealand wines, her new employer stated.

Heather Ruiz, who has more than 20 years of public sector experience, is the city of Napa’s new director of human resources.

Most recently, Ruiz served as the director of human resources with the city of Vallejo from 2018 to 2021. There, she managed a staff of 17 employees while providing services to all Napa departments and 600 employees. Ruiz also served in an acting assignment in the Vallejo city manager’s office supervising the Housing Division, public information officer and administrative staff, among other programs.

Ruiz earned a Master of Public Administration with a specialization in public management from California State University, East Bay, as well as a Bachelor of Arts in psychology/business administration from the University of California, Los Angeles.

Strachan Chun lived and worked in San Francisco for two decades as a group account Director at Chiat Day Advertising, Head of Marketing for Esprit Worldwide and Revo Sunglasses, her new employer stated. At marketing agencies, she worked on mostly consumer products such as Dreyer’s Ice Cream, Reebok, Coca-Cola, and Lucas Arts. Her alcohol experience includes Bushmills and the widely popular California Coolers in the late 1980s.

Originally from Scotland, Strachan Chun graduated with a bachelor’s degree with merit from Edinburgh University.

Home Videos The WORLD of WINE – Wine News. Cheap wine, tasting notes and cooking with wine The World of Wine – May 2021 … END_OF_DOCUMENT_TOKEN_TO_BE_REPLACED

How to visit Napa Valley on a Budget. In this video Carson and I explain a few ways to enjoy Napa on the cheap. Tip and advice about how to visit Napa … END_OF_DOCUMENT_TOKEN_TO_BE_REPLACED

Home Videos Get To Know Argentina Wine | Wine Folly If you love Malbec, Argentina is your ultimate wine region. But that’s not … END_OF_DOCUMENT_TOKEN_TO_BE_REPLACED