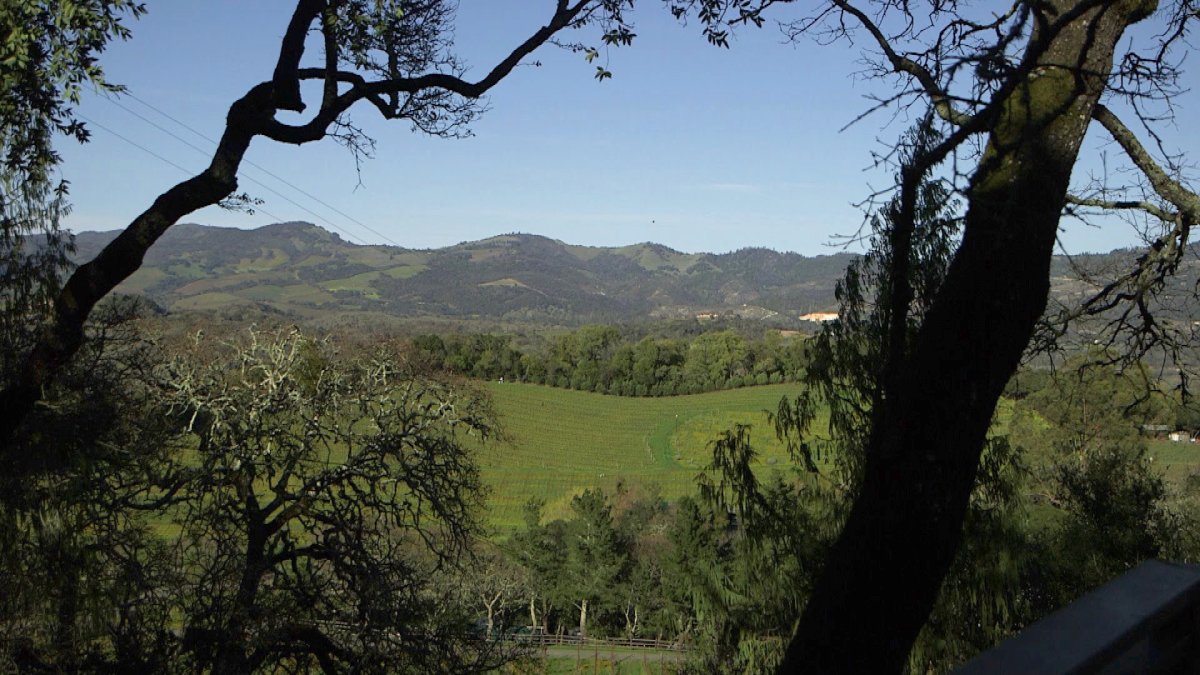 There was a time when Sonoma County would court tourists to the scenic valley and its famous vineyards for the fall harvest when the grapes, swollen with sugar, would be pressed into infant cabernet sauvignon and pinot noir wines.

But that message has changed somewhat since wildfires began to march across those scenic hills every autumn starting in 2017, claiming the fall harvest for their own. In a region that counts on $2 billion in tourist dollars, businesses have begun to reach out to visitors beyond what’s also now become the annual fire season.

“These fires have created a lot of trauma for a lot of people,” said Steve Ledson, owner of Ledson winery in Kenwood and Ledson Hotel in Sonoma. “It’s really affected tourism here in the Sonoma Valley.”

Ledson faced down the flames himself in both 2017 and 2020, employing hose and tractor to stop the fires from destroying his family’s castle-like winery. Last year, already battered by the pandemic, his hotel emptied as fires once again bore down on the area, saturating the air with oppressive black smoke.

“We don’t know when fire’s going to come for sure,” Ledson said, standing in the lobby of the hotel he built on Sonoma’s scenic town square. “So we have to learn to make other avenues, other places to land.”

Businesses like Ledson’s have begun pushing the message that Sonoma is now a destination all year round and not just during September and October. And it appears they’ve got the goods to back up their messaging.

In addition to vineyards, the region now touts fresh crab and salmon from its coast, craft beer from its local breweries and even a burgeoning marijuana harvest from its fields.

“Now virtually with the diversity we have,” said winemaker and farmer Mike Benziger, “Sonoma County is open for business twelve months out of the year.”

Like Ledson, Benziger has also taken up shovel to fight fires that have delivered flames every year since 2017, threatening his hilltop home in Glen Ellen. Last year, he and his son used a bulldozer to stop the flames from claiming the remains of Jack London’s historic home in Jack London Park.

Even this year, Benziger said he’s been startled by 94 hour winds that whip suddenly through his property, a product of nature scientists link to the changing climate.

“So when you wake up in the middle of the night and you see the sky glowing it’s not a very comforting feeling,” Benziger said looking out at the vine-covered valley below, pointing to the charred ridge line where the fires have crept in recent years. “Absolutely we’re in a new world, there’s no doubt about it.”

A stone’s throw from Sears Point Raceway, tucked behind a line of trees on Highway 37, a vast wooden lodge has popped up in the last couple of years, looking as though it were plucked from a ranch in Montana and deposited in the midst of wine country. It’s the home base of the new Wing and Barrel Ranch, a private hunt club where members plunk down $200 thousand to shoot clay targets, sip local wines, fish from a bass-stocked pond and eat gourmet meals in view of a massive stone fireplace mounted with a buffalo head.

But not long after opening last October, the club was hastily forced to close back up temporarily as nearby wildfires sent smoke and ash raining down onto the club’s new building patrons.

“We opened up in October and we opened up right before the last fire season,” said club founder Darius Anderson. “And so we had to close for some period of time.”

Like many business owners in Sonoma County, Anderson now touts the club’s peak season which he says falls outside the fall harvest and its high fire risk. Now the club’s mission to capture the spirit of California’s old west, includes an acknowledgment of the state’s current times and its fiery potential.

“Obviously the Sonoma area has been hit four out of the five last years with severe fires,” Anderson said. “And so it’s something we really are concerned about.”

Two decades ago, wine tourism was the only show in town. The bulk of the county’s visitors would flock to the area during the narrow window of September and October, to sip wine as the next batch was moving from vineyard to bottle.

Ledson said there are now threats to local tourism even when there isn’t a flame in sight; smoke from fires in other states can blow in; and the potential for PG&E to shut down power during prime fire conditions as it did last year forcing Ledson’s hotel to refund hundreds of thousands of dollars. Now Ledson is among those preaching to tourists to plan trips to Sonoma beyond the grape’s prime time.

“Come when it’s slower, come when you can actually have a conversation,” Ledson said. “You can meet the winemaker, meet people in the vineyards.”

Home Videos The WORLD of WINE – Wine News. Cheap wine, tasting notes and cooking with wine The World of Wine – May 2021 … END_OF_DOCUMENT_TOKEN_TO_BE_REPLACED

How to visit Napa Valley on a Budget. In this video Carson and I explain a few ways to enjoy Napa on the cheap. Tip and advice about how to visit Napa … END_OF_DOCUMENT_TOKEN_TO_BE_REPLACED

Home Videos Get To Know Argentina Wine | Wine Folly If you love Malbec, Argentina is your ultimate wine region. But that’s not … END_OF_DOCUMENT_TOKEN_TO_BE_REPLACED